RIO strikes a chord with SlickCast. Does fly line innovation take a leap? 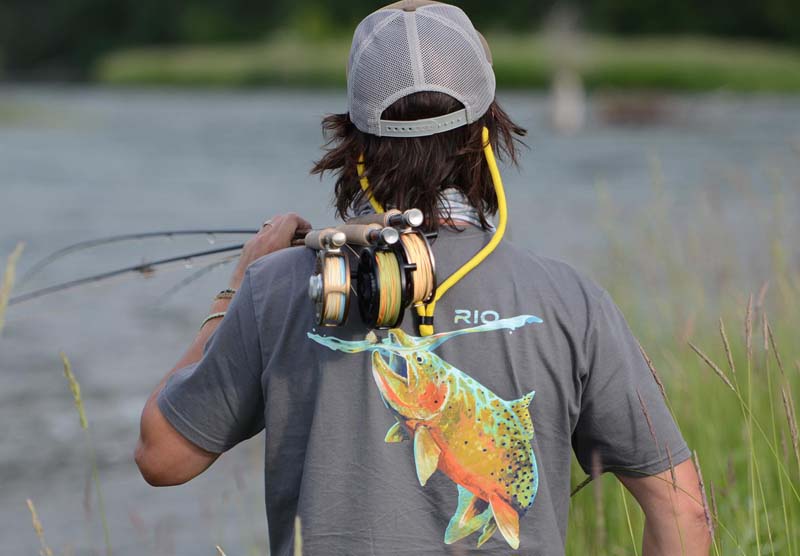 Man, you could empty the spool

The last innovation related to “slick” in fly lines with an outfall of long-distance casting was Scientific Anglers’ [SA] Sharkskin in 2007. When the line hit the fly shops, it was promoted by its developers: Bruce and Richards, Jeff Wierenga, Tim Pommer, as having the “lotus” effect.

Its performance summarized – casting further than any other fly line. In reality, nothing was even close

It had dimples as we see in golf balls, and in casting that meant that each foot that past through the guides did not equal a foot of contact. There was less friction or resistance.

The negatives overrode the positives – it was very abrasive having a saw-like quality that could and did slice fingers on retrieves, and it cost $100

Everything following for SA using the “dimple effect” was a reduction in “saw-like” and other amendments to the line in other ways. Today, SA “modified” versions are still excellent long-distance casting lines.

Now, there’s another long distance runner and it’s “Slicker than you know what – on a shovel.” Its from the top-of-the-hill gang at RIO Products. They call the line SlickCast, and its supposedly available June 24, 2020. My fly shop, Fish Hawk in Atlanta, doesn’t yet have all the lines – just 5- and 6-weights with delays expected because of COVID 19.

Here’s what they’re saying about SlickCast:

RIO’s SlickCast creates the slickest, most durable coating on the market – producing the least amount of friction ever measured on a fly line. What does slick get you? For starters, the line flies through the guides with higher line speeds for unprecedented and effortless distance. The slick coating allows anglers to fish more effectively as line slides out of the guides with less friction for extended drag-free drifts.

Additionally, SlickCast continuously releases essential slickening agents that migrate to the line’s surface. This migration ensures that the line remains as slick as the day it was made – giving anglers many years of high performance and effortless distance.

As for durability, SlickCast’s proprietary formulation produces the most robust and most durable fly line coating. Lab tests show that a line built with SlickCast lasts 140% longer than our nearest competitor in abrasion testing and lasts 33% longer when testing a fly line for cracking – that is one tough fly line! — RIO PR