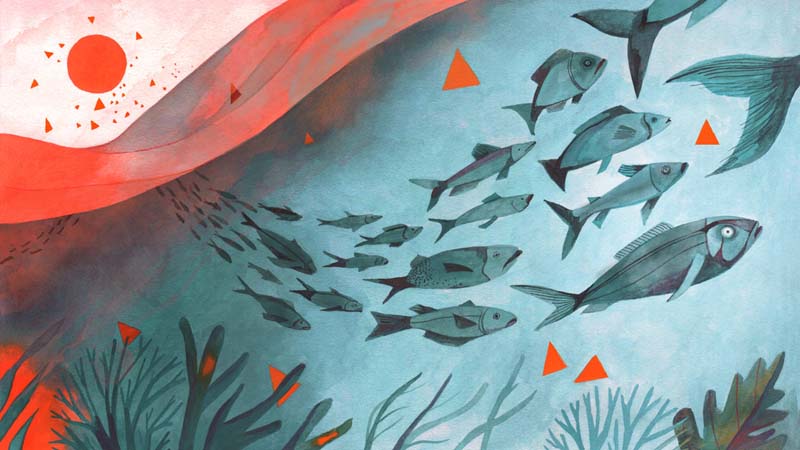 Most Animalia adapt to climate change over millennia, but some become extinct

Maybe the joke is on us?

While we all enjoy a good lawyer joke or evening weather forecaster joke – we run for their cover when a speeding ticket could triple auto insurance, or the weather threatens a near-future trip, for example, a fly fishing trip to the north Georgia mountains for trout, a flats trip to the Florida Keys for bonefish, or a Bristol Bay trip for Pacific salmons.

Any discerning angler would check the week’s forecast with the National Oceanic and Atmospheric Administration [NOAA], a scientific agency of the United States Department of Commerce that focuses on the conditions of the oceans, major waterways, and the atmosphere … before departing.

Now, with climate change a reality even for flat earthers, thinking about the weather has serious long term implications not only for us, humanoids, but flora, fauna, and gill-bearing Animalia. Stories connecting disasters to climate change bears paying attention. Like the dam that failed in Central Michigan on May 19, giving way for the same reason most do: It was overwhelmed by water. Almost 5-inches of rain fell in the area in the previous two days, after earlier storms had saturated the ground and swollen the Tittabawassee River, which the dam held back.

More of the nation’s 91,500 dams are at risk of failing – according to engineers and dam safety experts

No one can say whether the intense rainfall that preceded this disaster was made worse by climate change. But global warming is already causing some regions to become wetter, and increasing the frequency of extreme storms, according to the latest National Climate Assessment. The trends are expected to continue as the world gets even warmer.

The latter drastically affects fish, which encompasses spawning, habitat, seasonal water levels and temperatures, and unnatural spikes with durations affecting any or all of the latter.

On days when temperatures soar, and especially during extended periods of high temperatures, the catch and release fisherman should pay specific attention to stream temperatures throughout the stream he or she is hoping to fish. When temperatures in moving water exceed 68°F (20°C), it’s best to call it a day. For bonefish, it is below 70 and above +/- 84.

There’s an interesting New York Times story that looks at climate change that one can relate to affecting angling – both saltwater and freshwater:

The government researchers said hotter than average temperatures are expected across almost all of the United States into September.

Following a May that tied for the hottest on record, the United States is heading into a potentially blistering summer, with hotter than average temperatures expected across almost the entire country into September, government researchers said on Thursday.

Dan Collins, a meteorologist with the National Oceanic and Atmospheric Administration’s Climate Prediction Center, said that for July, August, and September across almost the entire United States, “the average temperatures are likely to be above normal,” especially in the West and Northeast.

The trends over the last few decades are clear. The most recent figures are in line with a general warming trend: Each decade since the 1960s has been warmer than the one before, and the five hottest years occurred in the second half of the last decade.

High temperatures were likeliest in the Mid-Atlantic states, Northeast and New England, and across much of the West, the Rocky Mountains and Southwest. Only a small part of the Midwest, centered around Missouri, has an equal chance of lower-than-normal temperatures, according to an analysis by the Climate Prediction Center.

But May was also cooler than average across much of the Plains and the East Coast, said Karin Gleason, a NOAA climatologist.

It is now virtually certain that globally, 2020 will be one of the five hottest years on record, she said. But it’s less likely that 2020 will eclipse 2016 as the hottest ever. NOAA now estimates there is about a 50 percent chance that 2020 will be a record breaker, down from about 75 percent a month ago.