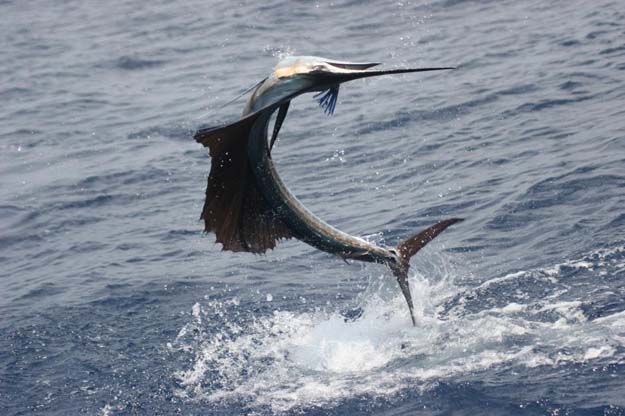 “We would like to thank Senators Nelson, Rubio, Moran and Manchin for their leadership and the U.S. Senate for passing this important amendment to the Billfish Conservation Act,” said Jeff Angers, president of the Center for Sportfishing Policy. “The passage of S. 396 brings us one step closer to closing the U.S. market for billfish and protecting these majestic fish as Congress originally intended five years ago.”

The Billfish Conservation Act of 2012 banned the importation of all billfish caught by foreign fleets into the continental United States and, perhaps most importantly, set an example for other countries to pursue similar conservation efforts once thought impossible. However, questions arose over whether the same prohibitions on foreign-caught billfish imposed by the bill also applied to billfish caught commercially in Hawaii. If commercially caught billfish could be transported from Hawaii to the U.S. mainland, it would circumvent the intent of the conservation measure. S. 396 simply clarifies that billfish landed in Hawaii must be retained there.

“The original intent of the Billfish Conservation Act of 2012 was to protect billfish – not to remove a foreign market and supplant it with a domestic one,” said Jason Schratwieser, conservation director for the International Game Fish Association. “This important piece of legislation removes all ambiguity by clearly stating that absolutely no marlin, sailfish or spearfish will be sold in the continental United States.”

Prior to the passage of the Billfish Conservation Act, the U.S. was the number one importer of billfish in the world. U.S. calls for greater billfish conservation in international fishery management circles in the past were often met with skepticism and disregarded. Implemented as originally intended, the law should make it easier for the U.S. to establish a greater leadership role for the international protection of billfish.

“The sportfishing industry is grateful for the action taken by the U.S. Senate to ensure adherence to the original intent of Congress when the Billfish Conservation Act was first passed,” said Mike Nussman, president, and CEO of the American Sportfishing Association. “Recreationally caught billfish provide significant economic benefits to the nation and must be conserved for the benefit of current and future generations.”

Featured Image: Sailfish. NOAA Fisheries Image Gallery. Photo by John Graves.
Sailfish live in warmer sections of all the oceans of the world. They are predominately blue to gray in color and have a characteristic erectile dorsal fin known as a sail, which often stretches the entire length of the back. Another notable characteristic is the elongated bill, resembling that of the swordfish and other marlins.