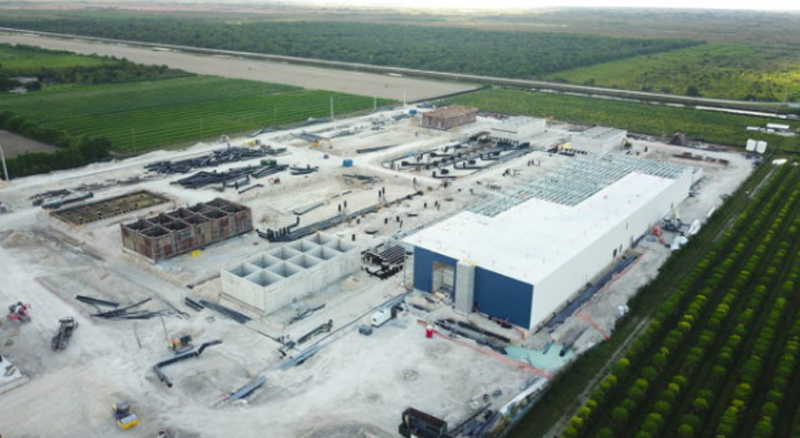 Is It True: Atlantic salmon to be harvested in Florida this July? 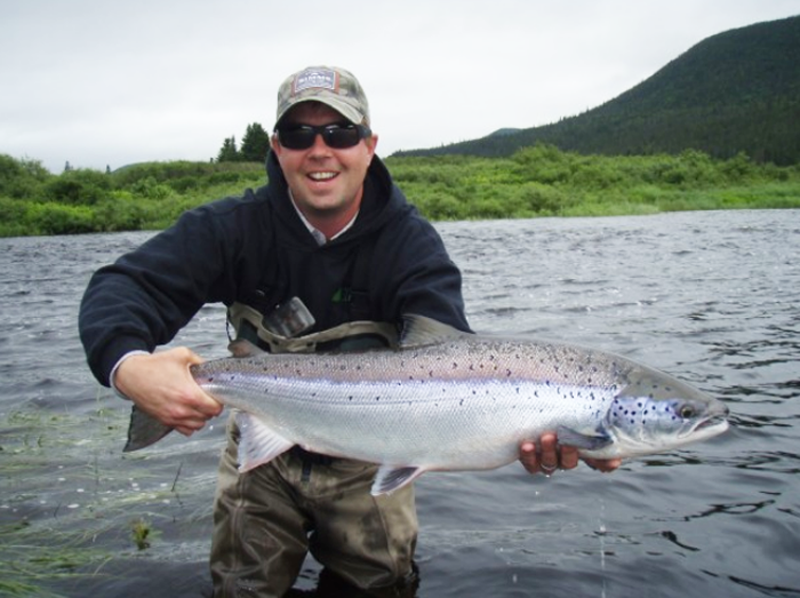 All eyes have been on Atlantic Sapphire since at least 2014. No, you won’t be fly fishing for them any time soon. If you remember, it was back in 2014 when Undercurrent News first reported then 37-year-old co-founder and CEO Johan Andreassen planned to build a recirculating aquaculture system (RAS) on what used to be a giant tomato field about 30 miles from Miami.

Almost a year ago Andreassen announced at a meeting in Brussels, Belgium, the company’s intention to expand beyond its first-year goal of 10,000 metric tons of fish to a production rate of 90,000t per year by 2025, delivering what was reported then to be a quarter of all the Atlantic salmon consumed in North America. More recent reports suggest the amount is equivalent to 12.5% of the salmon consumed in the continent. 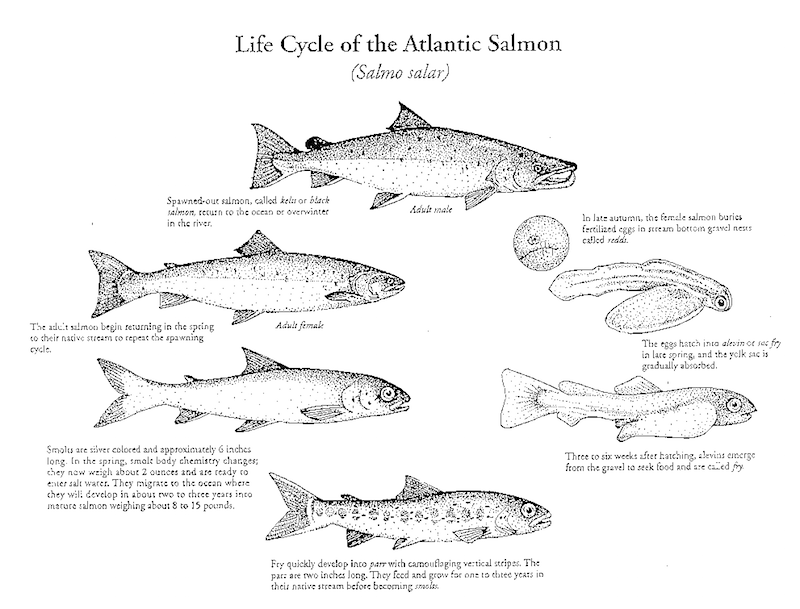 The project will realize [forecast] a positive fiscal impact on Miami-Dade County of $6.2 million over the 10-year period of the [Targeted Jobs Incentive Fund Program] award. Miami-Dade County would pay the company $296,000 yearly for the first nine years of the decade-long incentives disbursement. A $2.04 million bonus, equal to 0.15% of the total capital investment for every 50 jobs created, would then kick in for a 10th-year payment of $2.336 million.

Andreassen announced the additional goal at the Brussels meeting of harvesting as many 220,000t of Atlantic salmon per year by 2030

The North American finfish RAS industry is counting on Atlantic Sapphire’s success as the company looks to be its biggest and is already its most attention-getting player, ahead of at least 25 other finfish RAS facilities already harvesting fish or under construction with plans to harvest soon.

The combination of the salmon die-off and the collapse of the market blamed on the coronavirus caused Atlantic Sapphire’s stock, publicly traded on the Oslo Stock Exchange’s Merkur Market for small-to-midsized companies, to tumble 49% from a high of NOK 141.50 ($13.32) on Feb. 21 to NOK 72.20 ($6.80) on March 23.

Part of the remaining confidence in Atlantic Sapphire is that it remains on course to deliver its annual production of about 10,000 metric tons starting in the third quarter of 2020. Despite the coronavirus, the company does “not expect any delays in production in either location”, Navarro said, referring also to its much older and more established Denmark RAS facility.

The spokesperson declined to answer all of Undercurrent’s many detailed questions, such as the specific month when Atlantic Sapphire would hold its first harvest, how many fish it would initially cull or how it would price its fish. However, in October 2019, the company reported that it had moved its first cohort of salmon — some 500,000 fish — from freshwater smolt tanks to saltwater tanks, putting them on pace to reach the ideal roughly 10-pound weight to be harvested by July at the latest.

One salmon RAS expert interviewed by Undercurrent suggested that Atlantic Sapphire’s first large batch of fish could have its harvest stretched out over an eight- to 12-week period. The key is to have the harvest quickly enough to not overlap with another group of fish reaching their maturity and being ready for harvest.

“Once we start harvests in the third quarter of the year, we will continue to have regular harvests and steadily increase harvest volumes until reaching our target rate production volume of 10,000t (head-on, gutted) a year, which we expect to reach quickly.”

The MIAMI BLUEHOUSE™ will bring production of Atlantic salmon close to the consumer in America, ensuring a fresher and better salmon than ever before. Moreover, it removes the need for airfreight that generates large carbon footprints. The Miami Bluehouse will also bring significant amounts of jobs for Americans and tax contribution. Saffire corporate photo. Atlantic Sapphire is a Norwegian land-based Atlantic salmon farmer.

Navarro initially declined to answer Undercurrent’s questions about any concerns or expectations the company might have regarding prices. But she confirmed the accuracy of comments made by Jose Prado, Atlantic Sapphire’s chief financial officer and executive vice president, in an article published last month by the Miami Herald. 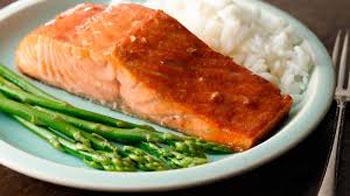 Prado said Atlantic Sapphire will charge about a 20% premium over other Atlantic salmon as the company believes it is selling a “superior product” that’s  healthier and more environmentally correct – and tastes better.

“Atlantic Sapphire is launching its own label to the market, ‘Bluehouse Salmon’, which will highlight the differentiating attributes of our production system, animal welfare conditions, sustainability and the quality of the final product.” — Lola Navarro, intrafish.com

Join the Atlantic Salmon Federation and learn more about  where they live and spawn, their incredible life cycle, how to catch them and help a  preserve the future of  the the “King of Fish”, and get the coveted ATLANTIC SALMON JOURNAL quarterly delivered FREE to your doorstep. Click here to join . . . 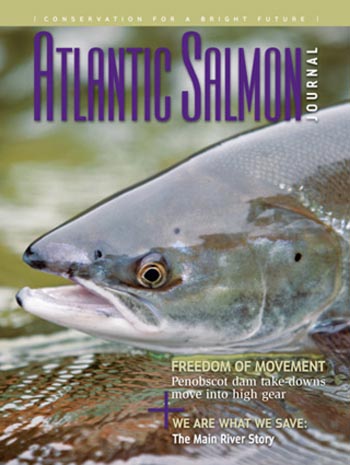 Click on cover to read our 2017 story STATE OF ATLANTIC SALMON.