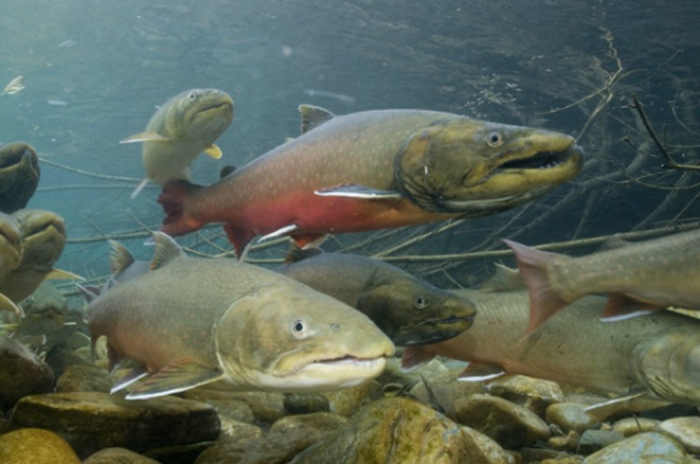 WASHINGTON – A new bipartisan Senate bill that would authorize more than $1 billion every year to critical state-level fish and wildlife conservation work is drawing the enthusiastic support of public lands sportsmen and women.

The House version of the bill, H.R. 4647, was introduced in December by Reps. Jeff Fortenberry (R-NE) and Debbie Dingell (D-MI) and complements S. 3223, with strong bipartisan support for funding state-specific needs and conserving our $887 billion outdoor economy. More than 70 House members are cosponsors of H.R. 4647.

“Over time, small investments in conservation can yield big dividends,” said BHA Conservation Director John Gale. “By strategically funding state-level efforts to preemptively halt population declines and improve habitat for game and nongame species, these bills make a significant, long-term investment in our public lands and waters. Our champions in Congress are demonstrating leadership on behalf of our outdoor traditions and local communities that depend on wildlife related recreation to support their economies. They deserve our thanks.”

The introduction of the Senate version of the Fortenberry-Dingell bill further advances efforts by a broad coalition of stakeholders, the Alliance for America’s Fish and Wildlife, to develop a strategy for restoring important habitat while also bolstering public opportunities to hunt and fish. Comprised of outdoor industry leaders, state fish and wildlife agency officials, conservation groups and business interests, as well as hunters and anglers, the coalition has been actively pushing for comprehensive conservation funding legislation since its formation.

The energy and dedication brought each and every day by our state wildlife managers to their work is undeniable,” said BHA President and CEO Land Tawney, “but we must ensure that they have the tools and resources they need to do their jobs effectively, thereby supporting our lands and waters, the critters that live on them and our fishing and hunting opportunities. The Recovering America’s Wildlife Act provides state managers this critical support while also driving the nation’s growing outdoor recreation economy – $887 billion annually and on the rise.”

Featured Image: Lahontan cutthroat trout, listed as threatened under the Endangered Species Act, are coming back to their native watersheds thanks state-of-the-art techniques used by TU scientists to map and model suitable habitat. Image courtesy of TU.