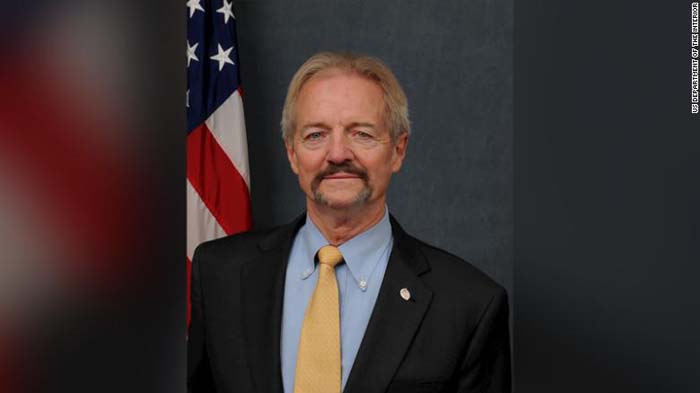 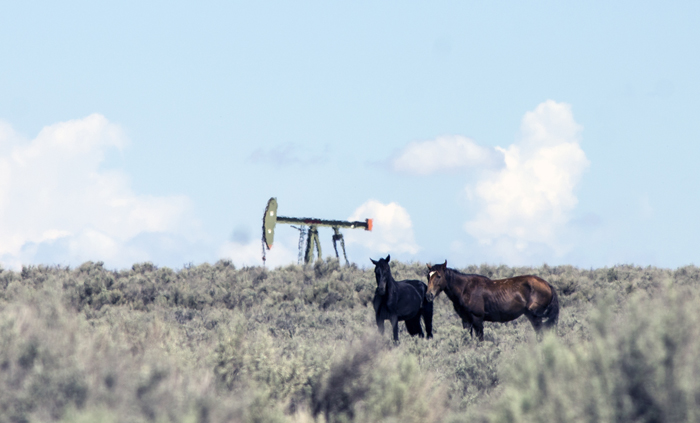 Two wild horses near an old pump jack in the Greater Chaco Region. Photo by Jonathan Thompson a contributing editor at High Country News. He is the author of River of Lost Souls: The Science, Politics and Greed Behind the Gold King Mine Disaster. Email him at jonathan@hcn.org or submit a letter to the editor.

[dropcap]I[/dropcap]n mid-October, William Perry Pendley, the acting director of the Bureau of Land Management, warned environmental journalists at a conference in Fort Collins, Colorado, about the greatest problem facing the 244 million acres of public land that he is charged with overseeing. This scourge “wreaks havoc” everywhere it goes, and — far more than a mere headache for land managers — it is an “existential threat” to the lands that Americans hold dear. And that threat is? Wait for it … wild horses.

The statement was so over the top, so ignorant of the actual threats to the planet, that one almost expected Pendley to pull out a Sharpie, a la President Donald Trump, and scribble on a map showing the projected storm path of a vast herd of feral equines, before revealing that the whole scene was the opening skit for Saturday Night Live. But Pendley wasn’t joking. Whether he believed what he said, or was just throwing it out there to distract folks from the real threats — namely, his and his bosses’ environmental agenda — remains unknown.”

U. S. Department of the Interior photo of William Perry Pendley, a Heritage Foundation member – compares the environmental movement to communism and denied the existence of the hole in the ozone layer — which has been scientifically well established. Pendley is also a firm believer in white supremacy and claims immigrants cause all our diseases. Pendley is the latest incompetent and radical anti-public lands antagonist appointed by the Trump Administration.

Horses — whether wild, feral or domesticated — can, indeed, make a mess of things

An estimated 88,000 wild horses and burros currently roam federal public lands. Each of them weighs, on average, 850 pounds, and eats as much as 25 pounds of grasses and forage per day. Their hooves trample and lay waste to big swaths of cryptobiotic soil, the living crust that keeps much of the Western landscape from dissolving into a cloud of dust. These animals do not tread lightly.

So, yes, wild horses do, indeed, cause damage. Pendley’s not wrong about that. It’s his use of superlatives, his claim that wild horses are the biggest problem facing public lands — even an existential threat — that stretches the bounds of logic.

According to Pendley’s own reasoning, for example, cattle should be a much greater menace. The average beef cow, according to Beef magazine, weighs 500 pounds more than a wild horse, meaning its hooves will cut that much deeper into the delicate soil. Each of these walking hamburger factories eats more, poops more, and tramples vegetation more thoroughly than a wild horse. Plus, there are a heck of a lot more of them: Last year, close to 2 million head of cattle feasted upon BLM lands, with another couple million on Forest Service land.

Pendley said that horses leave land “so devastated and destroyed” that it will never recover. The same can be said of oil and gas companies

For each of the 23,000 wells drilled on public land over the past decade, more than an acre of land was scraped clean of all vegetation, top soil, cactuses, sagebrush and even centuries-old juniper trees. The hulking drill rigs then came in and churned miles into the earth, followed by fracking trucks, which blasted water, chemicals and sand into the hole. For weeks or even months afterward, tons of methane — a potent greenhouse gas — along with harmful volatile organic compounds were flared or vented from the wells. Oil or wastewater spills are not uncommon.

And yet Pendley doesn’t seem to see grazing, oil and gas, or any other extractive industry as a potential problem for public lands. Nor has he expressed concern about global warming-driven wildfires that rage almost year-round, about the potential extinction of the sage grouse or the widespread drought that even one of the wettest winters on record couldn’t end. And Pendley completely ignored the impacts of the burgeoning numbers of human beings now flocking to public lands for recreation. 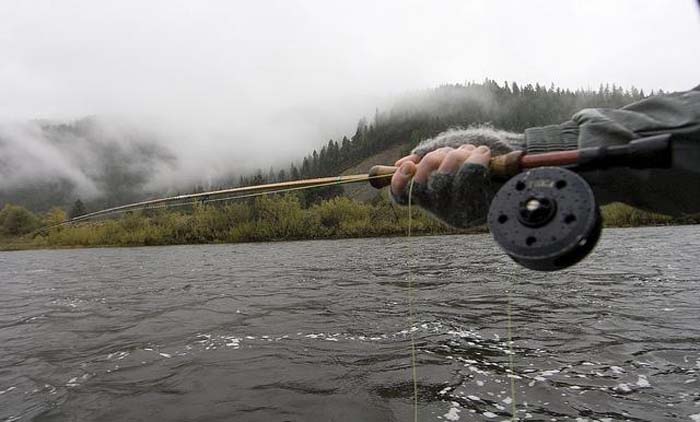 Instead, Pendley is fixated on wild horses, in a clear attempt to distract Westerners from his larger purpose

Prior to becoming a federal bureaucrat, Pendley was the president of the Mountain States Legal Foundation. Under his leadership, that organization fought in court to overturn a ban on uranium mining near the Grand Canyon, it represented oil and gas interests fighting for their “property rights” to drill on public land, it fought the Northern Arapahoe and Eastern Shoshone tribes’ ability to administer the Clean Air Act on land taken from them in 1905, and it attempted to overthrow protections for endangered species. Pendley has spent much of his life waging an ideological crusade intent on wrecking the very agency that he now oversees.

Pendley claims that his own past is irrelevanthttps://www.hcn.org/articles/climate-desk-blm-head-what-i-thought-what-i-wrote-what-i-did-in-the-past-is-irrelevant, and that these days he is merely following orders. If that’s true, it’s only because his superiors’ aims align so closely with his. The Trump administration has systematically weakened its own government agencies, torn down environmental protections, attacked tribal sovereignty, and done everything it can to turn public lands into profit-making machines for corporate interests.

The real problem with wild horses is that there’s no money to be made from them. And by focusing on them, Pendley hopes to divert our attention from the true threat to public lands: unbridled greed

Jonathan Thompson is a contributing editor at High Country News. He is the author of River of Lost Souls: The Science, Politics and Greed Behind the Gold King Mine Disaster. Email him at jonathan@hcn.org or submit a letter to the editor.

Pendley, a Heritage Foundation member, compares the environmental movement to communism and denied the existence of the hole in the ozone layer — which had been scientifically well established. Pendley is also a firm believer in white supremacy and that immigrants cause diseases.