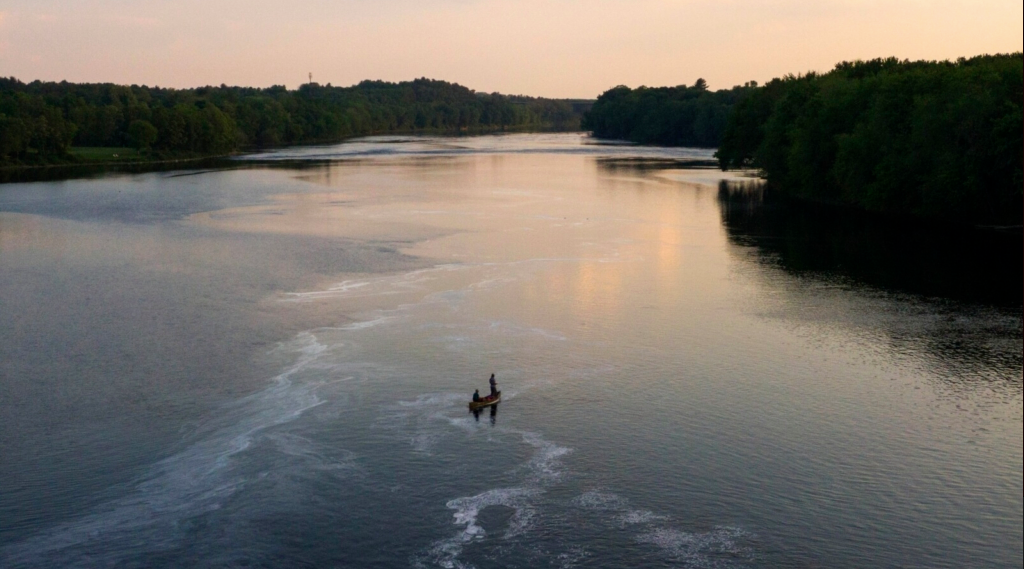 Clean Water Act: A real story of how gems can rise out of the toilets 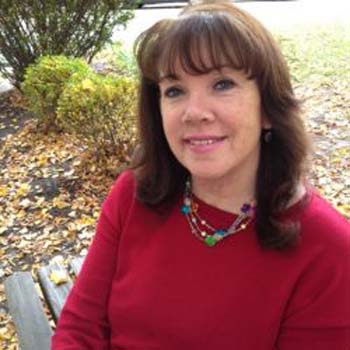 Amy Calder covers Waterville, including city government, for the Morning Sentinel and writes a column, “Reporting Aside,” which appears Mondays in both the Sentinel and Kennebec Journal. She has worked at the newspaper 29 years, including a stint as bureau chief for the Somerset County Bureau in Skowhegan, and has covered a variety of beats. A Skowhegan native (who is proud to say she was born in Waterville), she holds a bachelors in English from University of Hartford and completed post-graduate work in the School of Education at University of Massachusetts at Amherst. She holds more than a dozen awards from the Maine Press Association and New England Associated Press News Executives Association. Calder lives in Waterville with her husband, Philip Norvish, a retired Sentinel reporter and editor.

Waterville, Maine: Willie Grenier remembers casting a line in the Androscoggin River in the Lewiston-Auburn area when he was 12 and hearing a toilet flush nearby, its contents flowing right through a pipe into the water.

That was before the Clean Water Act of 1972 was enacted when rivers, including the Kennebec River, were open sewers, he said.

“We’ve come a long way since then, but we have a long ways to go,” said Grenier, now 74, of Waterville.

Grenier has fished many years in Ticonic Bay on the Kennebec — the area between the Lockwood Dam in downtown Waterville and the rapids by Halifax Park in Winslow — taking hundreds of people to fish and enjoy the wildlife. Bald eagles can fly overhead, sturgeon jump into the air and shad, or river herring, which are plentiful in spring and early summer.

“If you sit on a park bench in Ticonic Bay in June or early July and look out on the river, you’re going to see sturgeon jumping out of the water, and you’re talking 6-foot sturgeon,” Grenier said. “There’s bottleneck sturgeon that have come from the ocean up to Waterville.”

The scene along the river is far different from the 1970s when people were warned away from the Kennebec. Maine guides and others say it is now a destination spot for fishing, boating, canoeing, and kayaking in places below the Lockwood Dam and downriver. The polluted history of the river is so ingrained in generations of people that many may not be aware of the recreational opportunities the Kennebec now provides in Waterville and Winslow, they say.

Until this year, when river levels were low, the shad were so plentiful a person with little skill could catch 30 shad in that area in three or four hours, according to Grenier, who said the average was about 15.

“In July, August, and September, the smallmouth bass show up, and it becomes a great place to catch them,” Grenier said. “The reason that happened is that baby alewives and baby shad start coming down from where they were born and head out to sea.” 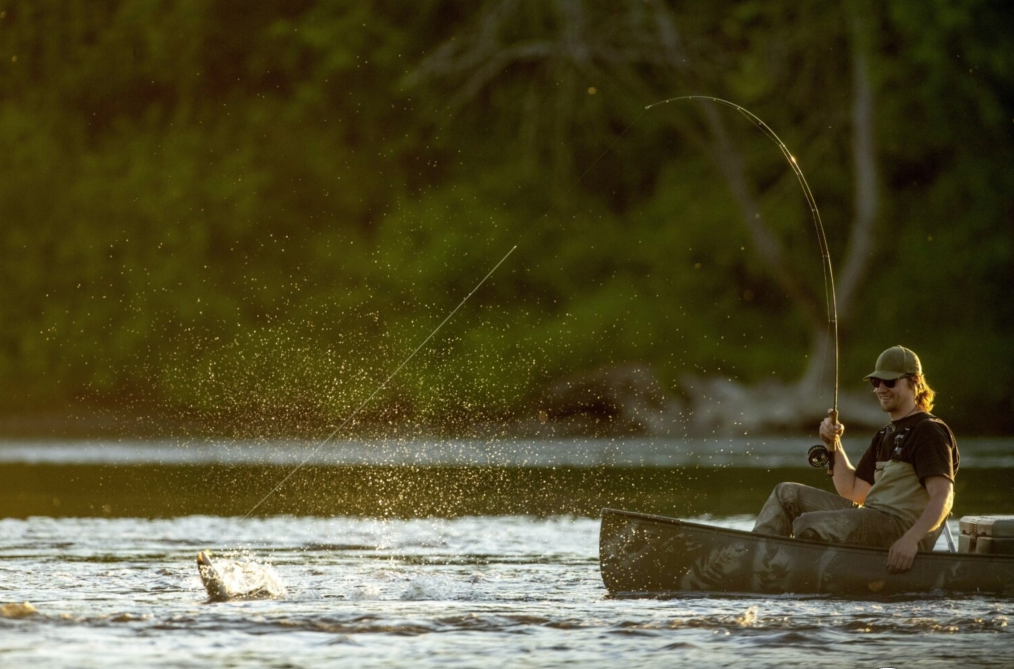 An angler wrestles with an American shad while fly fishing from a canoe below the Lockwood Dam on the Kennebec River in Waterville in June. The portion of the Kennebec passing between Waterville and Winslow is seen as a hidden gem that’s quietly become a destination spot for fishing and other recreation. — Michael G. Seamans/Morning Sentinel

Like Grenier, Richard Behr also spends time on the Kennebec. Behr, a Registered Maine Guide, and Three Rivers Guide Service owner, fish from about a quarter-mile below the Lockwood Dam downriver to Sidney. He launches his drift boat at the boat landing off Water Street in Waterville’s South End.

“I love the river, and I spend a lot of time on it up in Waterville,” he said.

Like Grenier, Behr, a 62-year-old hydrogeologist, takes people out on the river for a view of the wildlife.

One day he and a client were eating lunch on the boat when they saw a bald eagle swoop down into a flock of squawking geese. Then, as a second eagle appeared, they saw a great blue heron take flight out of the frenzy, and the eagles flew after it, Behr recalled. Thinking the heron was on a flight path right to the boat, Behr stood up and waved his arms, but the heron landed just off the stern and stood in the shallow water, knowing the eagles wouldn’t attempt to come near people.

“Those are the things that are so much fun to see, and that’s a memory that client’s not going to be able to shake,” Behr said.

He said he spends a lot of time on lakes and ponds, but the river is more alive with its changing currents and water levels, although people, particularly those who wade in the water, need to be aware of those changes. Hunter Smith hauls his kayak onto an outcrop of rocks in June as he looks for a spot to fish for striped bass under the Ticonic Bridge on the Kennebec River between Waterville and Winslow. The portion of the Kennebec between Waterville and Winslow is seen as a hidden gem that’s quietly become a destination spot for fishing and other recreation. — Michael G. Seamans/Morning Sentinel file

Jeff Reardon, Maine Brook Trout Project director for Trout Unlimited, says the Edwards Dam removal in Augusta in 1999 prompted the alewife population to explode. In the spring and fall, he said, one can wade across the Kennebec from Winslow to Waterville and see the concentrations of shad and striped bass.

Starting around May, the shad arrive and are concentrated from below the Lockwood Dam to the Donald V. Carter Memorial Bridge downstream, according to Reardon.

“It’s world-class shad fishing, probably the best in New England, and 22 years ago, it didn’t exist, ” he said.

Grenier said the dam prevents the shad and Atlantic salmon from going upriver to spawn. He and others support the removal of dams in the Kennebec from Waterville to Skowhegan.

“If we want to restore the Atlantic salmon to the Kennebec,” Grenier said, “those four dams need to leave or find a way that they can get to the Sandy River, or they’ll be extinct.”

A retired, 35-year teacher at Clinton Elementary School, Grenier notes that the concentration of shad below the Lockwood Dam would change if the dam were no longer there, as they would go upriver to their spawning grounds.

“I’m waiting for the day that I can no longer catch shad in Waterville,” he said. 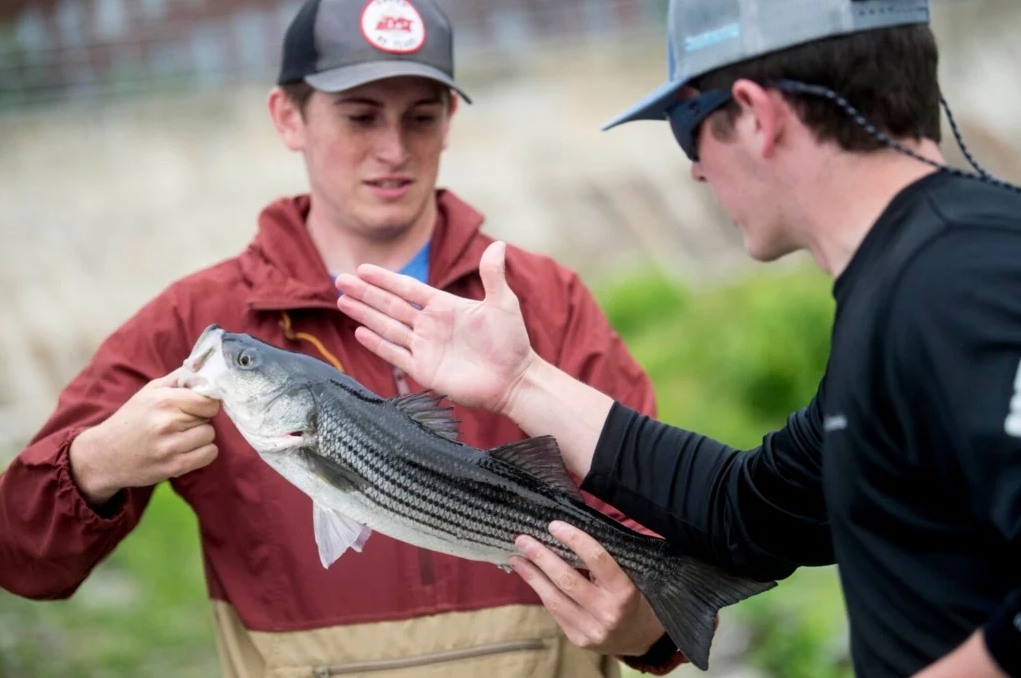 Hunter Smith, left, holds the striper he caught June 14 as his friend, Jack Moore, measures the catch with his forearm on the banks of the Kennebec River next to the Brookfield Dam south of the Ticonic Bridge in Waterville. — Michael G. Seamans/Morning Sentinel file