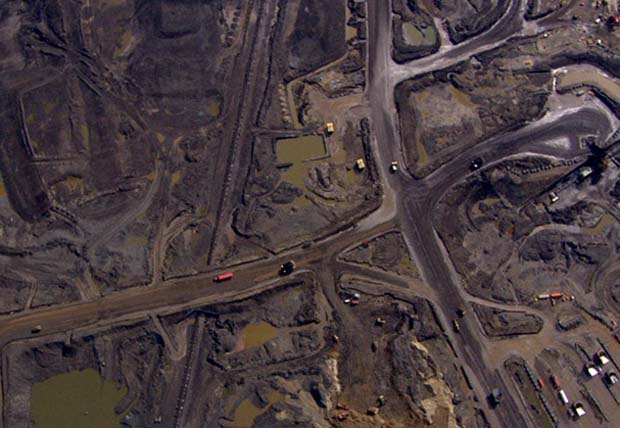 Conservation: Canadians don’t seem to like “their XL pipeline” either

Most enlightened Canadians do not want Enbridge’s Northern Gateway project to have their Exxon Valdez roll-of-the-dice oil spills. Canada’s rugged western coastline is unspoiled, one of the planet’s most salmon rich destinations and a magnificent habitat for wildlife.

Joseph Hazelwood was the drunken captain of the Exxon Valdez tanker that went aground in Alaska, on March 24, 1989. Hazelwood, too drunk to drive, allowed an oil spill of and estimated 750,000 barrels of crude into pristine Prince William Sound. The Exxon spill would eventually pollute 1,300 miles of Alaskan wilderness coastline, and 11,000 square miles of ocean. Until the 2010 Deepwater Horizon oil spill, the Exxon’s spill was the largest in history. Unlike the BP spill, Prince William Sound’s remote location, accessible only by helicopter, plane, or boat, made government and industry response efforts difficult and severely taxed existing plans for response. The spill killed an unknowable amount square miles of sea bed and land habitat, salmon, sea otters, seals and seabirds.

All Enbridge single cased metal pipelines that force tar shale continuously through them wears away the metal casing and eventually bursts. Rocks and grit embedded in the thick tar gunk, lubricated by water to help the stuff flow, will burst through the metal casing. Not maybe, but when and where. The aggregate files grooves into the metal pipe or any material. When one section bursts it requires a new section to replace it. There are near and distant sections that will keep bursting when the flow and pressure is resumed.

And here’s the travesty of it all:

The principal contractor, Enbridge, with the largest share of earnings has no liability having offloaded it to the lesser players. Civic and state authorities have no profits or funds sufficient out of their share, if any, to repair the enduring pollutionscape.

[dropcap]C[/dropcap]anada’s northwest coast stands alone as one of our planet’s last unspoiled coastlines. Its rich assemblage of wildlife, wild rivers, and intricate landscapes makes it qualitatively different from any other place in the world.

British Columbians have increasingly come to cherish this maritime commons of waters, islands, and forests. According to an Angus Reid public opinion poll, wild salmon – the foundation species on which this coastal bounty is built — are as important to British Columbians as the French language is to Quebec.

With March 24 marking the 25th anniversary of the Exxon Valdez oil spill, this disaster provides a lens into considering the Enbridge Northern Gateway project and the risk it poses to wild salmon, one of our country’s greatest natural assets.

A recent report by the Raincoast Conservation Foundation concluded that the consequences just to wild Pacific salmon from Enbridge’s project are not a risk worth taking. The report, “Embroiled: Salmon, Tankers and the Enbridge Northern Gateway Proposal”, explores the connections between the oil industry’s anticipated activities on the B.C. coast and how those activities could adversely affect salmon. It’s been four years since Enbridge’s Line 6B pipeline ruptured in Marshall, Michigan, leaking more than 843,000 gallons of diluted tar sands bitumen into the Kalamazoo River: Enbridge’s ongoing clean-up operation, which has spanned more than four years, cost over a billion dollars, and removed significantly more oil from the river than the company will admit it spilled. Photo by www.3rinc.com.

The Queen Charlotte Basin, the backdrop for Enbridge’s oil tanker routes, is home to more than 5,000 spawning populations of wild salmon. These fish represent 58 per cent of Canada’s Pacific salmon and are the foundation of B.C.’s remarkable coastal ecology, the iconic wildlife that rely on them, and the basis for multi-million dollar economies in eco-tourism, salmon-based tourism and the salmon resource sector.

Salmon naturally have poor odds for survival. On average, only one salmon for every thousand eggs that a female lays will return to spawn. These odds have further declined in recent years due to intense human activities in salmon watersheds and in the ocean. Oil tankers and terminals present a new, added threat to salmon survival.

With a fresh oil spill, toxic vapours from the oil threaten living organisms that breathe in air and water. In contrast, other components in oil, known as polycyclic aromatic hydrocarbons (PAHs) are of equal, if not greater, concern. These compounds can persist in the environment for years, if not decades, and can continue to harm organisms long after the oil first spills. Even low levels of exposure to PAHs — in parts per billion — can have lethal and sub-lethal consequences for salmon.

The most vulnerable period for salmon to be exposed to oil is during their egg incubation in the spawning gravels. Embryos and larvae are 10 times more sensitive to oil than adult salmon because their high lipid content attracts oil. In the gravels, chum and pink salmon are at the highest risk to marine oil spills because their parents tend to spawn in the lower reaches of streams, where oil residue can reach the gravels.

Early life is the next most vulnerable period from an oil spill. When young salmon first migrate to sea, they rely on estuaries and near-shore waters for food, protection, and safe migration. These areas are usually the most heavily impacted by oil spills.

In Alaska’s Port of Valdez in Prince William Sound, the rise and accumulation of PAHs in ocean sediments from small, chronic oil spills (while loading tankers), tracks perfectly the volume of oil shipped. In B.C., stressors from oil industry habitat loss and toxicity would add to cumulative affects that push salmon — most of which are already at their lowest levels of known abundance — beyond their ability to survive. This is what is guaranteed to happen over and over again in a tar sands pipeline.

Enbridge has maintained there are no significant risks or consequences to salmon from their proposed Northern Gateway project. This is based on their wholly inadequate assessment of baseline conditions and project impacts, and is exacerbated by their failure to adequately consider cumulative impacts, including climate change. Consequently, the conclusions arrived by Enbridge cannot be scientifically supported in many cases.

In the absence of an adequate assessment of risk by Enbridge, (risk defined as the probability of an oil spill times the consequence of an oil spill), Raincoast performed a limited risk assessment to demonstrate the type of analysis that should have been undertaken. Our assessment found that more than 400 spawning populations of salmon lie adjacent to the confined channels of the tanker routes and that these streams contain some the highest densities of spawning salmon on the B.C. coast. These salmon streams drain into Enbridge’s highest risk routes for tanker accidents.

Salmon, and the wildlife and human communities that they support, are the very soul of British Columbia and the lifeblood of our coastal ecosystem. Despite the National Energy Board’s blessing that Northern Gateway should go ahead, British Columbians are clearly not willing to surrender these values and way of life to the oil industry.

This article was co-authored by Misty MacDuffee, a biologist and fisheries ecologist with Raincoast Conservation Foundation.

A version of this article previously ran in The Island Tides.