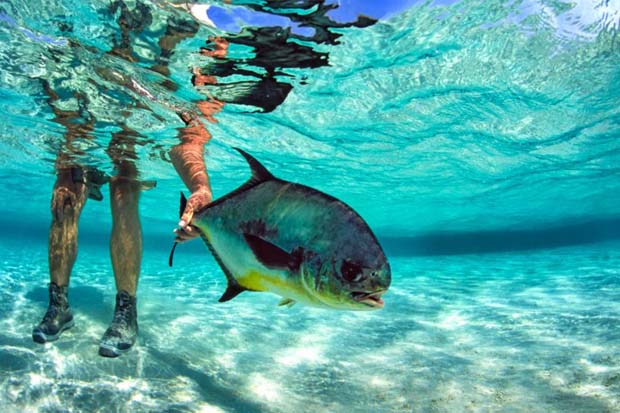 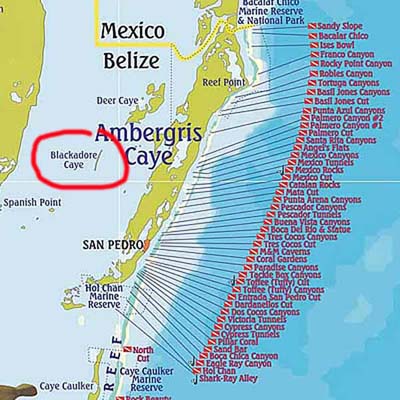 Nobody thought of it, but that back side of Ambergris Caye location, near shorelines, has a gazillion biting sand fleas 24/7. Try DIY wade bonefishing – you only itch for a few days. Welcome to the tropics.

[dropcap]B[/dropcap]onefish and Tarpon Trust released a statement on Aug. 29 declaring their opposition to the Blackadore Caye Restorative Island Project, a development venture proposed by Leonardo DiCaprio and Delos. Billed as a luxury hotel and resort built on green values and technologies, it in fact would do more harm than good to the flats in the area. These flats are vital to several native fish species, and Delos and DiCaprio’s project would significantly harm them.

This statement is not the first time this development has come under fire. The company behind this planned development, Delos, is focused on healthy living for those able to afford their prices. Delos’ mission is to design “homes, offices school, and other indoor environments by placing health and wellness at the center of design and construction decisions.” These “environments” include an exclusive property located in posh Greenwich Village, an ideal market for wealthy and trendy liberally-minded elites.

Delos’ board notably consists of DiCaprio, Dr. Deepak Chopra, Mel Martinez and Dick Gephardt. This powerful team may have the best of intentions, but a luxury resort is not much of a solution to the problem of conservation. As Jan H. Katz of Cornell University mentions in a 2015 New York Times article covering the development, a hotel cannot be sustainable, but giving money to a charity is. We second her opinion.

The aforementioned Times article, perhaps unsurprisingly, ignores the vital role fly-fishing plays in the local economy, mentioning only the overfishing the area has experienced. The same is apparently true regarding the report issued by the EIA months ago. The “Defend Blackadore Caye” group on Change.org has a petition that is nearly at its goal of 2,500 signatures. The comments section is rife with native Belizeans calling out the development as harmful to their economy and way of life in the area. Many are dependent on tourism, and a private luxury resort will certainly harm that industry in the area. Furthermore, the petition also outlines the Queen’s land law Delos and DiCaprio are attempting to circumvent due their future elite clients’ concern for their safety.