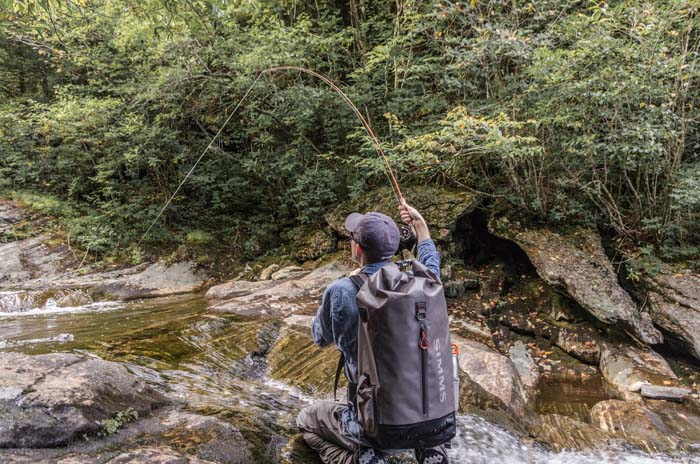 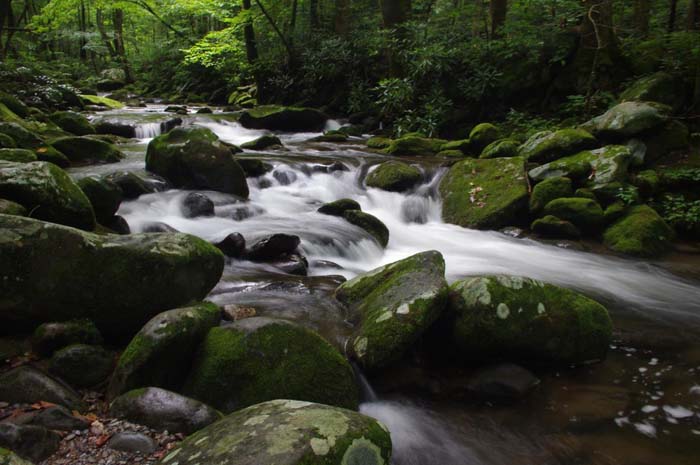 There wasn’t anything unusual about the day

[dropcap]T[/dropcap]he property straddles North Carolina and Georgia. It’s a beautiful high elevation, virgin growth forest with fields, streams, a waterfall, lake and three ponds spread within 1,000 or so acres. Last winter, leaving the “farm” after two full and unusually warm days of fly fishing much of its offerings, the weather flip flopped.

The farm is a non-working one that has been planned for years to become a fishing and hunting club  –  so far that has not happened.

From the logging road, I could see the fog coming from the field I was about to enter. It was dense and eerily beautiful. In a matter of minutes, I was sightless beyond 8-feet in front of me – I slowed to a crawl. A half dozen deer crossed my path and I braked.

The next thing recalled was coming to with a wet face of blood, sitting in the remnants of my old, now  windshield-less Toyota Tacoma. A single cut over my left eye supplied the gore – a towel wipe revealed the insignificance of the cut that would later take five stitches and half my eyebrow hair shaved. Having no emergency kit aboard was my first error.

I was not hurt beyond the cut and a sore shoulder. I used my feet to pound open the shotgun door and jump out. The Tacoma had managed a run of about three first downs in distance down a slope that went on for maybe 1,000 feet beyond my stop at a mature oak. The truck had only dropped down about 40 feet from the logging trail.

With the aid of saplings, bush clumps, and the new path the Toyota created, I got up to the dirt road without incident. It had started raining pretty hard and soon partnered with snow. It was 4:37 and I had a walk of about 30 or 40 minutes to the locked-up tight main house.

My phone had no signal

I reached the main house in the dark and in about 4-inches of wet snow. When I dialed Matt from the porch, there was no signal. I moved around, five minutes later it did – one bar.

Matt guided me sometimes and checked the farm for my friend, the owner. Matt’s wife Lil answered and said he’s on his way home from work and she’d call him for me. She said, “Matt should be there in about 45 minutes – are you hurt?”

The rest of the trip was uneventful, but it did get me wondering how unprepared I was and always am if forced to deal with an unplanned engagement with wilderness and a misfortune similar to the one encountered, but with none of the luck I had.

A lot of fly fishers, like me, hit their home water fishery without any backup concerning an emergency accident kit – on their person, with them, or in their truck. A lot of us will split from our friends fishing new waters where we’re unfamiliar with the geography. And some like the independence of alone, but risk disaster because there’s no plan or preparedness to ameliorate any mishap. It is dumb not to be prepared, and salvation of the flesh does not cramp ones fly fishing. So what’s the cause for pause?

Be smart about being outdoors; campers and hikers are way ahead of how to cover le derrière, much better than any feather-chuckers I know.

People who get lost and die in the wilderness often have all they need in their backpack to survive. These items are commonly called the ’10 essentials’: a pocketknife, matches/lighter, map and compass, headlamp, sunglasses/sunscreen, raincoat, extra clothes, food, water (and purification), first aid kit (with whistle).

To this list, you can also add new tech essentials: a GPS tracking device, a GPS app for your cell phone, a personal locator beacon or satellite phone (most of these require considerable field time practice before taking them into the woods).” — adventure writer Mark Jenkins

Jenkins suggests using this easy to remember acronym for what to do when you’re lost: STOP

S is to stop. Frantically moving faster will only get you more lost. Sit, and breathe from your belly (short quick breaths only increase the symptoms of anxiety – lightheadedness, trembling, confusion). Drink and eat. With any luck, your amygdala (the almond-size flight-or-fight controller in your head) will calm down, and your cerebral cortex (responsible for rational thinking) will take over again.

T stands for think. Ask yourself some basic questions. Which direction were you going? What was the last landmark you recognized? How long ago was that? How far have you come? Hiking on a trail with a pack, most people travel only about two miles per hour. Where was the last time you knew where you were?

O is for observing. Look around you: can you see any landmarks? Can you recognize a craggy mountaintop or arcing valley? Try to find what you see around you on the map. Get out your camera, go back through the pictures and do the same thing. Think about time. How long have you been hiking? What time is it? How do you feel? What is the weather doing? What is the weather predicted to do? Is there natural shelter nearby? Can you find dry fuel for a fire?

P means plan. Don’t move until you have a plan. (If and when you do move, do so methodically and observantly.) If you whistle, might someone hear you? Do you have enough daylight to try to retrace your route? Should you consider building a fire because it is almost dark?

And finally – can you make a call? Can you text? If you do get through, can you tell anyone where you are?

Here are a few more of Jenkins’ tidbits of self-salvation:

• Don’t for a minute think your phone will save you if you screw up. Check the point weather forecast for exactly where you’re going. If it’s expected to be raining, snowing or blowing, think twice.

• Before leaving the truck, hide a spare set of keys somewhere on the vehicle and tell your partner or significant other where they are.

• Note landmarks – pay attention. Keep looking back – see what it looks like going the other way.

• Take pictures, lots of them. You’ll be pleased you did when you get back home, and, if you do get lost, they provide essential information for finding your way again.

• In the eastern U. S., it is impossible to ever be more than 10 miles from a road. (The most remote place in the lower 48 states, near the south-east corner of Yellowstone national park, is still only 23 miles from a road. When I was there, we saw a dozen wolves, two grizzlies, and no humans.) Even if you’re only moving at a crawl, keep going downhill and after, say, 10-20 hours, you’ll reach some form of civilization.