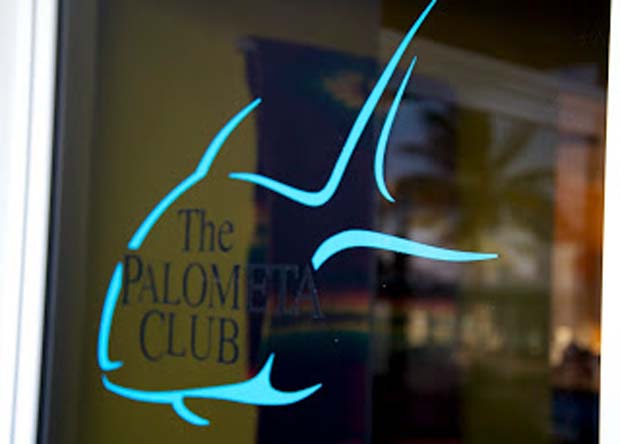 With the Yucatán Peninsula’s emergence as a popular flats fishing destination, local lobstermen have been recruited as fly-fishing guides to lead anglers to bonefish, tarpon and permit. Matt Jones photo.

[dropcap]F[/dropcap]or nearly two millennia, the Mayan people along the Yucatán Peninsula’s Caribbean coast have relied on fishing for sustenance and trade. The tradition continues, though today many Mayan fishermen are as likely to be throwing a 10-weight graphite fly rod as a net.

With the Yucatán’s emergence as a popular flats fishing destination, local lobstermen have been recruited as fly-fishing guides to lead anglers to bonefish, tarpon and permit.

“At some saltwater destinations, it’s not uncommon for guides from the Florida Keys to be airlifted in to lead guests to fish,” said Dick Cameron, owner of the Palometa Club, a fly-fishing lodge in Punta Allen, a village near the end of the Boca Paila peninsula, 30 miles from Tulum, that specializes in permit, or palometa in Spanish. “It’s been different on Ascension Bay. Jan Isley, a renowned Keys guide who discovered the region’s fly-fishing possibilities in the ’80s also recognized the potential the local lobstermen had as guides. He understood that these men are out on the water all the time and know where the fish are.” “There are three good jobs you can find in Punta Allen,” said Gerardo Velasquez, one of the Palometa Club’s staff of 14 guides. “Lobster fishing, eco guiding, and guiding fly fishermen. Guiding fishermen pays better than guiding eco-tourists, and it’s fun. I’d say that lobster fishing is easier than guiding, especially if you’re trying to catch permit. To be a good permit guide, you need lots of passion and patience. It’s a hard game.”

Punta Allen has less than 500 residents. Velasquez estimates that 60 to 70 men in town guide anglers for at least part of the fishing season.

Lobster fishing in Ascension Bay bears little resemblance to the occupation as it is practiced off the coast of Maine. Fishermen place small “houses” at depths from 2 to 60-feet. The houses provide shelter on the sandy expanses of the bay, attracting lobsters. Fishermen free dive to collect lobsters that have gathered in the houses. Cooperative rules dictate undersize and female lobsters are returned to the water.

“I grew up around commercial fishing in Alaska,” Cameron added, “and in my experience, commercial activities don’t tend to complement sport fishing efforts. It’s been the opposite here. As the commercial fishery has thrived, there have been more little lobsters around, and that means more food for the bonefish and permit.”

On a bright March morning, I accompanied Raza Tallim, an angler from Calgary, Alberta, and the guides Julio Octavio Gamboa and Charlie Rendon for a day of fishing. The water was an ever-shifting palette of blues and greens as we motored across Ascension Bay in a 23-foot panga, the de facto fishing craft for these parts. Tallim hoped to catch a snook, as he had landed his first tarpon and permit during the previous days’ fishing. We reached some stands of mangroves at the southern end of the bay, ideal snook habitat. Rendon climbed to the poling platform and Gamboa went to the bow with Tallim.