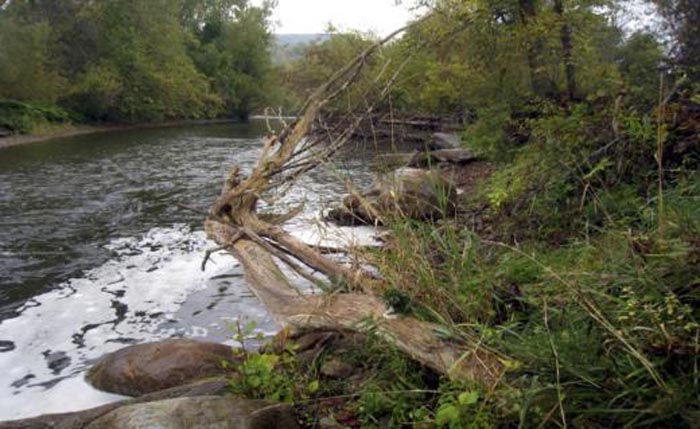 Fixing the habitat, the best of Trout Unlimited values expressed 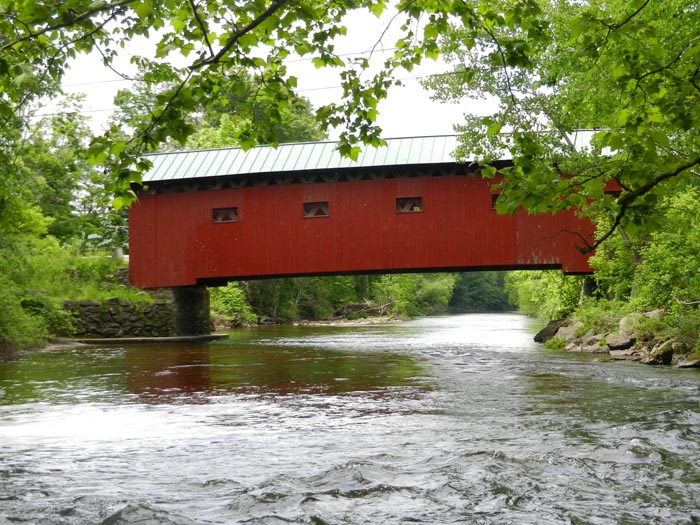 Famous view of the West Arlington, VT covered bridge on the Battenkill (Batten Kill) River before it tumbles into New York State.

NOTE: Some believe Trout Unlimited’s philosophical drift is towards supporting the stocking of hatchery trout everywhere as the first line of conservation defense and that promoting go ahead and eat one is a break from a long-held tradition of conservation in a more rudimentary form.

Protecting the habitats of wild trouts and always catch and release (safely) was the recognition that once labeled Trout Unlimited as the face of conservation. Some fear that Trout Unlimited may now becoming the good ole boy dot.org club.

Contradicting that thought of lost values is the following Trout Unlimited story of fixing where native fish (born in nature) live, and it unfolds in fly fishing Mecca, the Catskills of New York. — Skip Clement

[dropcap]T[/dropcap]he storied Battenkill, long recognized as a challenging river among anglers, faced a steep decline by 1990, yet work over the past 15 years has spurred its recovery.

Trout Unlimited volunteers have been been helping with that effort.

By 2000, biologists had conducted studies in Vermont that found good natural reproduction of trout, and a scattering of large wild trout, but a near absence of intermediate size classes. The same results were seen in New York.

This gap was recognized as a symptom of heavy merganser (duck) predation of trout in the missing size classes due to a severe deficiency of large wood that normally provides essential shelter. Without cover, young trout were exploited by an exploding population of mergansers.

In Vermont, state and national forest fisheries biologists reintroduced anchored collections of large wood to provide cover and shelter along both banks to protect and nurture all year classes. As a result there has been a sustained fivefold increase in wild trout populations across all year classes — including a robust population of trout exceeding 18 inches.

Adding large wood to streams can help narrow over-widened channels and also provide a place for trout to hide from predators such as mergansers, which have been found to be decimating trout of certain sizes in the Battenkill. TU image.

In New York, the Clearwater and Adirondack Chapters of TU worked with the U.S. Fish and Wildlife Service and the Battenkill Watershed Alliance (BKWA) on two problems: insufficient large wood and an overwide channel with impaired sediment transport.

While this remains an outstanding success and a delight to anglers in both states, it is also appropriate to acknowledge its limitations, namely that restoring nine high-quality half-mile segments in each state out of a total of 57 river miles, indicates there is much more to be done.

Members of the Adirondack, Clearwater and Southwestern Vermont TU chapters took up this challenge as they began conferring with agency partners and TU’s Eastern Conservation VP Keith Curley in late 2017 about launching a two-state Battenkill Home Rivers Initiative to address needs of the 400-square-mile watershed.

John Braico is the resource VP of the New York State council and a member of the Adirondack chapter. He is a coordinator of TU volunteer efforts in New York, along with Greg Cuda, president of the Clearwater TU chapter.