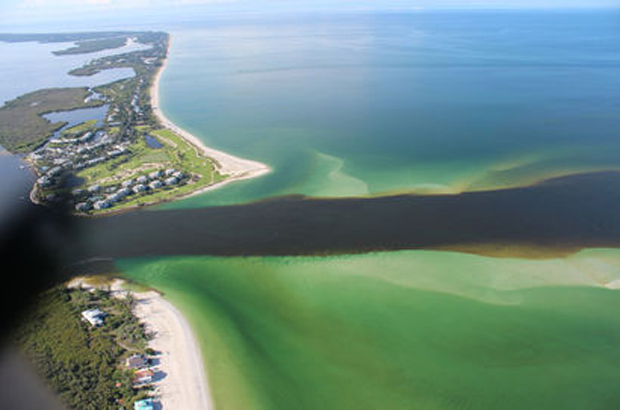 Here we go again, an old, great idea gets new billing. Sleepy media falls for it, and few lawmakers follow the lead of Senate President Joe Negron (Florida) and envision their names in lights – for a while 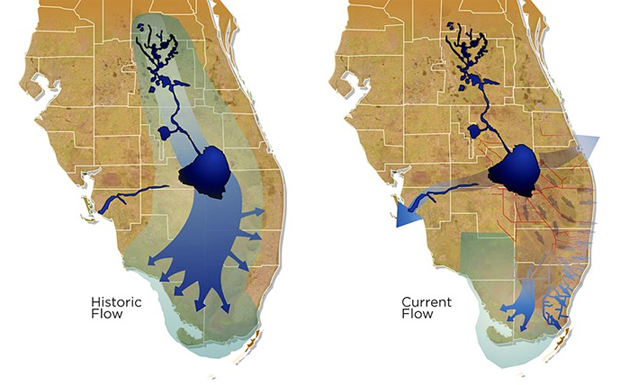 Fixing this problem is not inventing something new. Mother nature has already showed how it works. Go back, it works if you work it.

Here’s the idea that has had legs for more than 50 years (not 16 as reported by the Herald). Send water south from Lake Okeechobee where it used to go and needs to go to save several of the world’s most unique environments: the Everglades’ River of Grass, Everglades National Park, Florida Bay, Florida Keys and the drinking water for 7,000,000 sun worshipers.

If you would like to add saving one of the once richest saltwater fishery’s in the U. S., you would be spot on. Think coastal and inland habitats now polluted by Big Agri, Big Sugar, and  extraordinarily poor water management practices.

The idea — to store and clean phosphorus-laden water before releasing it into Everglades National Park — has been demanded by environmentalists for the past 16 years, but efforts to buy the land needed for the project have been sidelined in the face of agriculture and sugar-industry opposition. Lawmakers and water management district officials have instead pushed clean-up projects on the periphery of the Everglades, not in the heart of the region where working farmland can be displaced.

“All the evidence that I see confirms what I’m here to announce today: We must buy land south,”’ Negron said to loud applause at a press conference in his hometown, Stuart.

Negron’s announcement comes after a summer of polluted discharges from Lake Okeechobee into the Caloosahatchee and St. Lucie estuaries have led to toxic algae blooms along the state’s Treasure Coast and in his hometown.

Negron, a Republican, announced that ending the discharges and finding the funds for the land-buy south of the lake would be his “No. 1 personal priority.”

He urged the sugar companies who own the land to be open to the water-cleaning marshes “to make this reservoir happen.” But he also conceded reaching agreement “will not be easy.”

The battle over Everglades restoration has been an epic one in Florida for more than 30 years, with legislative leaders and governors declaring numerous breakthroughs as the sugar industry worked to oppose and delay removing vast tracts of land that could reduce the supply of sugar cane to their profitable mills.

The response from the industry Tuesday was no different.

The sugar industry “has already lost more than 100,000 acres of farmland in the past 20 years for restoration,” wrote Florida Crystals Corporation and Sugar Cane Growers Cooperative of Florida. “The real price of today’s proposal is the loss of jobs and economic activity in the Glades communities.”

The groups noted that while Negron met with a water-management consultant for Florida Crystals last week at his invitation “to share solutions,”’ Negron “did not mention today’s proposal at the meeting.”

“We will be reviewing the details of the plan announced today by Sen. Joe Negron as soon as they are made available to the public, especially since his proposal calls for taking another 60,000 acres of productive farmland out of production in the Everglades Agricultural Area (EAA), most of which is our private land,” said Gaston Cantens, vice president of Florida Crystals.

Why you don’t want to hold your breath:  Gov. Rick Scott, a noted and proud anti-environmentalist would never sign off on the deal, South Florida Water Management District has already rejected the plan; Big Sugar would fight to the death to save its taxpayer supported corporate welfare program; Big Agri has successfully waged war on any proposal that smells like clean water; the Army Corps of Engineers does not care who pays them, as long as they can keep moving dirt, and Tallahassee’s bought and paid for lawmakers are already lining up against the proposal.