[dropcap]S[/dropcap]nook feeding in the surf are pinching bait against the beach and are along with jacks, ladyfish, and any other bait feeding predators, are blasting through the pods indiscriminately. Any bright flashy fly of the right proportions in the fray is likely to get hit. This surf fly is a basic imitation many of the species targeted by the predators. Here’s tw0 flies that you must have with you when fishing for snook in the surf.

With snook season opening on Septemebr 1, 2012 (Atlantic only) you might try inlets with intermediate and even fast sinking lines if the current is strong. And there’s always night fishing the docks, if you’ve got access to a boat. No matter what type of snook fishing you prefer, these two flies tied in different sizes will defintely make your day – or night. 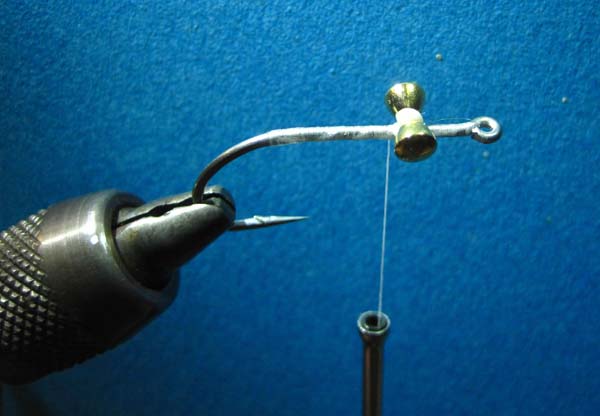 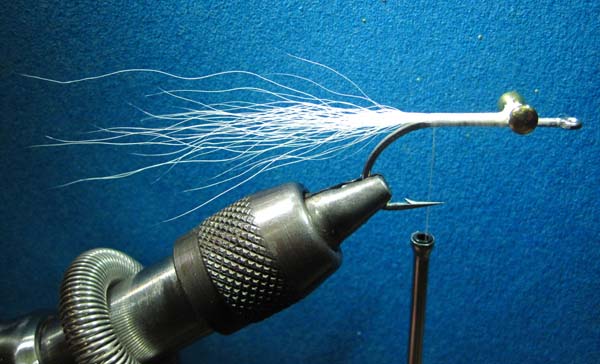 2. With the eyes tied in select a small bunch of white bucktail. Measure the length from the point just behind the eyes. Measure the tail to be about one to one and a half times the length of the shank. Wrap the bucktail down to the bend of the hook and stop just above where the bend starts, cement the hair on the shank and wrap the thread to the middle of the shank. 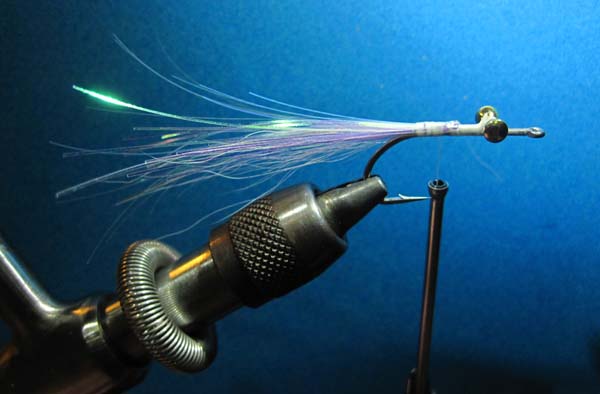 Step 3. Take 10 or 12 strands of the Pearl Flashabou long enough to double and reach just beyond the tips of the bucktail. Double the Flashabou around the thread and distribute the flash around the hook shank and tie it down to the bend of the hook as before. 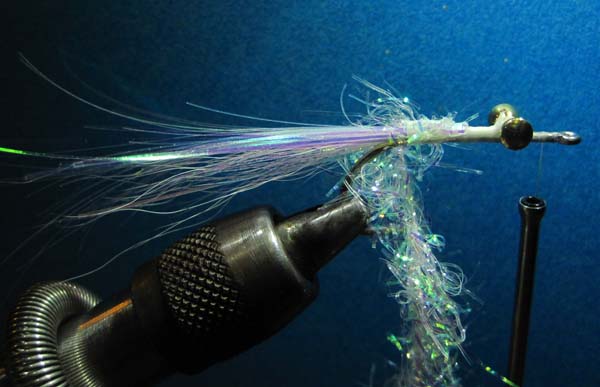 Step 4. Tie in the Estaz Grande and secure with cement. 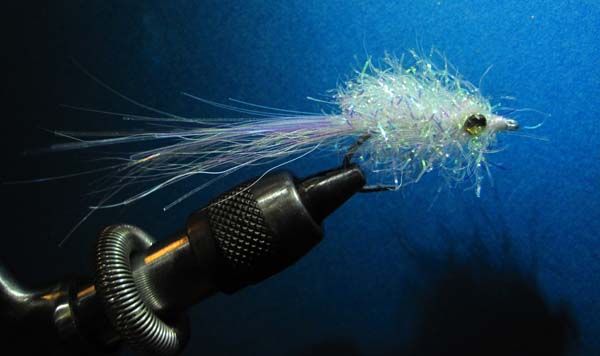 Step 5. Palmer the Estaz forward making the body as dense as you like. Cross the eyes to cover the tie in and continue forward. Make a nice head, whip finish, and cement using epoxy or UV sensitive acrylic finish.

Bob Clouser has recently been tying a new version of his Clouser Fly using a new material. Bob has been using a material of synthetic from South Africa called Flash and Slinky Fiber combined with a bucktail base. This fly is one of his new flies and will work very well for snook, jacks, ladyfish and the like you find in the surf. It is durable, flashy, and easy to cast. Tie it in the size of the bait you are imitating. Bob Clouser is still tying flies for the retail public and you can buy flies he has tied personally at www.clouserflyfishing.com at a very reasonable price. If you would like to tie your own www.saltwaterflytyers.com provides all the materials listed in the recipe. There are many variations that work very well. 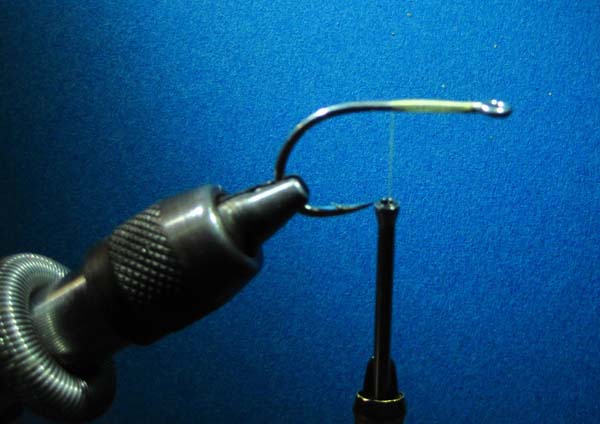 Step 1. Place the hook in the vise and attach the thread just behind the eye. Wrap thread smoothly towards the bend of the hook; stop over the point of the hook. Wrap back to about 1/3 of the shank behind the eye. 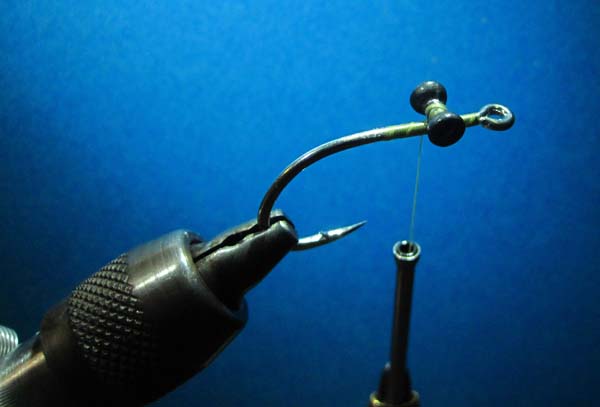 Step 2. Secure the lead eyes on the side of the shank opposite the bend in the usual fashion. Make sure the eyes are tight and cement them in well. Wrap the thread back to about 1/8” behind the hook eye. 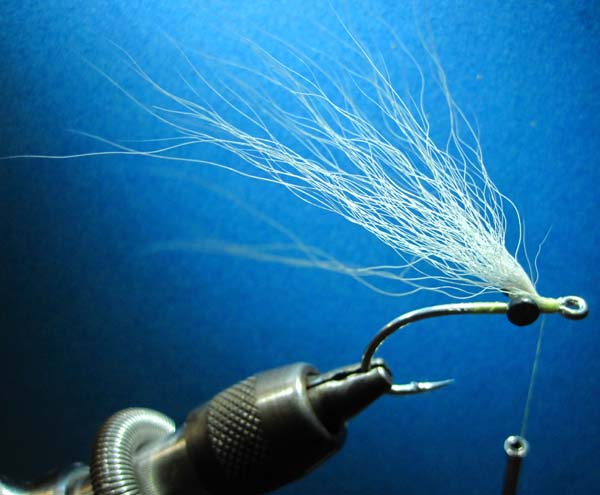 Step 3. Cut a small amount of bucktail and even it in a stacker or by hand. Sparse is a difficult term to understand, but whatever amount you choose you should probably reduce it by half. Cut the butts to the proper length as illustrated and tie the butt end just behind the eye. Use a good amount of cement to secure the bucktail. 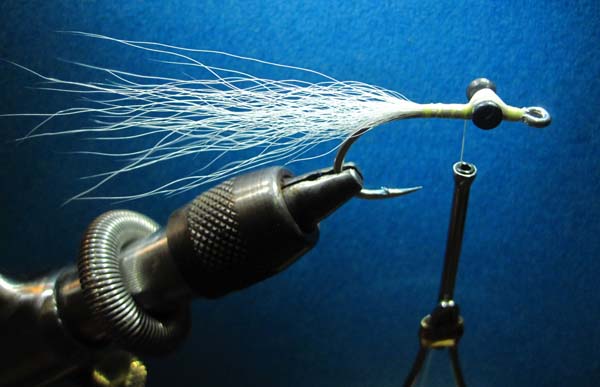 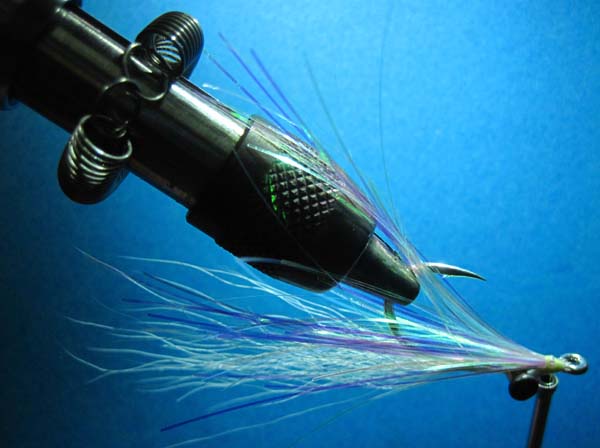 Step 5. Turn the fly 180˚; return the thread in one wrap to the head made by tying in the butts of the bucktail. Cut ten or twelve strands of pearl Flashabou long enough to be doubled and reach just beyond the bucktail. Double the flash around the thread, divide the material on either side of the hook and tie in on top of the bucktail tie-in to continue making a neat head. 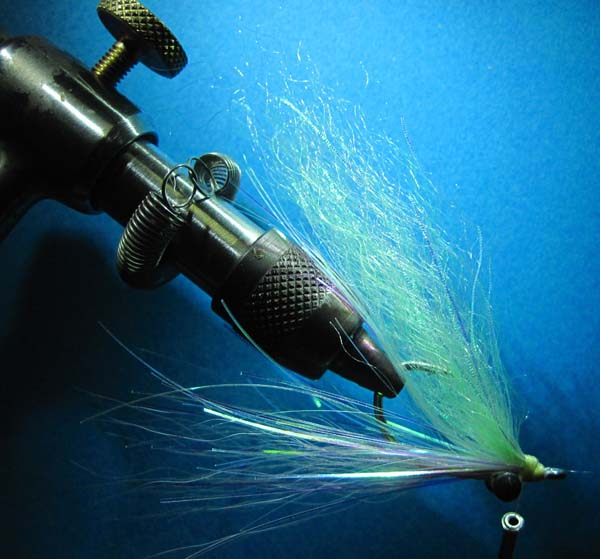 Step 6. Cut a sparse bunch of the Natural Flash and Slinky Fiber long enough to double and extend just beyond the bucktail. Double it over the thread and tie down to the head already started. Finish the head and whip finish. Apply either an epoxy or UV sensitive acrylic head finish. If needed trim the material to a fine taper. Now go fishing. 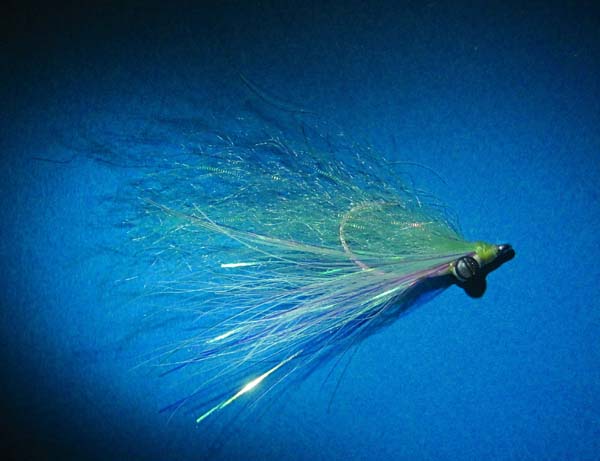