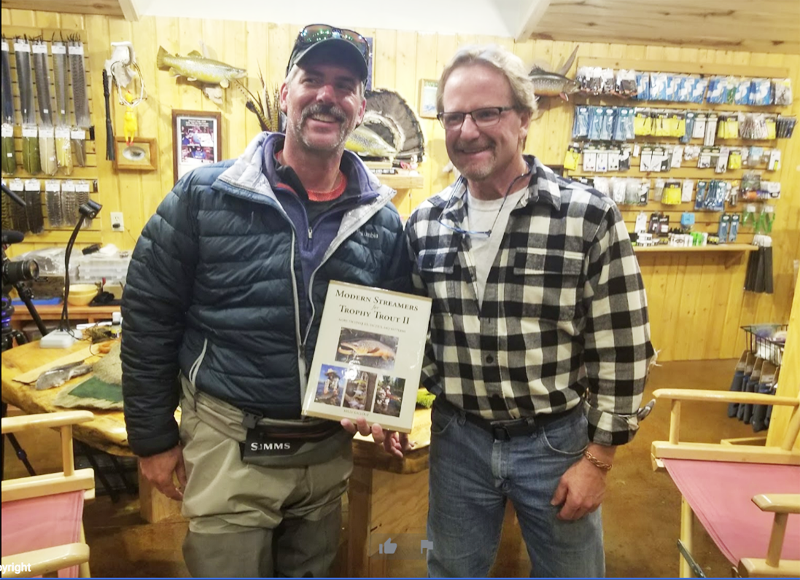 I love easy to tie flies, and that I have all the materials at the ready

Kelly Galloup of the Slide Inn and Madison River fame says that the Mini Marabou Muddler catches trout, then amends that, saying he has not seen anything spurn the Mini.

He reports its significance as a fish catcher, “It created the best day I ever had on the Madison River, ever – catching about 20 trout in less than two hours. Adding, he has not yet seen it fail to draw fire on any day, on any body of water. It fishes just as well on away coordinates and has yet to find other freshwater species look away.

The ‘Mini’ is not unlike Henry Ford’s response to color and early Model T’s. It comes in black or black

And so it is with the Mini Marabou Muddler, but the color is white. However, in a fairly color-rich fly and the Mini’s pop-out color is white – it’s not a white on white fly.

Its magic around here is that when Angie, my oft times angling partner, and her sister want a couple of dozen for a New Zealand or Patagonia trip, I can, once I get going, one in about every three minutes.