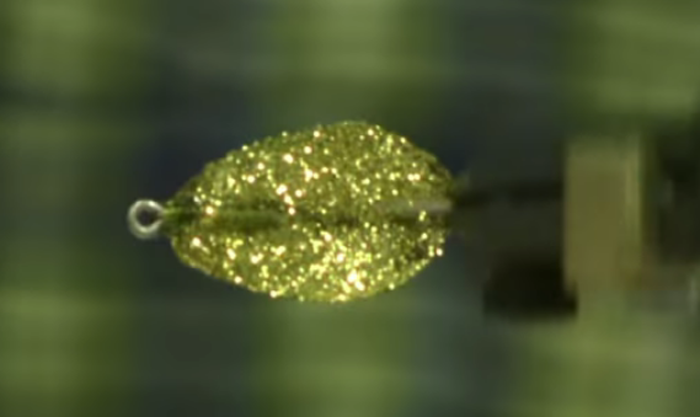 By Skip Clement with FlyFishVideo

[dropcap]T[/dropcap]here’s something mean-spirited about me, or maybe there’s some Missourian in me, like show me. A friend linked me to the video below which is about making a soft spoon-fly.

I use spoons when I spin-fish – especially liking them for panfish as they never seem to fail. They pretty much attract everything. However, I never thought of them for fly fishing, and my irrational prejudice reared its ugly head as if I were a cable news believer with a cow ring in my nose.

What was I thinking?

I think you’re going to like this spoon whatchamacallit. The only thing I had to buy was play dough and glitter which I got at a Dollar Store for pennies.

My first go, not having jewelry-maker dexterity, went slowly and the outcome like a four-year-old’s attempt to color within the lines. A few spoons later and it was mass production and the result pretty good – not retail good but good enough. Good enough to catch very catchable small, largemouth bass at Elaine’s farm pond a few miles away.

The only negative is just what you’d think it would be – not a good fly on a fly rod in the wind.