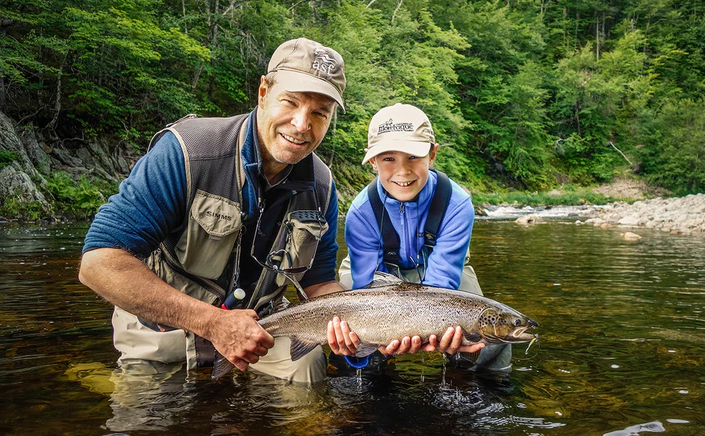 Freddie Leverman on Sept. 2 is holding the fourth salmon he has ever caught and is very pleased about it. Freddie is nine years old and caught the salmon on the North River, Cape Breton. Photo: Peter Leverman 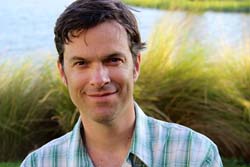 [dropcap]C[/dropcap]oastal open-net pen Atlantic salmon aquaculture was once believed to be the magic bullet that would provide needed protein for the world’s growing population and help save the last remaining stocks of wild Atlantic salmon. Instead, it has turned out to be bullet with a poisoned tip. For decades now, the practice has ruined estuaries, adulterated the DNA of wild Atlantic salmon and introduced toxins into human food sources.

Thus far, market forces have kept open-net Atlantic salmon aquaculture a viable business, despite the harm. But a better future for our food sources and for wild Atlantic salmon may be on the horizon. That future—closed-containment Atlantic salmon pens, based on land—was the focus of the Atlantic Salmon Federation’s (ASF) annual New York City dinner, held last evening [November 15th] at the Plaza Hotel.

Among the 400-plus attendees of the dinner were the CEOs of three of the leading closed-containment, land-based aquaculture companies (Atlantic Sapphire, Sustainable Blue and Whole Oceans). Sustainable Blue donated Atlantic salmon hors d’oeuvres for the cocktail hour. Atlantic Sapphire provided the salmon filets that were served for dinner. (There was no discernible taste difference between the land-based, closed containment salmon and what you would get in any very good restaurant.) . . .