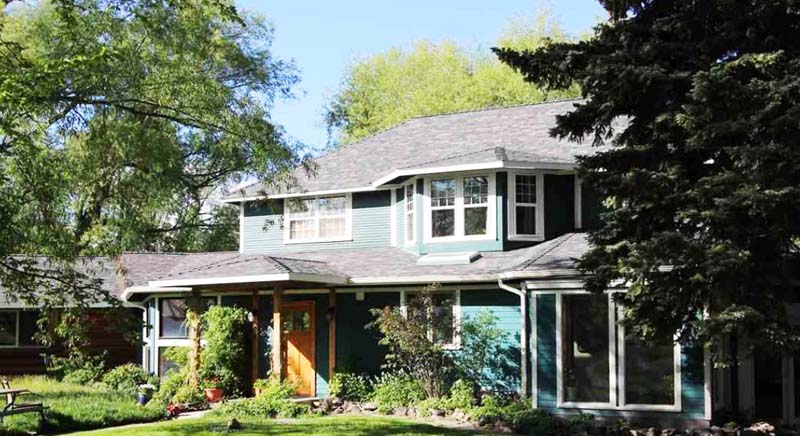 By Callan Wink for Men’s Journal 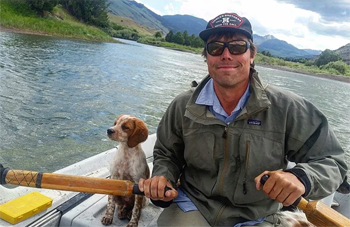 Most people knew Jim Harrison from his books — over 30 of them about characters who liked messing around in the woods and embracing appetites of all kinds and rolling with the joys and consequences that stem from that heart-gut-loin decision-making apparatus. But over the past several years, Jim and I went fishing, and I’d rather talk about that. Rare days. The Yellowstone River in Southwest Montana in late summer. He always wanted to go east of Livingston where the houses are few and far between. Wide open ranch country with the Crazy Mountains jutting up out of nowhere, snow still clinging in shaded crevasses in August. I grew up in Michigan less than a half hour from Jim’s family farm, and I think it takes someone from the Midwest (or as he sometimes referred to it: the land of cheese and gravy) to really appreciate a view such as this. I know he loved it.

Jim and I met through a mutual friend, notorious Livingston fishing guide Dan Lahren. Dan and Jim fished and hunted together for nearly 30 years, and one day when Dan had other obligations and Jim wanted to go, I got the call. That first day I recall being nervous. I’ve never really been the type of person who has a strong desire to meet my heroes. I drove to the river and Jim chained-smoked American Spirits. We talked about fishing the Pere Marquette and the Muskegon in Michigan and we got along just fine. 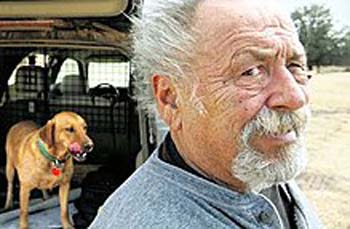 James Harrison (December 11, 1937 – March 26, 2016) was an American poet, novelist, and essayist. He was a prolific and versatile writer publishing over three dozen books in several genres including poetry, fiction, nonfiction, children’s literature, and memoir. He wrote screenplays, book reviews, literary criticism, and published essays on food, travel, and sport. Harrison indicated that, of all his writing, his poetry meant the most to him. He published 24 novellas during his lifetime and is considered “America’s foremost master”of that form. His first commercial success came with the 1979 publication of the trilogy of novellas, Legends of the Fall, two of which were made into movies. Harrison’s work has been translated into multiple languages including French, Greek, Chinese, and Russian. He was the recipient of multiple awards and honors including a Guggenheim Fellowship (1969), the Mark Twain Award for distinguished contributions to Midwestern literature (1990), and induction into the American Academy of Arts & Letters (2007). Harrison wrote that “The dream that I could write a good poem, a good novel, or even a good movie for that matter, has devoured my life.

I’m wracking my brain but I don’t recall ever having a truly stellar day of fishing, catching-wise, with Jim. Still, he always managed to eke something out. As a fishing guide, for some reason, it seems important to make that clear for the record — I don’t think Jim Harrison ever got skunked in my boat. One working eye or not, the man could fish. That being said, Jim was the consummate poet. Often I’d look back at him and his fly would be trailing way off behind the boat and he’d be concentrating on something on the bank or flying over head, birds never failed to derail his attention. Pretty girls floating on inner-tubes, as well.

As someone who has been taking people fishing for quite a while now, I can’t think of anyone who enjoyed it more than Jim, especially in the years that I knew him when his health was not the best. Just getting out and away from the desk, watching the riverbank go by and feeling the sun on his face.

Often, at the beginning or end of the day, other fisherman would recognize him at the boat launch and come up to talk. He was almost always garrulous, and gracious, especially if there were dogs to pet. For a man who’d traveled widely, rubbed shoulders with the literary elite, eaten the best food in Europe — he never lost his Midwestern unpretentiousness. Skilled cook, gourmand, and well-known wine aficionado that he was, his favorite river lunch as far as I knew was fried chicken thighs from the Albertson’s grocery store deli, sprinkled with kosher salt, doused in hot sauce. In fact, he once wrote an entire essay extolling the virtues of the juicy thigh. I think, in his view, American society was stultifying under the tyranny of the boneless, skinless breast. 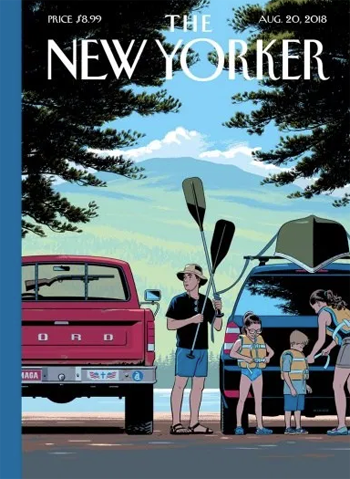 Callan Wink has written for The New Yorker, Men’s Journal, and other distinguished publications and gathers more admirers.

Although the fishing itself was often unremarkable, the days themselves were not. Once I brought along a smart and attractive female writer friend of mine. She and Jim talked about Chinese poets I’ve never heard of. It was a hot day. At one point she did us a great favor and jumped in the river in her underwear. For quite some time, no attention was paid to fishing by certain anglers and guides.

Of course, I’ll never forget listening from my rower’s seat while Jim and his good friend Peter Matthiessen talked about life and writing and fishing trips gone by. This was almost four years ago now, an annual tradition that I lucked into, again, when their normal guide, Dan Lahren, was busy. I recall Dan saying that since I was a verb jockey like Peter and Jim, we’d probably have something to talk about at least. As it turned out this was the last time these two ever fished together. Peter died several months later, and now, with Jim’s passing, once again I can’t help but feel that the world of letters, and the world in general, has lost a great force.

Jim and I didn’t talk about writing a tremendous amount. I’m sure some other aspiring young fiction writers would have steered things this way, looking for tips on craft or publishing. Maybe I should have, no doubt he had wisdom to pass down about these things. Still, being around Jim did more to show me how a writer should approach writing than any class or talk I’ve ever attended. Jim’s approach was pretty simple, I think. In short, to succeed, one needs to do the work above all else. His discipline was humbling and something to which I personally aspire. He wrote every day, right up to the end. As far as I know, he was at his writing desk in his house in Patagonia, Arizona, when the time came, and, outside of maybe a drift boat on the Yellowstone River, I can’t think of a more fitting place.

Jim died on March 26. By coincidence this happens to be my birthday. I spent it on the river with Dan and another fishing guide from Livingston who also knew Jim. The fishing was slow, but just before lunch I hooked into a large brown trout, one of the biggest I’ve seen in a while. It was a beautiful day for March in Montana. Not too windy, sunny and warm. After that one nice trout, we didn’t catch much of anything else. At one point we stopped on an island and ate some chicken thighs. We talked about Jim, among other things. We watched Dan’s dogs run on the bank and we enjoyed the day for enjoyment’s sake, the way Jim no doubt would have if he’d have been there.