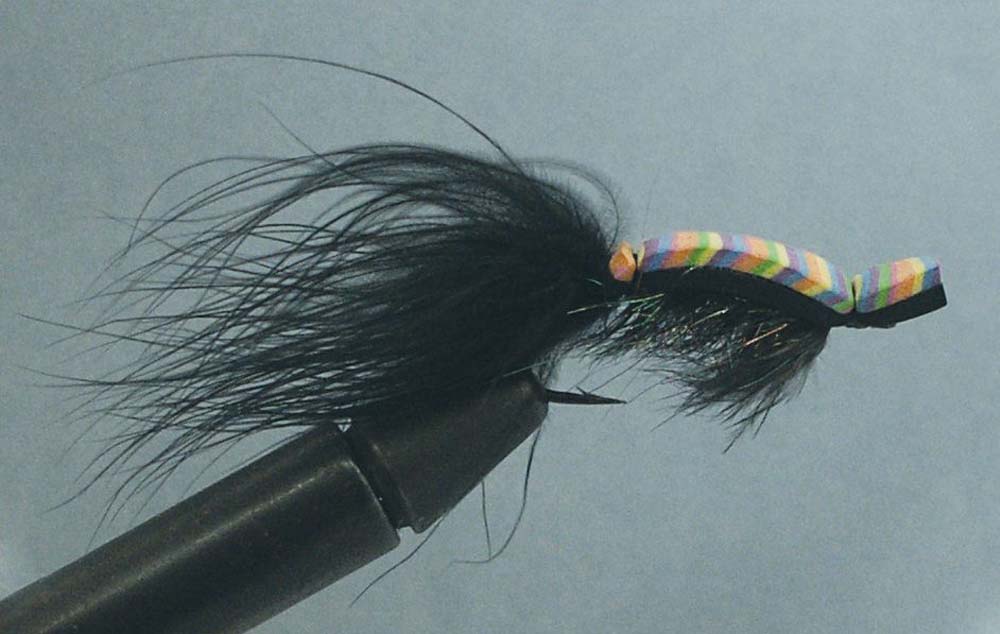 If it’s a topwater fly and it ‘gurgles,’ it’s Gartside’s Gurgler 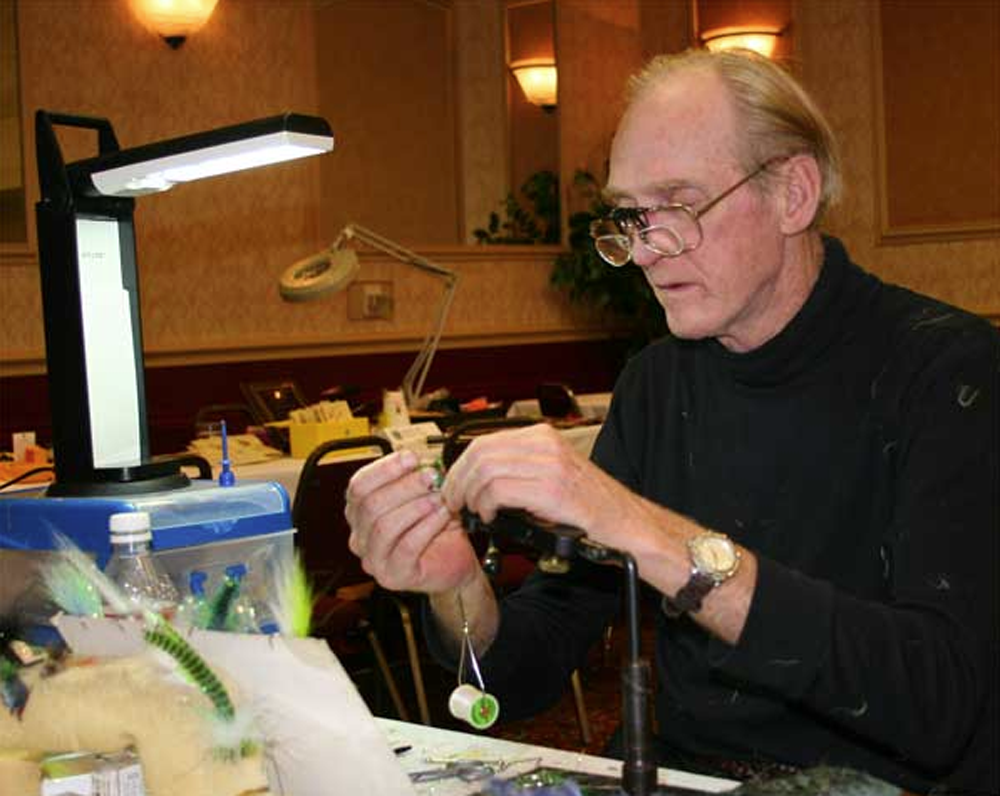 Jack Gartside at the bench tying one or more of his most famous flies: Gurgler, Sparrow, Soft Hackled Streamer, or Evening Star [1942 to 2009].

Maybe the best way to describe Gartside’s Gurgler is to ask: What fish that lives in freshwater, brackish marshes, or ocean saltwater would refuse an adequately sized and well-tied Gurgler?  Take a minute.

Some might have tried a gurgler and come up empty-handed?

My friends and I have not been able to say that we were blanked because of using a gurgler, but blanked using everything. Those kinds of days happen, and that is why it’s called fishing.

Jack Gartside is the originator of the Gurgler, a great fly that has proven itself worldwide.

Over time, Gartside’s fly has been reborn to new fathers of new nationalities, but it’s still a Gartside Gurgler regardless of reproduction tweaks

“Regarding the evolution of the Gurgler: Oddly enough, it evolved from the straightforward Foam Beetle of trout fishing fame.

I adapted it first to imitate a floating crab, tying it very large (on a 1/0-3/0 hook) with a short marabou tail and longish pheasant rump hackle Palmering. This worked very well for both tarpon and stripers. Then, I began reducing it as a floating “bug” for bass and panfish, now using regular rooster hackle instead of pheasant for the Palmering. (In this incarnation, the fly is known both as a “Gartside Bug” or “Hoverbug.” I then added a “lip” to this fly so that the fly would “gurgle” or create a commotion to attract largemouth bass or salmon or steelhead.

And from there it wasn’t a big step to adapt it to saltwater fishing, stripers and blues in particular (the latter fish being the reason it’s most often tied on a long shank hook, to protect it from teeth).

I substituted bucktail for marabou, slimmed down the profile, and, viola, the basic Gurgler took shape. I sometimes still use marabou for a tail, also saddles, but most of the time I keep it simple with a slender bucktail tail. It remains my very favorite surface fly to fish for stripers.”

There are so many videos on tying the Gartside Gurgler; I thought the following part of the best. Intheriffle’s James Spicer ties the way I found the easiest way and most adaptive to tubes and any size hook and modifying with colorants and UV additions.

Captioned are these others: