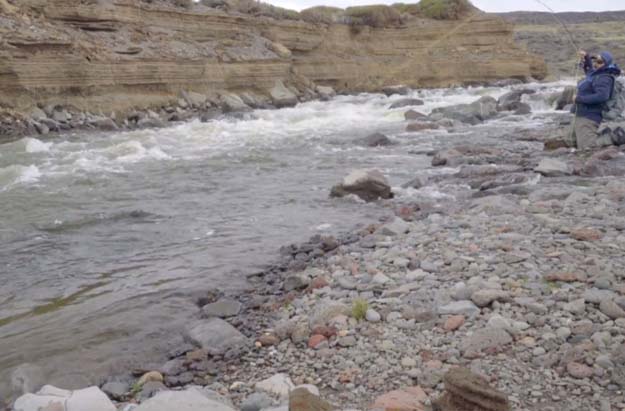 You keep Anglers Journals; you don’t throw them away

[dropcap]I[/dropcap]’m sure not one in 1,000 knows what Folio: Eddie Awards are. I didn’t, but my brother Doug did. He should; his professional career spanned 40 years in the ad agency marketplace. Making corporate account pitches for the biggest ad agencies in the world and the most prominent corporate players in the world.

Doug told me the Folio: Eddie Awards are a big deal for the players in the world of “print magazines.” There are, of course, thousands of magazines. Folio focuses on and recognizes excellence in magazine editorial and design. This issue was the award winner.

Yes, one of our own, Anglers Journal, a distinctive magazine rightly earned top billing in several categories, confusingly, under one classification. The award zeroed in on a single issue: Consumer – Full Issue – Outdoor / Sports.

So, what is it about Anglers Journal?

Anglers Journal is set apart. Its corporately titled say of themselves that they found a niche in our fishing world. Well, I think they’re correct, but possibly for the wrong reason. Good writing isn’t a niche, destinations aren’t a niche, but the presentation is, and how the subject is exposed is.

What Anglers is not

Another same size, thin, cheap paper, clogged with ads, and a clogged text magazine with stories about “how-to” early season nymph a high water river. That’s not a new undertaking and not that stirring. However, an Anglers Journal story about a torrent of a river you never heard of in South Africa probably will stir you, if you’re a “seeker” and the story has a soul.

Doug told me that pretend publishers always get the hard part wrong… always adding, a shortcut to failure is to invite an accountant to comment on design

Doug’s not with us anymore, but I remember his print magazine lessons. Lessons Anglers seems to understand:

Do not be beholden to same size layout/format. Don’t try to be the whole enchilada of a genre, don’t fill the page – leave plenty of air. Always create a focal point that’s comfortable for the eyes, choose easy to read text fonts (think about leading and kerning), use challenging headlines… and on and on.

What the latter is all about is what Anglers Journal is all about; design – a pleasure to have in-hand – a reading experience apart.

A story told by a writer that has guide like talents, but opinions about the minutia of equipage told ad-nauseum, including brand BJs, taxes rather than informs about that torrent of a river in South Africa. At that point, most are pretty much no longer interested in what that writer has to say.

Anglers Journal is for folks who know how to fly fish

A talent for writing great fishing stories is rare. Writers with the touch – to name a few: Steve Kantner, Marshall Cutchin, Tom Pero, Kirk Deeter, John Gierach, Thomas McGuane, Howell Raines, Ted Trueblood (1913-1982), Charlie Waterman (1913-2005), and Joe Brooks (1901–1972) put “you” in touch with their story or come at the subject from a position not yet imagined.

Anglers Journal doesn’t have a Deeter nor a Waterman (yet), but the Journal writing has thus far been crisp, so a sense of being there gets encountered; that’s good writing.

They do give arranging to get there – to the torrent of a river in South Africa with sidebars or link with all the information needed.

Anglers Journal is a quarterly subscription print magazine with a Digital Edition and E-Newsletter Sign-up.