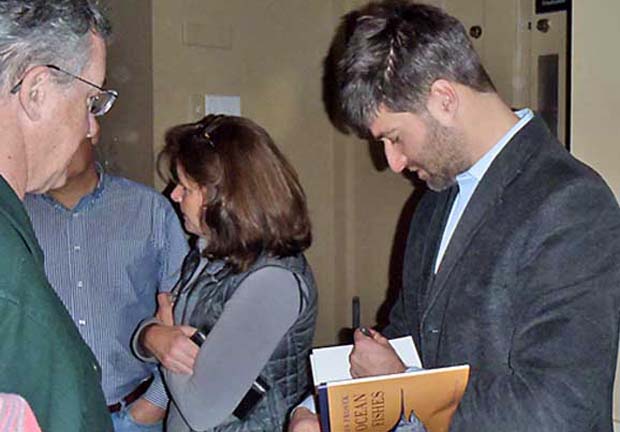 James Prosek On Art And Life

by Monte Burke, I’m a contributing editor at Forbes

[dropcap]T[/dropcap]wenty years ago, James Prosek—then a junior at Yale University—published his first book, Trout: An Illustrated History, and became an immediate star. He attracted a legion of literary and heralded admirers, like Tom Brokaw, Howell Raines, George H.W. Bush and Jann Wenner. His teacher and mentor, the literary critic and Yale professor, Harold Bloom, wrote: “Prosek is a writer at once artful and natural, an original in literature even as he is in painting.” Many of us in the literary, naturalist and fly fishing worlds, it seemed, had been waiting for our wunderkind. And we got him. 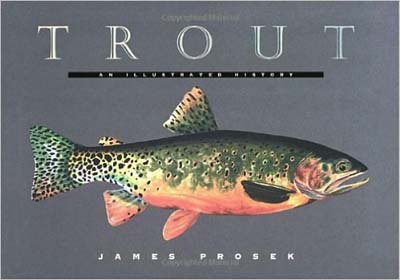 Prosek’s first book, Trout: An Illustrated History was written while an udergraduate student Yale. It was an overnight success and is still in print today.

I first met James a few years after the publication of his first book. I’d been contracted by a magazine to write a profile of the young artist in full. We spent a few days together, fishing, talking, trespassing on private land and drinking a bit too much ouzo on his front porch (OK, I drank too much ouzo.) I came away very impressed with James. He was, at once, youthful in his inquisitiveness about life, and mature and almost old world in his knowledge and smarts (sort of the opposite of the hip, hollow cleverness one finds on social media.)

Many of us might have become satisfied and complacent upon such early success. James wasn’t. Despite the plaudits and praise, he managed to hold on to his native curiosity and humility, and has kept pushing himself. He has since written a dozen more books in various different genres. His art has evolved over the past two decades, and he has exhibited his work in major museums around the world.

The 20th anniversary of the publication of Trout: An Illustrated History seemed like a great excuse to catch up with James, to see what he was up to and what he was thinking about. I asked him a few questions. And he delivered, in kind. What follows are expansive and wide-ranging thoughts about his early success, his influences and artistic process, and his evolution as an artist.

Forbes: So, in 1996, while still at Yale, you publish your first book to great acclaim, and have all of those famous men nearly running out of ways to compliment you and your talent. It was, quite obviously, an incredible way to start a career. It could possibly have also been a bit overwhelming. It’s now been two decades since that book came out. Have you ever reflected on that time and how it affected you?

James Prosek: Yes, I have thought about it, for sure. I kept a scrapbook of all the crazy stuff, letters and articles and things. My roommates in college were a little pissed at me but amused as they were fielding phone calls and writing messages on bits of paper when I was in class. I was essentially running a business from my dorm room. I saved the scrap of paper on which my roommate Andy wrote: “Jann Wenner called. He says he’s the founder of Rolling Stone.” I met with Jann in his office in New York shortly after that. He bought a painting from me and sent Mark Seliger to photograph me for Men’s Journal. I was on CBS Sunday morning with Charles Osgood, NBC Nightly News with Tom Brokaw, in People Magazine. I was interviewed for All Things Considered by Linda Wertheimer. My editor at Knopf for the Trout book, Gary Fisketjon told me that Tom McGuane (a literary hero of mine) heard the NPR interview while driving his truck in rural Montana and told him that what I said in the interview, “made a lot of sense,” or something to that effect. I met Howell Raines, who was then editorial page editor of the New York Times, and when he later became Executive Editor he encouraged me to write more for the paper. Sonny Mehta, the head of Knopf, hand delivered a copy of my Trout book to George Bush Sr. in Kennebunk and the president sent me a very nice hand-written note that said, “well done from a fellow Yalie.” I was the first undergraduate to appear on the cover of the Yale Alumni Magazine. 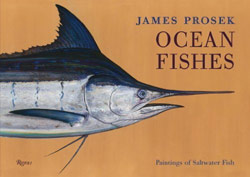 My sister owns a public relations firm and said the kind of press I was getting and exposure was unheard of. She encouraged me to try to capitalize on it somehow. But all I wanted to do was continue making art and writing as I had since I was five years old. The Trout book did well enough that I abandoned plans of becoming an architect and continued to make art and write. So yes, I do reflect on that moment quite often, as it changed the course of my life. The publication of the Trout book and positive reception gave me license to continue to explore and make inquiries and create. And fortunately the early support continued—even from some of the same people who were there at the very beginning of my career. I sometimes wonder what my life would have been like had my mom not encouraged me to send out ten unsolicited proposals to do a book on the trout of North America when I was a college freshman. I had been working on the Trout book since I was nine years old. She asked me “what do you really want to do?” I said I want to make art and write as I’ve been doing since I was a kid. My unsolicited proposal was plucked from the slush pile of tens of thousands at Random House and ended up on the desk of one of the most powerful fiction editors in publishing. It was kind of a fairy tale. I’m very grateful for the whole thing.

Monte Burke: “I am the author of the New York Times bestseller, “Saban: The Making of a Coach,” a biography of Alabama head coach, Nick Saban. I’m also the author of “4TH And Goal: One Man’s Quest to Recapture His Dream,” which won an Axiom Award, and “Sowbelly: The Obsessive Quest for the World Record Largemouth Bass,” which was named one of the best books of the year by Sports Illustrated and Amazon, and was chosen for Barnes & Noble’s “Discover Great New Writers” program. After a 14-year stint as a reporter, staff writer and editor at Forbes, I am now a contributing editor at the magazine. You can reach me at monteburke@hotmail.com, via Twitter @monteburke, or through monteburke.com.”