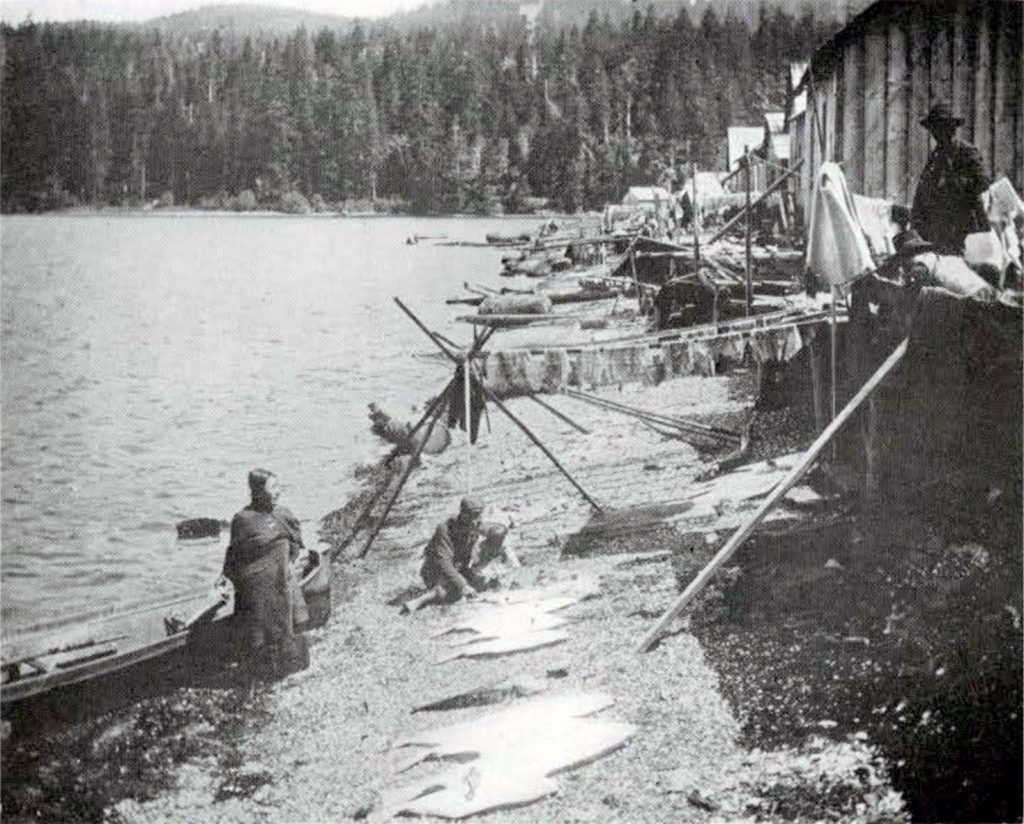 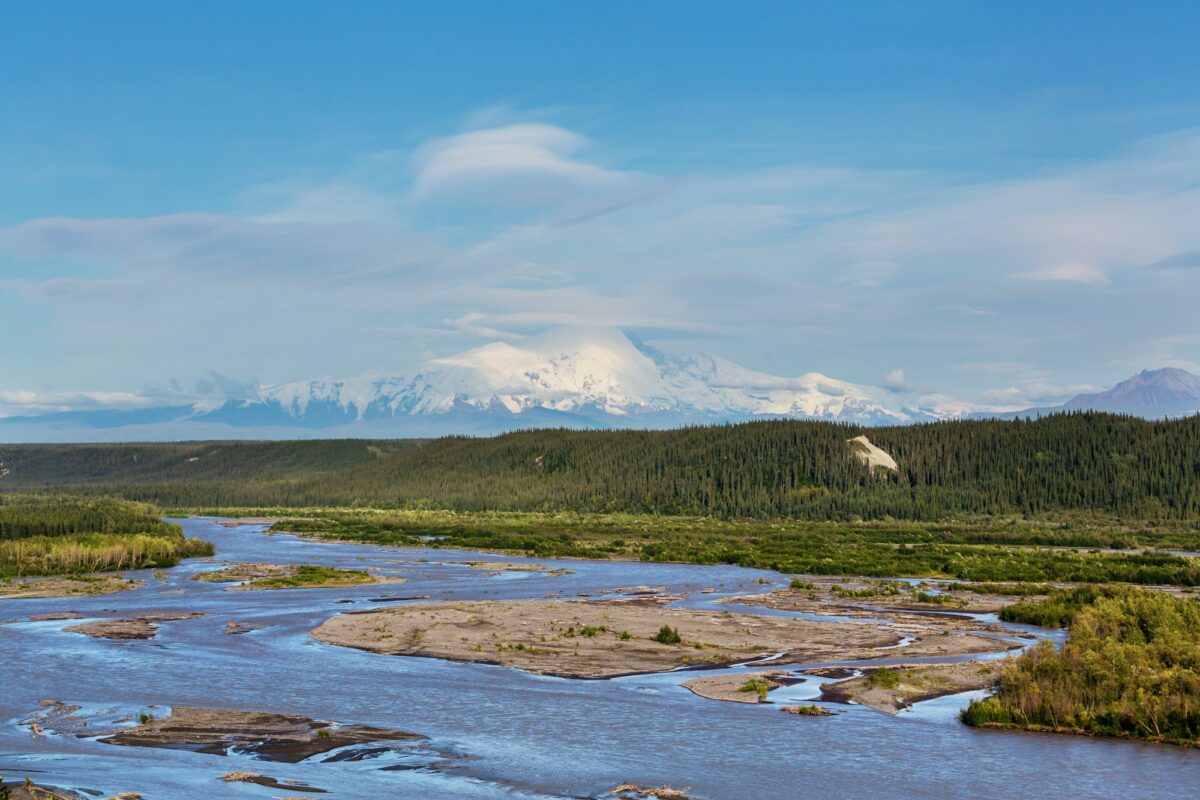 NOTE: ‘The Last Wild West’ is an excerpt from the 2022 spring issue of Backcountry Journal,  the magazine of Backcountry Hunters & Anglers . . .  The story itself is about a time when responsible stewardship was expressed by men and women with a mindset that believed the wilderness idea was something that helped form our character and shaped our history as a people – far from royalty rules of Europe our forefathers abandoned. — Skip Clement

“Something will have gone out of us as a people if we ever let the remaining wilderness be destroyed.” . . . Wallace Stegner

As it was our tradition, we spent the first night at the Char Hole. Four miles upstream from the gravel bar landing strip, it made a perfect place to end our first day shakedown hike . . .

A Taste of History

. . . Newcomers to the Great North should think of Alaska more as a subcontinent than a state – it’s that huge and complicated. The Southeastern Panhandle and the heart of the Interior differ more from population centers around Anchorage than do many foreign countries.

Trying to pick a favorite outdoor venue from this smorgasbord of possibilities is probably a fool’s errand, but even though I’ve been lucky enough to spend time in almost every part of Alaska, one location somehow stands out as more majestic than all the rest: the North Slope of the Brooks Range and the adjacent coastal Arctic plain.

A surreal world of endless summer days and delicious loneliness, the landscape seems constructed by magic rather than the usual factors of weather and geology. Now, however, it stands threatened by forces no more complex than simple human greed. 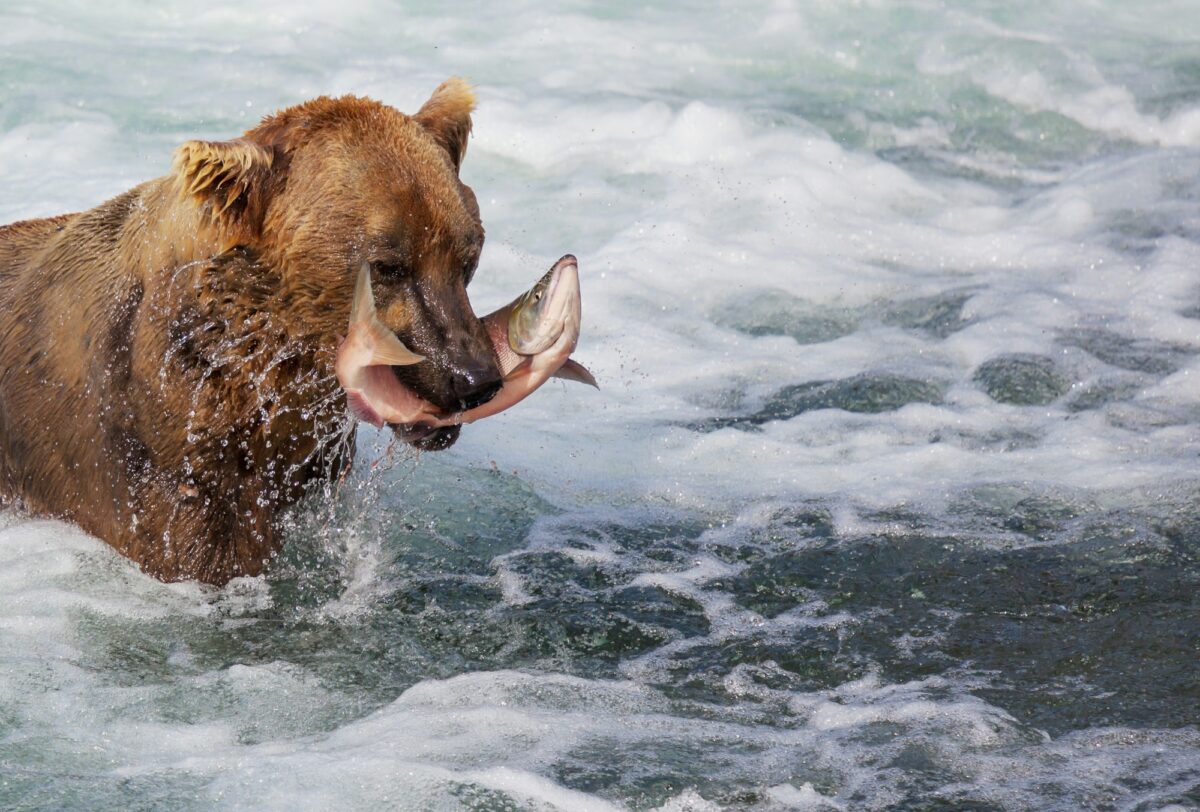 Often referred to simply as ANWR or “the Arctic Refuge” – lies tucked up against Canada to the east and the Arctic Ocean to the north. Today it is impossible to appreciate this remarkable wilderness and the challenges it faces without understanding its recent history.

Most of us know that our National Wildlife Refuge System began with Theodore Roosevelt. With the stroke of a pen in 1903, Roosevelt created the Pelican Island NWR in Florida to protect its vulnerable birdlife from exploitation by commercial plume hunters. NWRs have played a vital role in the preservation of American wildlife (and hunting and fishing opportunity) ever since.

Remote even by Alaska standards

The Arctic Refuge is not a place one visits casually. Save for a scattered indigenous Native population, no one knew much about the area prior to Alaska statehood. In the early 1950s, National Park Service planner George Collins and biologist Lowell Sumner explored the area and drew attention to it with a study titled “Northeast Alaska: The Last Great Wilderness.” 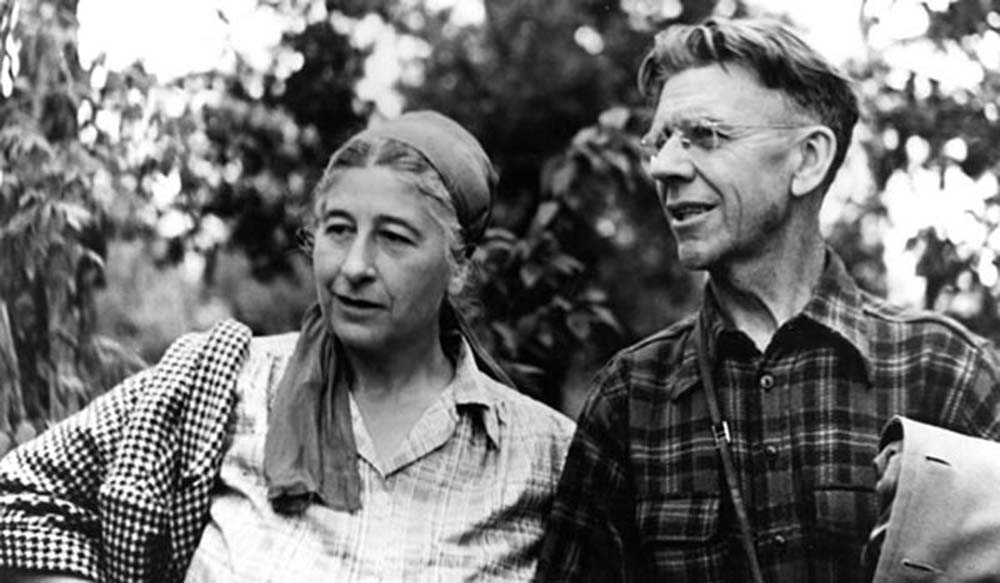 Olaus Murie was born in 1889 in Minnesota. Following his graduation from the University of Oregon where he studied zoology and wildlife biology, he began working in the conservation field. As a biologist for the US Bureau of Biological Survey he surveyed the migrations and population sizes of Alaskan caribou and was then assigned to study threatened elk herds in Jackson Hole in 1927. Olaus’ work focused on a systems-based approach, he studied the entire habitat, not just the species, which was controversial at the time. In 1945 he was named the director of the Wilderness Society, and the Wilderness Society headquarters were at Murie Ranch in Grand Teton National Park. His work helped to establish the Wilderness Act of 1964, though he passed away in 1963. He was awarded the prestigious Audubon Medal in 1959.
Mardy Murie was born in Seattle in 1902, but grew up in Fairbanks, Alaska. She was the first woman to graduate from the University of Alaska in 1924. She advocated for conservation of public land and wrote books about conservation and her travels with Olaus. She was awarded the Audubon Medal in 1998 and the Presidential Medal of Freedom by Bill Clinton in 1998. Mardy passed away in 2003.  Wilderness Society image.

In 1956, Wilderness Society President Olaus Murie and his wife, Margaret, made an extended expedition into the Sheenjek River valley on the south side of the Brooks Range,accompanied by Supreme Court Justice William O. Douglas and several young biologists including the later world-renowned George Schaller. Upon their return, this group lobbied Congress for permanent protection of the area. In 1960, President Dwight Eisenhower created the Arctic National Wildlife Range there, including nearly 9 million acres of designated wilderness, the federal government’s highest level of habitat protection.

In order to address longstanding Alaska Native land claims and allot land management responsibilities among state and federal agencies, Congress passed the Alaska National Interest Land Conservation Act in 1980. None of the stakeholders got everything they wanted, but the Eisenhower-era Arctic National Wildlife Range was folded into the newly created 19 million-acre ANWR. While most of the additional land did not receive wilderness designation, ANILCA specifically required formal congressional approval prior to any oil and gas development within ANWR.

Join, [CLICK ON LOGO] and find a chapter. Help protect your public lands and waters to fish and hunt.