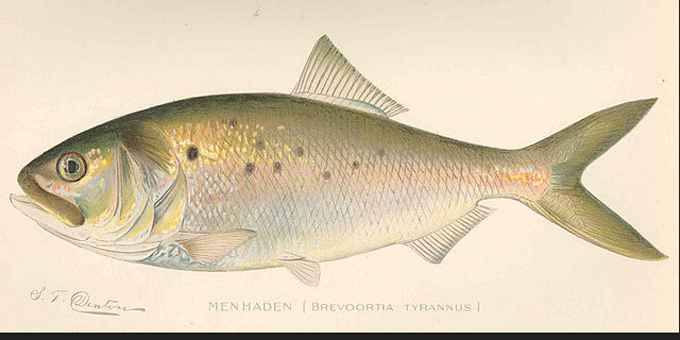 [dropcap]M[/dropcap]eeting in Bar Harbor, Maine, the Atlantic States Marine Fisheries Commission voted to allow a 6.5 percent increase in the harvest of menhaden, an oily little fish that no one eats but is the largest catch, by weight, in the Chesapeake Bay. They’re used to make an animal meal and health supplements, and as bait to catch crabs, striped bass, and other fish. But they’re also considered a vital link in the marine food chain, and a staple in the diet of striped bass and other predators. For all of those reasons, their management stirs intense passion.

The Commission, which regulates near-shore fishing from Maine to Florida, had deadlocked in August over whether to raise the allowable menhaden catch next year. It began its final meeting of the year this week facing the need to set some limit, or there would be no cap at all in 2017. 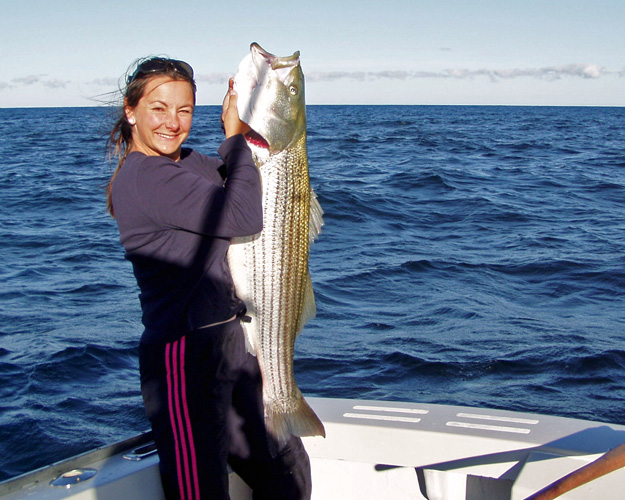 Fishing interests have been pushing for a substantial catch increase, arguing that recent studies showed there were plenty of fish in coastal waters and no risk of taking too many. Conservationists urged the commission to stay the course, saying the fisheries panel should first figure out how many menhaden are needed as food for other fish and then look at reallocating the commercial harvest to spread the catch around more.

The debate is the latest round in a dispute that goes back to December 2012, when the commission cut the catch 20 percent coastwide after a stock assessment had indicated the fish population was overfished. It was the first time it set a coastwide harvest limit for menhaden.

A subsequent study finished last year, which used new models and new information, contradicted the earlier one, finding that menhaden weren’t overfished. Further analysis by the commission’s technical advisory committee suggested the fish were abundant enough that catch limits could be raised by as much as 40 percent without any risk of taking too many.

Commercial fishing interests pressed for an increase of at least 20 percent from the current coastwide cap of 188,000 metric tons, arguing that it would ease the economic pinch that fishermen have had to endure the last four years because of a cut they said the science showed was unwarranted. But conservationists resisted, pointing out that the commission already raised the catch limit 10 percent last year in response to the more optimistic stock assessment, and that it had not yet figured out how many menhaden should be left uncaught to feed other species.

Bill Goldsborough, senior fisheries scientist with the Chesapeake Bay Foundation and a member of Maryland’s delegation to the commission, appealed for the panel to hold the line on the harvest. There are signs menhaden are increasing in number and showing up in waters off New England where they haven’t been seen in years. But while surveys show increases in juvenile fish along much of the coast, sampling has not found a similar upswing in the Bay, one of the primary nursery areas.

“There’s a lot of talk about how there are more fish out there, and it seems like there are,” Goldsborough said. “But that’s not science … That’s anecdote.”

He urged the panel to leave the cap alone until next year when it’s planning to make two critical decisions about the future management of menhaden that could again alter catch quotas. The commission is moving to fulfill a commitment it made 15 years ago to regulate the menhaden fishery based on its ecological as well as its economic value, Goldsborough said, and more recently members have vowed to revisit the current distribution of the commercial harvest.

Three-fourths of all menhaden caught coastwide are netted by a fishing fleet owned by Omega Protein Corp., which processes them into meal and fish oil at a plant in Reedville, VA. The rest are caught by others for bait, and some argue the formula used to distribute those catches among coastal states and types of gear should be tweaked. Studies are under way to help address those issues, but won’t be ready until next year.

“I think we should stay the course,” Goldsborough said, warning that to ratchet up the catch limit now may handcuff the commission in trying to decide those questions.

But others said they saw no downside to permitting what they considered a small increase in the catch. The increase approved Wednesday would raise the cap to about 200,000 metric tons, still below the 212,000 metric tons allowed to be caught before the 2012 cut.

“We needlessly cut [in 2012] on bad science, on a knee-jerk reaction that was based on politics,” said Kyle Schick, a member of the Virginia delegation. Schick contended that the 10 percent increase approved last year was “way lower than it could be,” based on the scientists’ assessments. 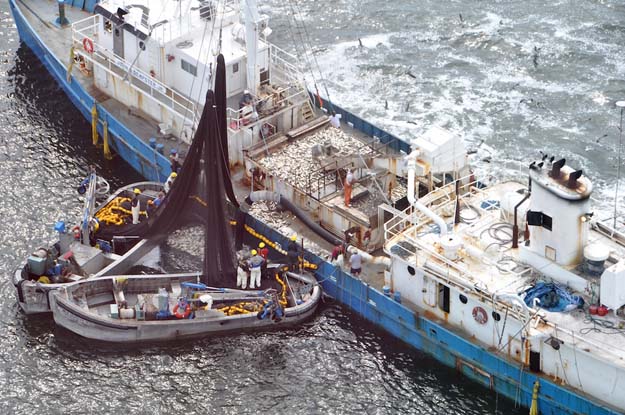 Ben Landry, a spokesman for Omega Protein, called the size of the increase “a little disappointing,” but nevertheless praised the commission for its “measured approach” toward restoring some of the catch allowance lost in 2012. That cut prompted Omega to lay off about 65 workers and idle three of the nine vessels in its Reedville fleet, he said.

Raising the cap last year brought two vessels back, added 24 workers and brought overall employment back to around 270, Landry said. This increase won’t allow the addition of another vessel, he added, but should lead to a “handful of hires,” probably less than 10.

Robert Newberry, head of the Delmarva Fisheries Association, which had lobbied for a 20 percent increase, dismissed the commission vote, saying by email that there was “no science considered. Pure politics.” On the other hand, Robert T. Brown, president of the Maryland Watermen’s Association, called the increase “a start” toward a larger increase later.

Conservation groups, though, said they were disappointed that the commission had approved any increase.

David Sikorski, government relations chairman for the Coastal Conservation Association Maryland, called the vote “an unfortunate compromise that only benefits those with the largest piece of the pie” and hurts the interests of recreational anglers. Striped bass rely on menhaden, he said, and increasing the menhaden catch undercuts efforts to ensure long-term sustainability for the state’s most popular fish, not to mention others that feed on menhaden.

Joseph Gordon, manager of mid-Atlantic Ocean conservation for  the Pew Charitable Trusts, said he believed the higher quota could undermine the positive signs seen lately in menhaden abundance and affect species that feed on them, including bluefish and whales.

“While the Commission reaffirmed its commitment to move to a big-picture, ecosystem approach next year,” he said, “that shift can’t come soon enough.”

NOTE: The original post misidentified the affiliation of Kyle Schick. He was speaking as a member of Virginia’s delegation. The Bay Journal regrets the error.

Timothy B. Wheeler is managing editor and project writer for the Bay Journal. He has more than two decades of experience covering the environment for The Baltimore Sun and other media outlets. Send Tim an e-mail.
Read more articles by Timothy B. Wheeler