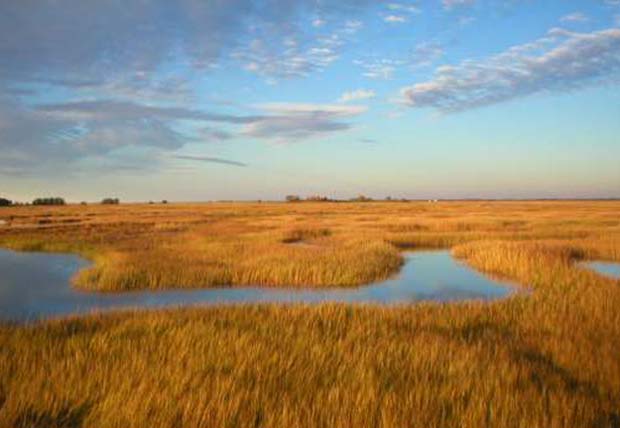 News: Status and Trends of Wetlands in Coastal Watersheds

[dropcap]N[/dropcap]OAA has authored a new report, “Status and Trends of Wetlands in the Coastal Watersheds of the Conterminous United States 2004-2009,” with the U.S. Fish and Wildlife Service.

According to the report’s findings, the coastal watersheds of the continental United States lost wetlands at an average rate of 80,000 acres a year from 2004-2009. That’s approximately seven football fields, every hour! It’s a 25 percent increase over the previous 6-year study period.

In the upper parts of coastal watersheds, stressors associated with development—both residential and infrastructure—were key factors in wetland loss. The loss of these valuable wetlands threatens not only our nation’s sustainable fisheries and protected species, but our supply of clean water, and the stability of shorelines in the face of climate change. With almost half of the U.S. population now living in coastal counties, continued loss of coastal wetlands means less protection for those communities from strong storms, such as Superstorm Sandy.

Through the Habitat Blueprint, NOAA Fisheries is working across programs and with partner organizations to address the growing challenge of coastal and marine habitat loss and degradation.