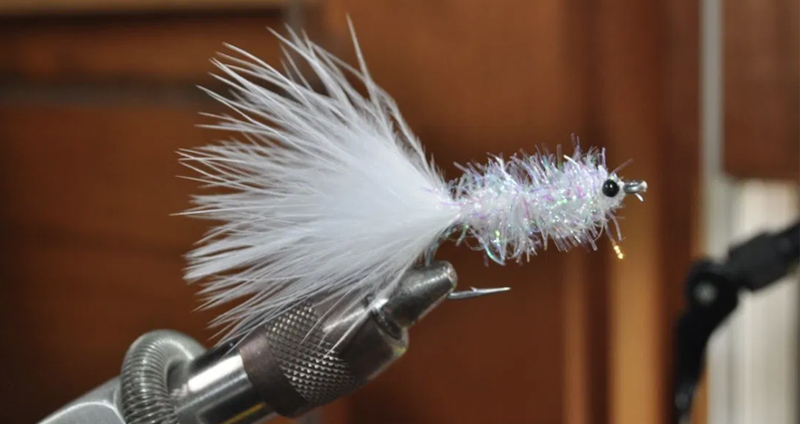 Norm Zeigler is not a household name in fly fishing . . .

This is image not from the video – it’s as close to the original I found in one of my old Florida tying boxes.

. . . but his part shrimp and part minnow Schminnow is 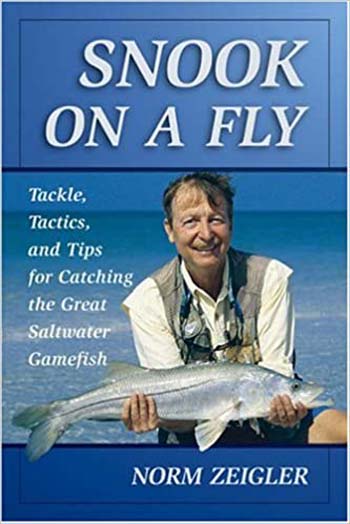 If you’re a South Florida flats inshore fly fisher, and a champion the Centropomus undecimalis [common Snook] as a prized catch, Norm Zeigler’s Schminnow has been your go-to fly forever, and if it hasn’t, get with it. The Schminnow is in the Clouser Deep Minnow [Bob Clouser] and Woolly Bugger Streamer, invented by Russell Blessing league.

The fly, Schminnow [resembles a large wooly bugger, but was originally tied with estaz], like those mentioned above, and an astonishing number of other “deadly” classic flies are so simple to tie that they are taught at beginner fly tying classes. Too, and obviously, the materials are readily found at Dollar stores to big-box outdoor stores, but for best ‘pickin’ your local fly shop and online.

I came upon the Featured Image [above] simultaneously of a third spring cleaning, yeah, I know a bit much. However, with COVID 19 and feeling it wise and helpful to keep the frequency of trips to the store and visiting at a “need” level and even keeping my buddy fishing and our coffee tying group at a full stop. Homegrown tasks got new to-do time values.

My recall of their cross border and multi-ethnicity value: smallmouth and largemouth basses, crappies, stripers, rainbows, browns, dollies, salmons, and offshore anything prompted more productive matters – tying up a variety of Schminnows [17] until I ran out of hooks I wanted.

I had to Google Ziegler’s materials recipe, but there were differing lists. Still, none varying so widely that they’d change the finished appearance, swim ability, or swim depth during the proper retrieve. The latter observed from a pond review behind my apartment complex—no bites either [#2 white] at midday and hot. 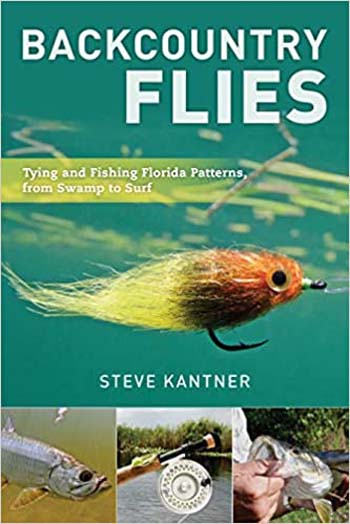 Here’s a great companion book – together you’ve got South Florida covered like a blanket. CLICK ON COVER.

Norm Zeigler’s Crystal Schminnow was tied initially in white with a trimmed tail. The original idea was to create a lightweight fly aimed at targeting Snook in the shallow waters along beaches in South Florida. A light fly was essential to keep splashing to a minimum.

Norm said: The Schminnow has landed 55 species of fish in salt and freshwater

Zeigler is reported to account for 34 of the species himself and tied with dumbbell eyes is used when target fishing for seatrout, pompano, striped largemouth bass, etc.

Snook on a Fly: Tackle, Tactics, and Tips for Catching the Great Saltwater Gamefish.