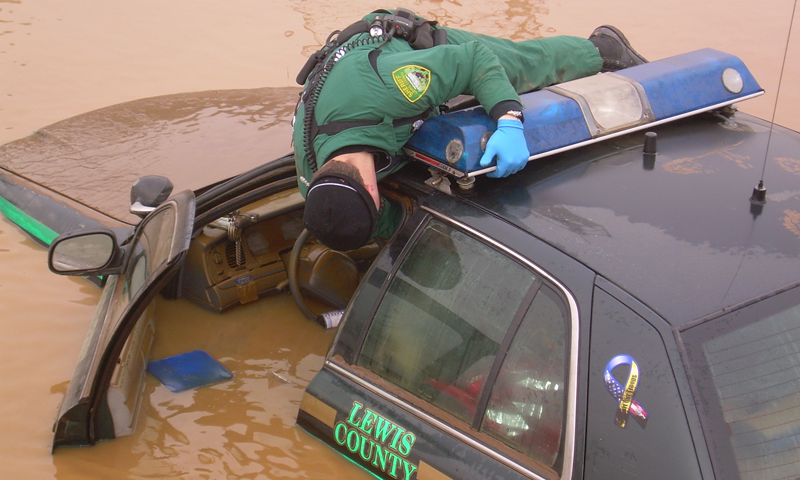 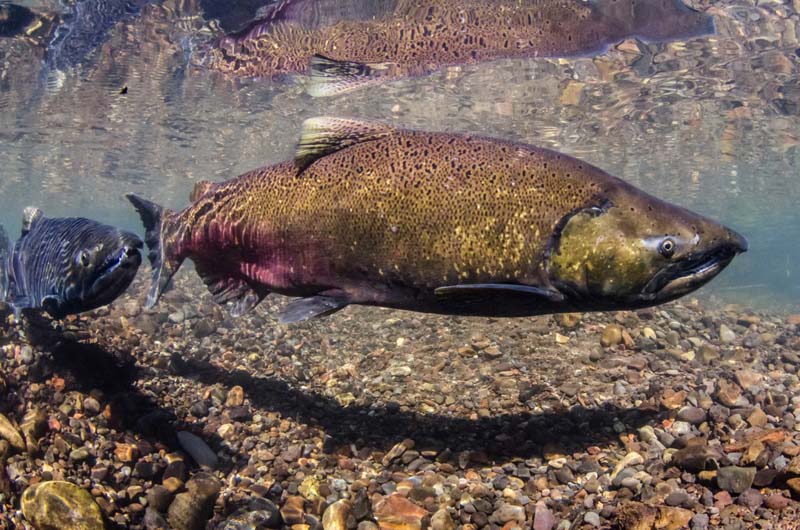 Chinook salmon, one of several species of Pacific salmon and steelhead that return to the Chehalis River and its tributaries. The Chehalis is one of few Washington watersheds where these fish are not listed under the Endangered Species Act. Photo: UW

Salmon could be taking another hit in Washington State

The Chehalis River has flooded 18 times in the past 20 years, sometimes submerging Interstate 5 near Olympia. The local Flood Control Zone District is proposing a new dam to prevent extreme high water. A draft environmental impact statement is now out for public comment.

The new dam would only trap water when the river reaches a certain volume. This is what’s known as a “run of the river” dam; under normal conditions, it would let the Chehalis run.

A fish passage would be designed using through underground tunnels. A gradual release of the reservoir dammed up water would be managed by valving mechanisms. But in fine print, the structure would require clearing forest land along the river — and it would be massive, and it would be an environmentally destructive.

For the past two decades, dams have been falling across the United States in a bid to reverse a legacy of destruction of fish and their habitat. American Rivers, a nonprofit advocacy organization, estimates that 1,200 dams were dismantled nationwide from 1999 to 2019, including major dams on the Elwha and White Salmon Rivers in Washington State.

But in southwestern Washington, a local flood control district is going against the flow by proposing a major new dam on the Chehalis River. At close to 200 kilometers long, the free-flowing Chehalis River drains 7,000 square kilometers before emptying into Grays Harbor on the Pacific Ocean. The Chehalis is a critical salmon stream and the largest river system fully contained within the state’s boundaries. 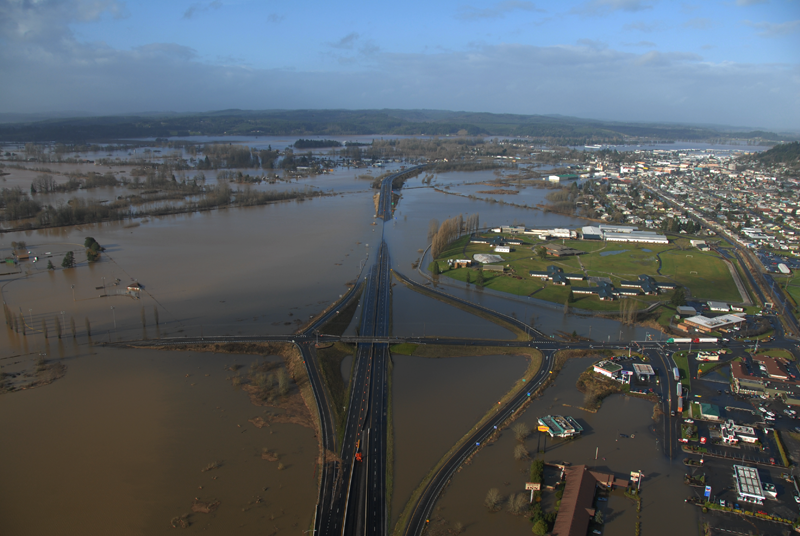 Let’s get rid of the science, or should we?

The DEIS states “2,955 existing structures could be inundated during a catastrophic flood in late-century. The Proposed Project would eliminate flooding for 1,280 of these structures,” or less than half of those expected to experience significant flooding. Moreover, the DEIS does not provide specific information for how many of those structures are in the lower Basin where communities like Montesano, Elma, Aberdeen, and Hoquiam face unique flooding threats of their own.

Despite a decline in salmon runs of 80% over the last 30 years, the Chehalis River Basin remains one of the most important producers of wild fish in Washington State and is one of the few places left in the state where no salmon species are currently listed as threatened or endangered.