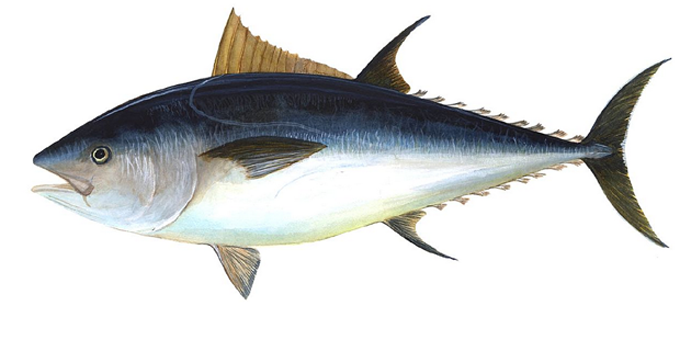 Monte Burke is a contributing editor at Forbes. Opinions expressed by Forbes Contributors are their own. Monte Burke is a staff writer at Forbes magazine, where he has written more than 100 profiles of chief executives, sports figures and entrepreneurs.

[dropcap]M[/dropcap]ost of us who pay even the slightest bit of attention to outdoor and environmental writing already know this for a fact: Ted Williams is a national treasure. I can think no one who so consistently—and effectively—bangs the drum on behalf of the environment, conservation, our game, fish and wild, open spaces. Williams calls out the miscreants and criminals who trash our environment, and praises the heroes who fight for it. His prose is candid, clear-eyed and concise. Williams is also opinionated but always supported by well-researched facts. He has become, in many ways, the modern-age equivalent of Rachel Carson for sportsmen.

Williams has written four books. Fly Rod & Reel magazine has admirably given him ample column space for many years. He also writes a regular column for The Nature Conservancy, and is a frequent contributor to Audubon, Mother Jones and High Country News.

I recently caught up with Ted to talk about the growing divide between sportsmen and environmentalists, the NRA, Obama’s record on the environment, feral cats and his favorite fish.

Forbes: You are one of the foremost environmental writers in the country, as well as a hunter and fisherman. For some folks, that might seem like a contradiction. The purists—and the folks at PETA—would say you don’t really love the earth and its creatures if you are hunting them and fishing for them (even if you are practicing catch-release). What’s your take on that? Is it as simple as acknowledging that those who engage with the species the most are also their biggest advocates?

But it doesn’t follow that most sportsmen are environmentalists. As a group they tend to be politically naïve and easily manipulated by their worst enemies. Because he fished and hunted and whooped it up for gun ownership, sportsmen ensured the election of George W. Bush—the most anti-fish-and-wildlife president we’ve ever had with the possible exception of Ronald Reagan, also propelled into office by sportsmen.

PETA-type purists may love fish and wildlife but not enough to learn about it. That’s why they oppose use of rotenone to save endangered fish from being hybridized and outcompeted off the planet, and that’s why they oppose culling of overpopulated deer and alien wildlife (feral horses, burros, cats, rats, hogs, goats, etc.) that destroy our native ecosystems.

Forbes: Along those lines, I’ve noticed in recent years that as the National Rifle Association has become more hardened in its stance, the folks on the left have become more hardened in their response to that stance (I acknowledge that I could have this “cause and effect” backwards). The SHOT Show, which used to be mainly about hunting, now appears to be dominated by the “tactical” side of the gun world. I’ve also noticed that Field & Stream seems to have more “tactical” advertisers these days, and likes to poke fun at environmentalists as “greenies.” Environmentalists haven’t exactly done a great job of reaching out to outdoorsmen, either. This is disheartening to me for a number of reasons, but mainly because I’ve always felt that there is much common ground between outdoorsmen and environmentalists, and that some incredible good could come from those two groups banding together. I know you’ve written about this very subject. Why is it a good idea? Could it happen?

Williams: It started with the NRA which can now be counted on to be on the wrong side of every environmental issue, from banning trade in elephant ivory to replacing wildlife-poisoning lead in bullets and fishing sinkers with equally efficient and affordable non-toxic metals. For its board the NRA selects people like Rep. Don Young (R-AK), an ardent supporter of the Pebble Mine that would destroy Alaska’s best trout and salmon habitat. When I reported Young’s abysmal environmental voting record in Sierra magazine, NRA’s then director, Kayne Robinson, threw a hissy fit during a presentation he gave at the annual convention of the Outdoor Writers Association of America, slamming the magazine against the podium and accusing the Sierra Club of declaring war on sportsmen—this despite the fact that I hadn’t mentioned the NRA. After Robinson’s tantrum, the OWAA board wrote him a polite, almost apologetic letter, explaining that maybe this wasn’t the way to treat a fellow supporting member. That letter, if you can believe it, triggered an exodus from OWAA of 41 supporting members, the NRA included, and 145 individual members. We’re a better organization because of it. Field & Stream has a checkered history. At times, as when Mike Frome was doing its conservation column and under the editorship of Sid Evans, it has been a beacon of enlightenment. At others it has attempted to garner subscriptions by playing to sportsmen paranoia about “anti-hunters” supposedly lurking behind every tree. Because sportsmen tend to be conservative and greenies tend to be liberal, “poking fun at greenies” is another ploy of the hook-and-bullet press to shake down subscription fees. On the other hand, the greenies bring a lot of it on themselves with hypocritical fundraising and a refusal to reach out to sportsmen or even acknowledge them. When sportsmen and greenies work together, as they did with the recent Sage Grouse Initiative that has saved 6,000 square miles of habitat on 1,120 ranches and provided a brighter future for 350 species, they become an unstoppable political juggernaut.

Forbes: On that note, do you feel that people in the U.S.—generally speaking—are moving away from outdoor pursuits? We’re told this all the time, but is it really happening? If so, is that something we should be concerned about?

Williams: Yes, yes and yes. The public is increasingly estranged from nature. I recommend Richard Louv’s superb book Last Child in the Woods: Saving our Children from Nature Deficit Disorder. I am continuously appalled and dismayed by the ecological illiteracy that blights our nation. Here’s an example: I erect nest boxes for eastern bluebird in our field. If I didn’t euthanize the alien English sparrows that enter the boxes, they’d peck the bluebird nestlings to death and raise their own broods which would then imprint to the boxes and spread like a virus. All this is Bluebird Husbandry 101; but last year when Peyton Marshall explained it in The New York Times he was cursed from hell to breakfast by most of the 425 readers who responded online. Typical of the mindless comments was this: “Brutal and cruel…. Why not just sterilize the females?”

Forbes: What do you think is the biggest issue facing outdoorsmen these days? What are some steps we can take to make it better?

Williams: Habitat destruction. Causes include proliferation of invasive exotics, water and air pollution, development and global warming. We can stop coddling invasive exotics. Without controlling alien mammals and without short-lived poisons for alien-fish and alien-plant eradication the battle to save native ecosystems is lost. We can vote out politicians who kill programs like the Land and Water Conservation Fund, who seek to emasculate laws like the Clean Water Act and who deny global warming. We can incorporate green-space protection into planned, cluster developments the way the Brits do. And, while we should commit to renewable energy, we need to build wind and solar projects where they’ll do the least damage to wildlife instead of plastering them willy-nilly over the landscape as with our current “green energy” binge.

Forbes: You research and write about environmental wrongdoings for a living. Do you ever get completely disheartened and want to quit and throw your hands up?

Williams: No, because I’ve been around long enough to see enormous improvement. When I started writing there was no Clean Air Act, no Clean Water Act, no National Environmental Policy Act, and only an ineffectual Endangered Species Act. Alligators, grizzlies, gray wolves, fishers, bald eagles, ospreys, peregrine falcons, eastern bluebirds and brown pelicans were on a toboggan run toward oblivion. Black-footed ferrets were thought extinct. I recall arguing with one of my fellow employees at the Massachusetts Division of Fisheries and Wildlife who declared that DDT would never be banned. The next year President Nixon posed this question to my friend Nat Reed, later confirmed as assistant secretary for fish, wildlife and parks: “What’s this stuff called DDT, and should we do anything about it?”

Reed replied: “Mr. President, we need to ban it. And if you don’t want me to, I’m not interested in the job.” A year later DDT was banned.

It’s important to report bad news. However, by not reporting enough of the good news environmental publications engender hopelessness. I’ve been as guilty as anyone, but I’m making amends with a monthly column for The Nature Conservancy called “Recovery.” The subhead reads: “‘Conservation’ is no longer enough. Instead of just saving what’s left we need to restore what’s lost.”

Williams: I’d give him a solid B. For a city guy from Chicago who never had much chance to get into the outdoors he’s done well. He’s appointed decent, competent people. He’s restored science to federal resource agencies. His Interior Department has done some good stuff, like the Sage Grouse Initiative. He’s been a leader on climate change. And, now he’s stuffing an anti-environmental Congress with his veto pen. He’s saved us from the Keystone Pipeline; and he’s vowed to kill Don Young’s “Empty Oceans Bill”—an assault on the Magnuson-Stevens Fishery Conservation and Management Act.