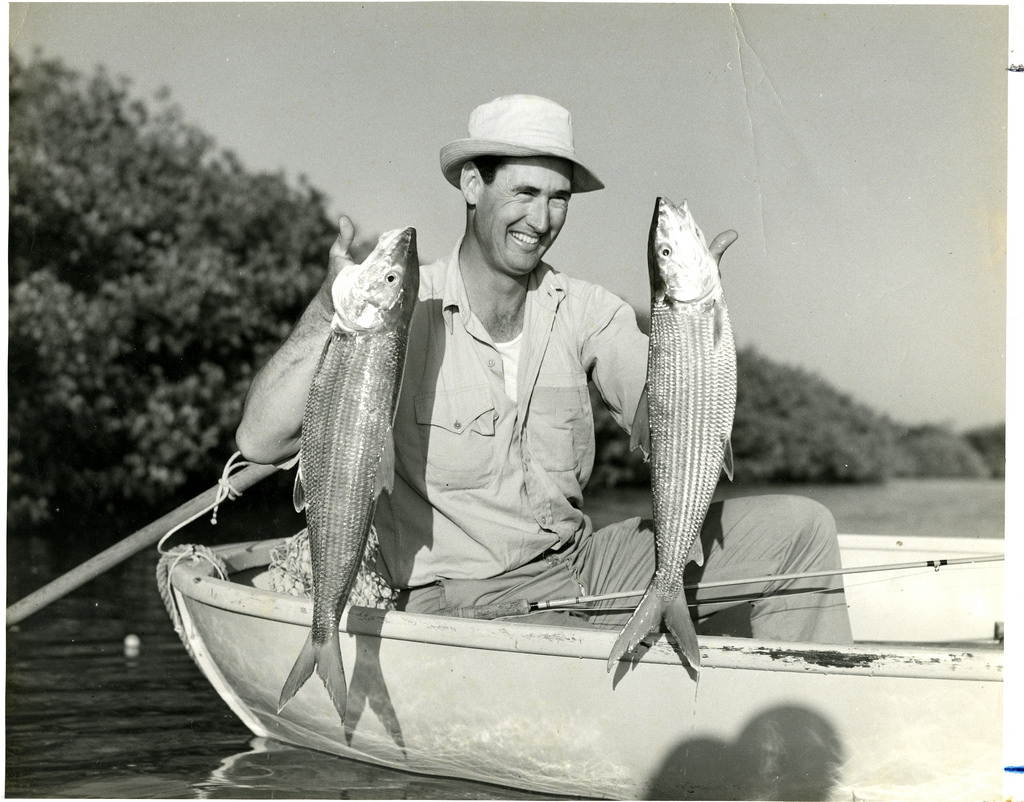 Old composition notebooks, faded photos, and rusted hooks gave us a roadmap to our bonefishing winters

For over four decades, our business’ birthed fly fishing “club” manufactured ten or more day conferences that lopped off the tail of January and launch days of February’s contribution to the calendar. Our destinations were bonefish, permit, and tarpon oriented. So we covered most of the so-called ‘bonefish’ islands of the Bahamas, Belize, coastal waters of eastern Honduras, Turks and Caicos, Cayman Islands [Little Cayman, and Cayman Brac], and much of Mexico’s Yucatan and Atlantic side, and an uncountable number trips to the Florida Keys. The latter and The Bahamas would also be family-oriented “Spring Break.” Out of six marriages, our business group was only mentioned in divorce court twice for having contributed to marital breakups.

Having a perspective on bonefish flies

The connection in all these habitats is room for a common thread. Bonefish eat a variety of foods found within the borders of many flags. Still, even within those domains, there are sections where food eaten by Albula vulpes is predominantly of one type of crab or shrimp, having many colors, shades, sizes, and being plentiful no matter where we were.

For a Russell Blessing Wooly Bugger of flies, we chose Mike Conner’s style “Bendback” interpretation – it worked on everything that showed up on the flats – having had traits of both a shrimp and crab. Then, of course, we bought flies at our destinations from the guides/lodges; and in a few years, each of us had a collection of all three types of flies that played well to crabs, shrimps, and mixed race.

Materials early on were almost nonexistent for saltwater, and we had to rely on keeping guide flies produced in countries we tread on. Our connections to the Keys created the best fly tying sources, Bill Curtis, for example. And along the way, images of flies began appearing in magazines.

The NYC pizza to any self respecting vulpes

There are many that look like this and if you’re good with that they will work, but this fly tied by local talent as far back and 1960s always got the grab. Rueben’s is a Picasso compared to what we tied back-in-the-day. Instructions in Spanish and Recipe in English/Spanish.

Sorry, no audio except a grown boy crying about something with his guitar. If you know how to tie you won’t need a recipe. Fly tied by Chris Dean from Miami.

The pattern below has generations of the family behind it, and as passed on genetics go, the DNA exposes itself in Mike Conner’s Bendback Shrimp

NOTE: No video or recipe

“A style of tying shrimp rather than a specific pattern, tying bendback style allows you to fish shrimp flies over the and through grassy bottom, where shrimp take refuge. The fly in the photo is a version that has taken many seatrout, reds and snook for me over grassy mudflats, as well as tripletail and pompano on occasion. Steve Farrar fibers lend it a translucency, Sili legs provide motion and I add mono stalk eyes for realism. I mark up the flash chenille body and the wing with bands that suggest a shrimp’s segmented body. It can be weighted with fuse wire on the shank before tying, or fished without added weight. Hook sizes 2 through 1/0 are ideal.”  — Mike Conner 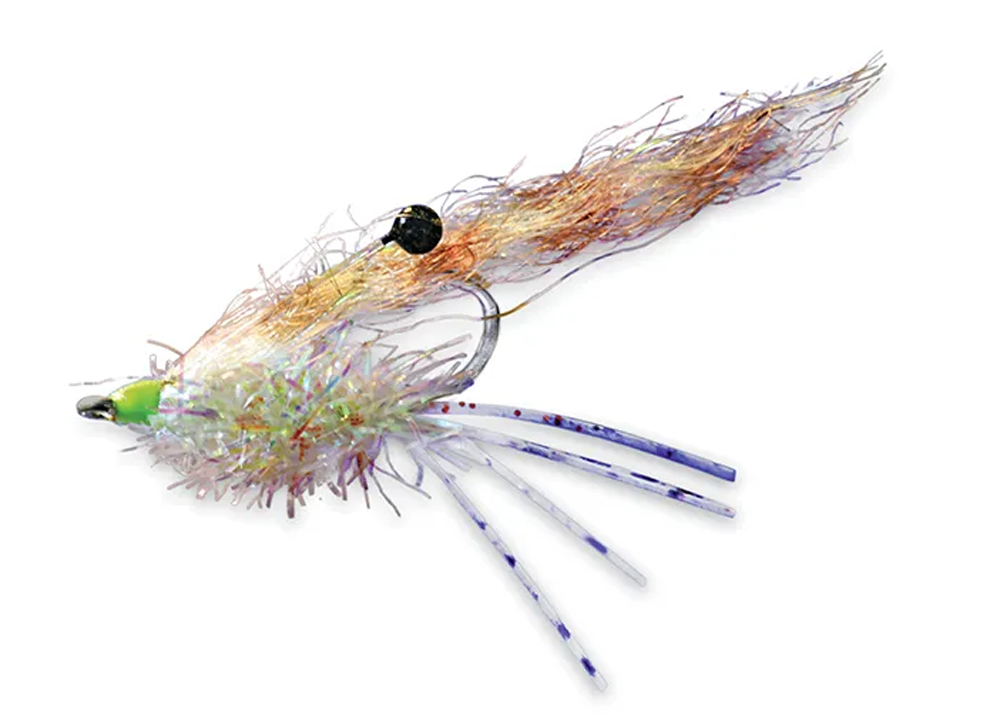