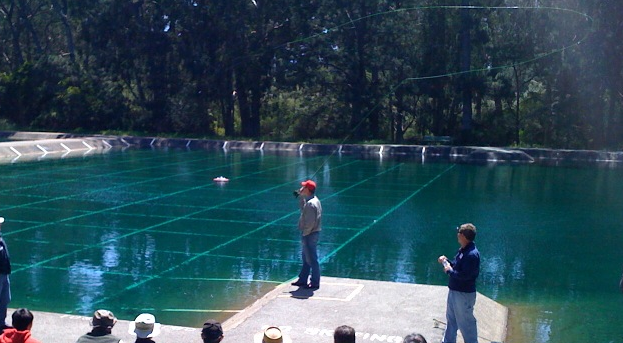 Opinion: Become a better angler by hitting your target, wherever it is.

To be a better angler, you do need to be able to cast big; accurately

[dropcap]A[/dropcap]lmost every contact one has with a fly rod company representative, or fly shop sales staff person gets told that being able to cast big is not an issue because most fish are caught +/- 30-feet away. Okay, that’s almost true – certainly for “nymphers” it is as it is for Tenkara advocates, but when it’s not, are you okay with just being s%$t out of luck because you can’t hit 50-, 70-, 100-feet, or more? Truth may be, not being able to cast big is the elephant in the living room. 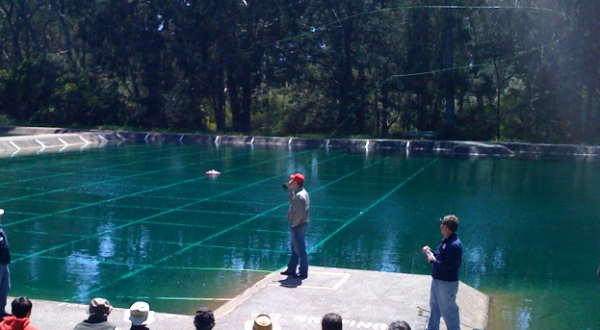 Why oh why do they make them to cast a mile?

Why is one of the advertised features of at least one new rod, each year, fastened to an action that is faster than a speeding bullet? Because almost every angler going on a trip to fish the salt… anywhere, big browns in New Zealand, Atlantic salmon in Iceland, South America’s Pantanal for peacocks, or even on home waters, wants a fast action fly rod. So, what does fast mean, distance? Of course, it does.

Do you think for one minute that a modern super fast fly rod from Orvis, Sage, Loomis and others is only fit for pro casters, tournament casting champions like 14 year old Maxine McCormick or Steve Rajeff, consummate world champion single-handed distance casting champion? No, no, no. For example, an Orvis Helios 3D in any weight is a friend to fly casting.

Every fly fishing acquaintance who became good at fly fishing has told of regret while fishing that included not reaching a fish that was reachable had they been casting competent enough to achieve it.

The extreme of casting big is the sporting side that not too many even know exists. It’s called, not so oddly, “Tournament Casting.” The Mecca for it is Europe; the world champions come from America – the West Coast almost exclusively.

The last recognizable world casting winner from anywhere other than the West Coast was an East Coast pip-squeak among men. That’s because she was a woman. Joan Wulff, decades ago, and a mere 5’5″ in flats, showed the world how to cast for distance, and her technique is still copied. Her finish, shown here, is the trademark recognizable in dozens of today’s logos. 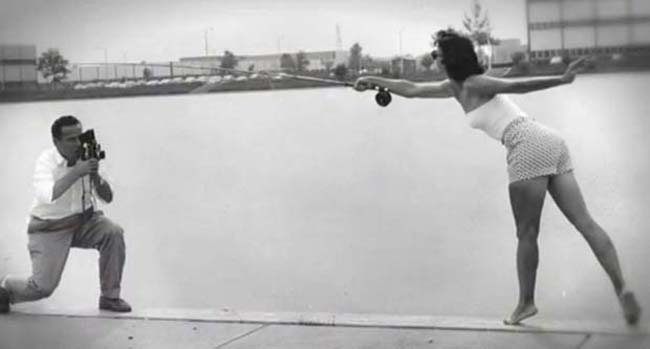 In 1948, noted fly fisher Charles Ritz invited Joan Wulff to the first post-war fly fishing event to re-open in Europe, and she impressively won the competition at only 21-years-old. In 1951, she became the first woman in history to win the Fisherman’s Distance Event, casting 131-feet against the all-male competition. Later, at another event casting 161-feet to take all honors. Joan Wulff‘s impact on casting techniques has never been fully explored. 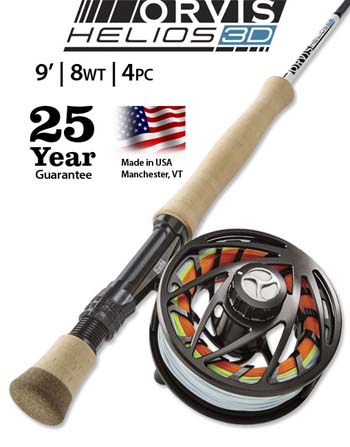 An Orvis Helios 3D in any weight is a friend to beginner fly caster and pro alike. Why? Because it’s not designed and built with a flagpole butt section and a buggy whip top section – and who knows what other actions are in the complementing segments. It does not require arm wrestling muscularity to cast long, far, or more importantly, all day.

Are the other top brands in the same impressive cash withdrawal league? Yup, and you can expect the same friendly usage when needing that cross-town transit cast.

Do you have to spend a lot of money to get a gifted casting machine like Orvis’ Helios 3D? Not exactly, but make sure you test drive before purchasing one.

Do you have to learn to cast big? I think so… and yes, you can