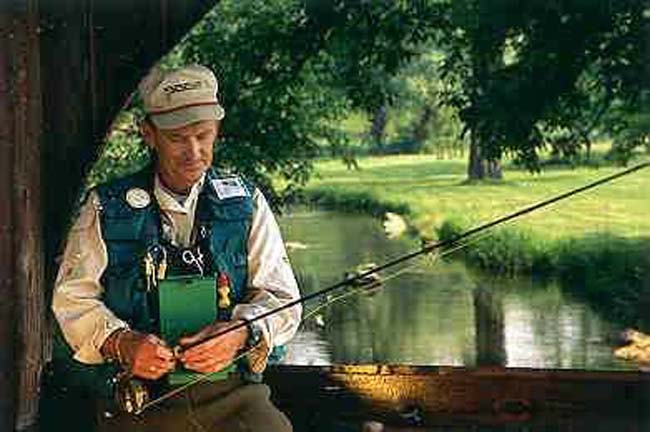 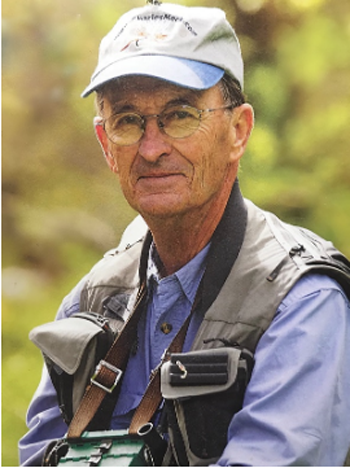 He was a fly fishing legend, remembered by anyone who ever met him, even once as I did.

He was the author of fifteen fly-fishing books and hundreds of articles, and a member of the Pennsylvania Fly Fishing Hall of Fame.

[dropcap]I [/dropcap]was a counselor in my mid-twenties, working with troubled kids at a local elementary school, when we met.  But I, and the other counselors who were there that day, also worked with the kids outside the classroom, trying to keep them on track, trying to teach them a few social skills that might turn them from the dangerous path they were already following at such a young age.  This day, we took the kids fishing.  We had just set the kids’ bobbers and bait when I heard some rustling behind me.  I was correcting two kids who had already begun fighting with each other when out of the underbrush stumbled a thin man with a butterfly net.  I chuckled to myself, looking at this man and his net, and thought, “Great, another person with questionable mental capacity is not what I need right now.”  I turned to face him as he walked briskly behind me.  He paused and said, “Hi.  I’m Charlie Meck.” 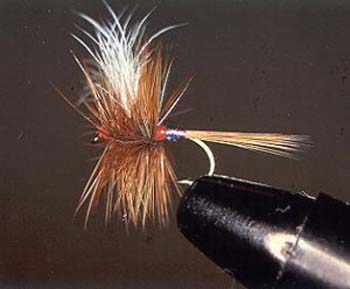 The Patriot, his most famous creation, a fly that is in many a fly box from Montana to Pennsylvania.

Though I had the kids fishing with bait, I also had my own rod along.  It was a fly rod.  My father and I were planning to fish the Green Drake hatch that night on Canoe Creek, a little unimportant stocked trout stream not far from my home in Altoona, PA.  I knew who Charlie Meck was.  I had read his books.  So did my father.  We would often joke with each other during our fishing trips that just around the bend, when we were out of each other’s sight, we met Mr. Meck and caught hundreds of trout.

Just then an enormous mayfly lifted from the small stream and landed on Charlie’s blue shirt.  “Oh, a Litobranch recurvata, ” Charlie exclaimed.  “A Dark Green Drake.  I was looking for one of these.  Did you notice how it landed on my shirt?  Nature loves the color blue.”  He then thanked me (to this day, I’m still not sure what I did), and told me to come with him.  He had something he wanted to give me.