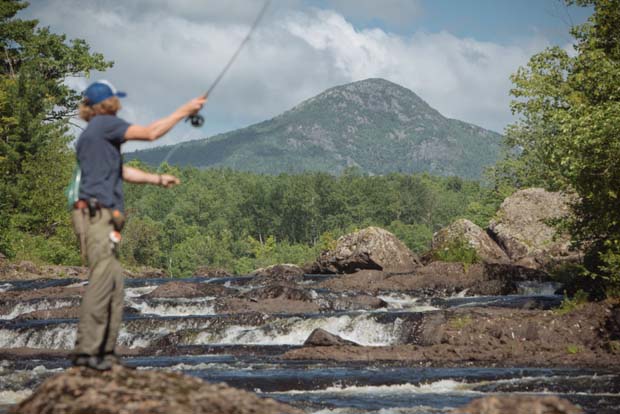 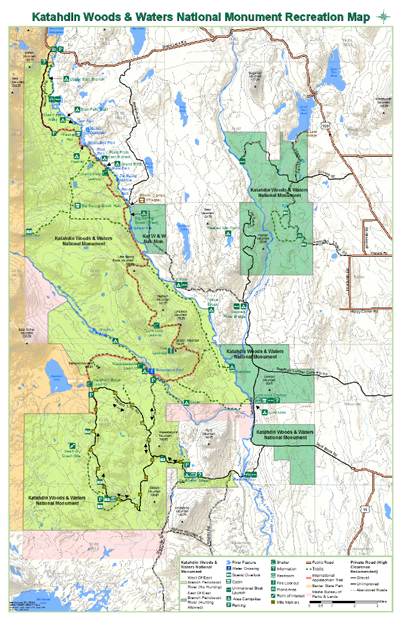 [dropcap]W[/dropcap]ith the expansion of US National Monuments by presidential proclamation comes further protections for recreational fishers. Two of those monuments, the Katahdin Woods and Waters National Monument in Maine and the Papahānaumokuākea Marine National Monument in Hawai’i, are being hailed as environmental victories by conservationists and Native rights groups nationwide.

The Katahdin Woods and Waters National Monument, established this week, will encompass 87,500 acres of land, providing a wildlife refuge for the native species there. It also protects areas and animals considered highly important if not sacred by Native American people in Maine. Atlantic salmon are also a fundamental part of the Native cultures of Northern New England, used not only in food but in ceremonial practice. Of particular note to fishers is the proposed removal of dams along the Penobscot River that will allow Atlantic salmon, an endangered species, to go upstream to spawn. That will allow them to mix with the local brook trout and additionally provide great recreational sport; Trout Unlimited is lauding the protection of trout habitats, pointing out that those areas are vital to that species as well.

In Hawai’i, the Papahānaumokuākea Marine National Monument is expanding to cover a grand total 372,849,920 acres, becoming the largest marine preserve in the world. Not just home to thousands of species of fish, it also is home to several endangered species such as the Laysan duck and the green turtle. These waters are also considered sacred to native Hawaiians. Although certain groups like the Hawaii Longline Association are upset at the decision, saying that it could harm their industry, conservationists like the Sierra Club of Hawai’i claim it as a victory for wildlife.

Both of these actions tie into President Obama’s desire to leave a lasting environmental legacy, and more directly into his National Ocean Policy. Founded in order to support sustainable economic growth that keep American waters free from overfishing and pollution, this policy is a great way to counter the efforts of groups like the American Lands Council and the American Legislative Exchange Council. Luckily, and rather surprisingly, both presidential candidates favor maintaining federal control of public lands, so hopefully his precedent will continue to develop better federal environmental practices in this regard. 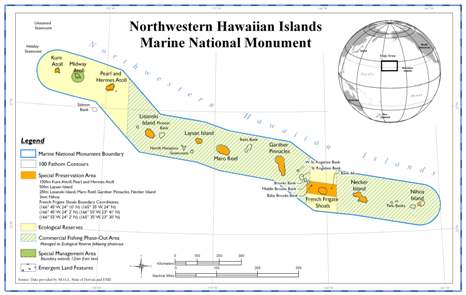 Click on map for larger Google image. Map by NOAA.

While proponents of state-ownership like the members of the aforementioned councils may decry the expansion of anything federal, environmental science has been proven time and again to be on the side of conservationists on this front. Industry has been attempting to exploit national parks and monuments since the creation of the National Park Service. A libertarian, free market approach to these important spaces has failed in the past and will fail again. Industry has continued to pollute and damage American ecosystems throughout this past century. Taking all of these incidents into account, it would make sense to expand federally protected lands and waters. Conservationists tend to argue state-ownership of land due to the likelihood that the state in question will simply sell the areas to private interests like mining and commercial fishing, amongst others. Even if the fishing industry suffers to a significant extent, tourism will certainly thrive, boosting the economies of those areas and creating jobs. These jobs could also significantly benefit Native American communities in those areas, helping to fight against systemic poverty that severely affects them.

Recreational fishing will be allowed in both the Katahdin and Papahānaumokuākea by permit.

NOTE: Featured Image is young man fishing on the East Branch of the Penobscot River in the Katahdin Woods and Waters National Monument. Photo credit downeast.com.