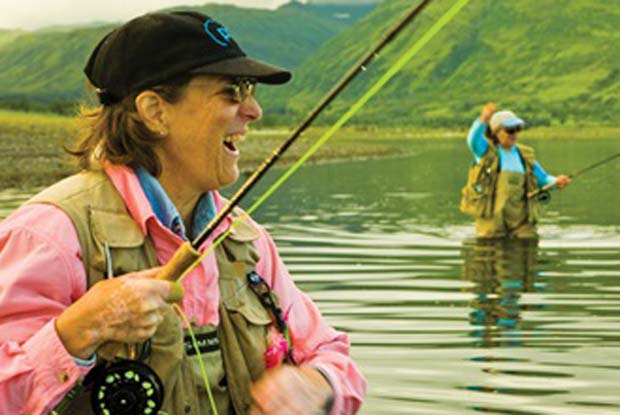 Public Lands Series: They have an idea. Privatize ‘our’ public lands . . .

The following was written by Tom Ribe for Writers of the Range. It was republished in The Idaho Statesman and several other western publications this past spring.

The story is way north of important given the current pot of flawed political proposals regarding land grabs, mischievous states rights promoters, Bundy types adored by some politicians, and an undercurrent of masked money provided by the “. . . usual suspects.”

Tom Ribe – Writers on the Range.

[dropcap]I[/dropcap]t is no secret that some state legislators in the West want to boot federal land management agencies from their states. They argue that the Bureau of Land Management and U.S. Forest Service cost too much and are too detached from local values, and that states could make money by running our vast open spaces like a privately owned business.

The Cato Institute, a Washington, D.C.-based libertarian think tank, is of that opinion and has developed models to replace federal agencies with private interests. What many people don’t know is that Congress implemented one of the Cato Institute’s ideas in 2000, on the 89,000-acre Valles Caldera National Preserve in New Mexico. For some critics of the federal government, this was the experiment in land management that would signal the end of the BLM and Forest Service in the West.

The experiment in New Mexico failed, however, chewed up by the friction between monetizing the “services” that landscapes provide — recreation, timber, grass, wildlife — and fulfilling citizens’ expectations for public access and protecting natural resources. For example, New Mexicans had very little tolerance for paying high fees to visit public property that had already been paid for using federal Land and Water Conservation Fund dollars.

The Valles Caldera experiment began after a Texas oil family expressed interest in selling its large property atop a dormant volcano near Santa Fe. A reluctant Sen. Pete Domenici, R-N.M., agreed to federal ownership, but only if the property was not managed by traditional federal agencies. The Valles Caldera Preservation Act, which was passed in 2000, was designed to create an alternative model of management.

Under this act, the Valles Caldera National Preserve was managed by a “trust” and mandated to become “financially self-sufficient” by 2015. The trust was authorized to replace federal appropriations with income from recreation fees, resource extraction and any other means that could be found. A mostly private-sector board of trustees made decisions and supervised the staff.

At first, Congress instructed the trust to pay for all wildland fire operations at the preserve out of its own budget. A later congressional amendment made firefighting once again the responsibility of the U.S. Forest Service. Soon after, two large fires burned 53,000 acres in the preserve and cost the federal government $56 million in suppression costs alone.

Despite the efforts of many trustees and the staff for 14 years, the preserve never managed to earn enough money from hunting, grazing and tourism to pay even one-third of its bills. Heavy logging and overgrazing had depleted forests and grasslands well before the preserve became public land. High fees and restrictions on public access kept the income from recreation low, and to a large extent, the public continued to perceive the preserve as private land. Elk hunting paid well, but the preserve broke even on cattle grazing only by charging ranchers more than seven times what other federal agencies were charging.

Privatization supporters might say that if Congress had waived all federal natural and cultural resource protection laws for the trust — as Sen. Domenici had urged back in 2000 — the staff could have been a fraction of its size, and the trust could have made money developing lodges and putting thousands of cattle on the high-altitude meadows without public review or bureaucratic process.

Sen. Jeff Bingaman, D-N.M., however, refused to excuse the trust from environmental laws that everyone else must follow. The National Environmental Policy Act, for example, requires federal agencies to study the impacts of proposed development and to consult with the public before decisions are made. Complying with these laws may be expensive, but without them, publicly, owned land is public in name only.

For more than a decade, the trust labored at becoming solvent, before admitting to Congress that it would never achieve “financial self-sufficiency.” For many critics of the experiment, the statement was a long time coming.

“We just wanted to access our preserve without all the restrictions and fees and without being called customers,” said Monique Schoustra, who works with a group called Caldera Action.

Ultimately, many factors led New Mexico’s congressional delegation to dump the experiment in 2014 and transfer the Valles Caldera National Preserve to the National Park Service. What have we learned from this failure of privatization? For those who want states to take over federal lands, there are certainly questions that must be answered first: Will states shoulder the costs of fighting large fires? Will states obey the wishes of ranchers and continue to subsidize ranching? Will states charge the public to visit once-public lands? Will states protect and restore archaeological sites, watersheds and wildlife habitat?

Then there’s the real question: How will states manage the public frustration of Westerners who live in a region where our public lands are at the heart of our cultures and economy?

Tom Ribe, a fire manager and outdoor guide based in Santa Fe, is a contributor to Writers on the Range. This first appeared in February 2015.