Note: Richard Farino is the GM at the Urban Angler in Alexandria, Virgina. He reports that over the last few years switch rod popularity among easterners has about doubled and better fly shops carry at least one line of switch rods and all the accoutrements an angler would need.

[dropcap]L[/dropcap]ike with tennis racquets, golf clubs, fishing gear, and especially fly fishing equipment, there’s a survival need for manufacturers, and some participants of those sports, to have something new and earthshaking every year. Rarely does anything earthshaking come about in any of the mentioned avocations.

Some fly fishing inventions do stir the pot, like textured fly lines, the new Spey and switch fly lines such as short scandi and skagit shooting heads, polyleaders. For some, the reincarnation of furled leaders and retro trout rods are revolutionary. However, the only thing that has revolutionary written all over it is “switch rod.” Of course, and as usual, the west is where it was born with R. B. Meiser claiming the invention was his dating back to his shop’s beginning in 1986. Today, there are so many rod manufacturers into the switch rod game that there’s now a rod available for every level of skill and pocketbook, which is great.

With the very recent addition (last few years) of dedicated switch fly lines mentioned above, fishing a switch may have gotten better, but a little more complicated than it should be.

A switch rod used with the correct rigging has proven it will change how you fish and improve your fishing experience overall. Once proficient at casting a switch, you’ll cast much farther, use less energy and be prone to improved accuracy. In addition, you can cast single-handed, employ the two-handed over head cast, or the Spey swing cast if you’re hemmed in, or, if a cast over 40- to 50-feet isn’t required you can easily roll cast that distance – no problem.

If you’re a cold-water fly angler fishing an indicator, that’s where a switch shines and you can really cover a big river far better than with a single-handed rod. If you’re in a split speed river current – a switch is a mending machine. Also, the added length of a switch rod makes line control better and it’s perfect for long, drag-free drifts and easy pick-ups and re-casts. The latter advantages hold true when casting in a rough surf and on incoming or outgoing tide that funnels water around obstructions – forcing water into choked-down channels where the flow is exaggerated. 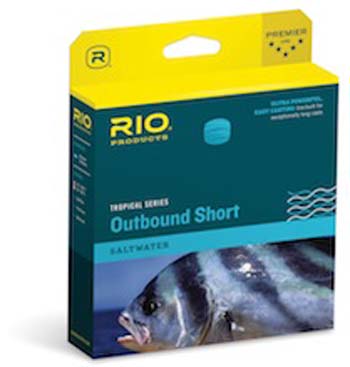 According to R. B. himself, switch rods can be built between 9.75-feet long to 11.5-feet long. In general however, most switch rod builders have stayed in the bounds of 10.5- to 11.5-feet long. Rod can be found from 4- to 11-weight. Other than being shorter than a Spey rod and longer than a single-handed 9-foot rod, it’s the cork handles that actually distinguish a switch rod. There’s a front grip that is roughly 10- to 12-inches and there’s a rear grip (after the reel) which is about 3.5- to 4-inches. The switch rods, like single-handed rods come with different actions. One thing that is quite different is that a switch rod is generally over-lined by up to two line weights. For example, an 8-weight switch rod can accommodate a 10-weight fly line. Rigged that way, you’ll load the rod further down the stick and make casting easier, especially so for beginners. Today’s switch rods and fly lines have expanded anglers’ options.

Fishing the switch and 100-foot casts?

Fly fishing on foot: surf, canals, river banks, golf courses, lakes and estuaries for cruising fish is a much better experience with a switch rod. Fishing on foot generally means you’re primarily search casting which requires covering the a lot of water, and that can leave even the most experienced and fit single-hand casters whipped before days end. NOTE: Read Switchin’ in the surf 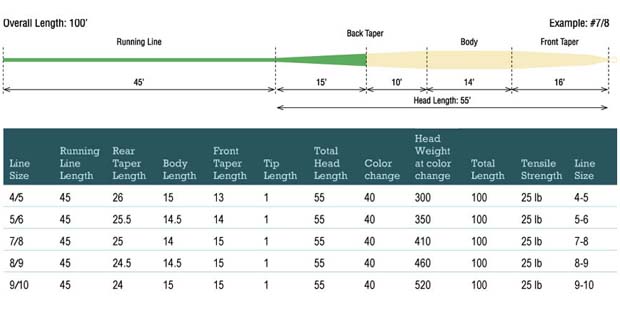 When the need to get down deep with big flies a skagit or scandi sink-tip line will help. The skagit and scandi lines are much shorter than traditional spey lines and don’t have as much forward taper, which lets the angler turn over heavy flies easily.

For swinging (Spey casting) lightly weighted flies and no sink-tip – adding a floating PolyLeader may help. That said, adding PolyLeaders or VersiLeaders in the faster sink rated categories have issues. For example, a PolyLeader (Extra Super Fast Sinking) is even more tapered than the 7- and 5.6-ips VersiLeaders – while the butt sinks at 6.8-ips the tip sinks at 2.2 -to 3.5-ips. These lines are constructed with a constant-diameter monofilament core and a tapered tungsten-impregnated coating is added. The tip just has less coating so the tip end sinks more slowly. A PolyLeader or VersiLeaders sink in a “U” shape. Eventually the fly will level out – just as it would with monofilament.

The switch rod isn’t a great skiff rod but not because of casting, but because of storage and hauling. Not many flats or bay boats have horizontal rod holders able to manage safe storage of an 11.5-foot fly rod. The best way to derail the issue is to break the rod down into two pieces – held together with rubber-bands. Lay the reel end on the middle rod holder and see if the other end fits in the rod holder hole under the forward deck. If not – you’ll have to hold it.

Anybody got a better way to transport a switch on a Bay or flats boat?