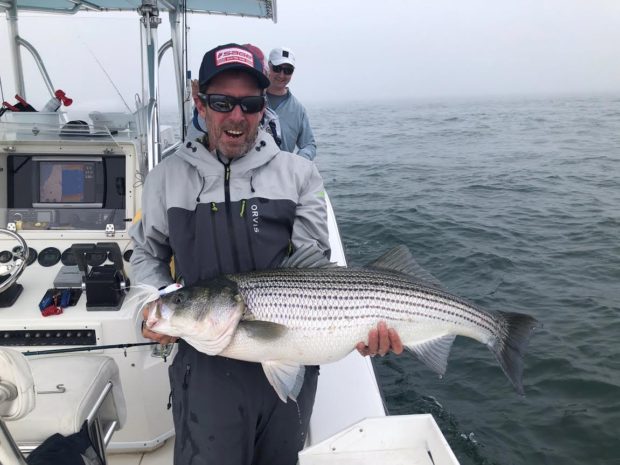 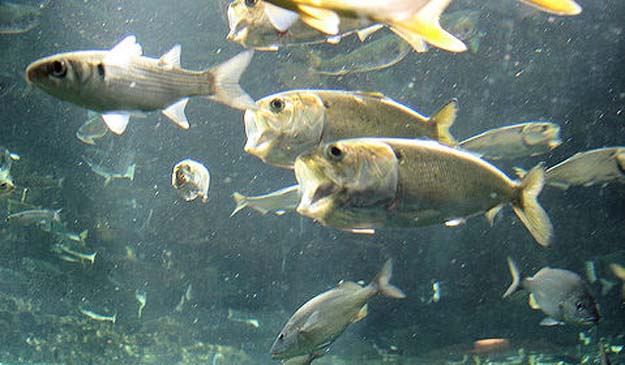 mage Menhaden feeding. A catch limit is a critical component for the Atlantic fishery. Atlantic menhaden–a small fish that’s rarely eaten by humans is not directly important seafood commodity, but it is essential to the Atlantic ecosystem. They eat phytoplankton, keeping the water clear, and they provide food for bigger fish like striped bass and bluefish, as well as marine mammals and seabirds. Photo credit: Gene Helfman, NOAA.

[dropcap]T[/dropcap]he recreational fishing community is expressing concern about the process being used to certify the menhaden fishery in the Gulf of Mexico.

Omega Protein and Daybrook Fisheries recently announced that SAI Global is recommending that the Marine Stewardship Council (MSC) certify the menhaden fishery in the Gulf of Mexico as sustainable, despite ongoing concerns surrounding the industrial harvest of the small oily baitfish.

“There is a host of unknowns surrounding this industrial fishery, and yet the MSC continues to rapidly move forward,” said Patrick Murray, president of Coastal Conservation Association. “Sustainability obviously means different things to different people, and we continue to have significant concerns about this certification.”

Conservation groups and tens of thousands of anglers have all expressed concerns that menhaden management fails to account for the critical ecological role that menhaden play in the coastal ecosystem and their impacts to sportfish like snook, redfish, sharks, and other marine predators.

This striper ate well, but to take menhaden down to barely sustainable levels so a few can pocket pieces of silver is short term Oligargic thinking. Captain Andrew Derr photo.

“No one yet knows how much Gulf menhaden is needed to fulfill its role as a primary prey species in the ecosystem,” said Mike Leonard, vice president of government affairs at the American Sportfishing Association. “There is work being done to determine that, but obviously the MSC didn’t consider that critical factor as a prerequisite for making its sustainability decision.”

Every summer, anglers and charter captains see menhaden boats fishing right on top of Louisiana’s beaches and passes, in the same areas where important sportfish like redfish and speckled trout are feeding and spawning,” said Chris Macaluso, director of marine fisheries for the Theodore Roosevelt Conservation Partnership and an avid Louisiana angler. “For years, I’ve heard about and seen countless dead redfish floating in the same areas where menhaden boats recently fished. Recreational fishermen are right to be concerned, especially since there is so little information about what species are being affected the most from bycatch and how many non-targeted fish are being killed.”

“Menhaden provide the foundation of the entire Gulf recreational fishery, from redfish to tarpon,” said Whit Fosburgh, TRCP’s president and CEO. “Instead of a rushed process aimed at benefiting a few foreign companies, we should have a full science-based review of the fishery. There is too much at stake.”

SAI Global’s recommendation to certify Gulf menhaden as sustainable is a follow-up to the same recommendation for Atlantic menhaden made earlier this year. The Coastal Conservation Association, Theodore Roosevelt Conservation Partnership, American Sportfishing Association, The Nature Conservancy, and Chesapeake Bay Foundation are all opposing the Atlantic menhaden certification.

In January of this year, the state of Virginia also formally notified the MSC of its opposition to certifying the Atlantic menhaden purse-seine fishery. In April, New York Governor Andrew Cuomo signed legislation to protect menhaden in New York’s waters by prohibiting harvest by purse seine, essentially rejecting the industrial harvest of Atlantic menhaden altogether.

Learn more about menhaden and their role in the marine food web . . .