Skip August 23, 2019 Conservation News, FEATURE STORY, Slide, Trump No Comments on The 6 things you most need to know about Trump’s new climate plan 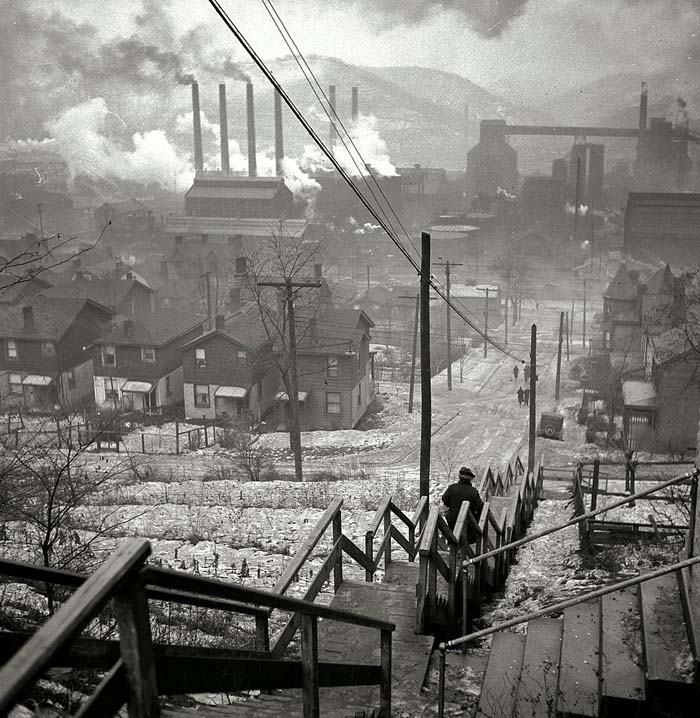 Steel mills and a long staircase in the South Side Slopes neighborhood of Pittsburgh, Pennsylvania. On our way to Making Air and Water Great Again. A commons image.

It could actually increase air pollution, and it’s a pretty bad deal

In June, the Trump administration unveiled its proposed replacement for the Clean Power Plan, Obama’s program to reduce greenhouse gas emissions from existing power plants. Last week, a coalition of 29 states and cities filed a lawsuit to block the rule, claiming that it violates Trump’s obligations under the Clean Air Act.

The story of EPA carbon regulations is long and tangled, but if you’re in a hurry, here’s the short version:

The president’s plan is the bare minimum the EPA thinks it can get away with. It won’t reduce emissions much; in fact, it is likely to increase both carbon dioxide and local air pollutants, along with their health impacts, in more than a dozen states. (Seriously.) And the EPA is going to have a hell of a time justifying it to a court.

Now let’s walk through the longer version of the story. Most coverage so far has focused on the plan’s striking weakness (for obvious reasons), but there are several other aspects of the fight over power plant emissions that are worth understanding. How these policy and legal questions get resolved will have enormous influence on what the next administration — if we ever make it to another administration — can do to address climate change.

So, with that in mind, here are the six things you need to know about Trump’s Affordable Clean Energy (ACE) plan.

Trump’s EPA is regulating carbon because it has to, not because it wants to

The Trump administration has repeatedly expressed skepticism toward climate change, hostility toward regulation, and an all-consuming hatred for anything with former President Barack Obama’s fingerprints on it. If it had its druthers, it wouldn’t regulate carbon emissions at all.

Those twin developments created a set of legal obligations for the agency. It must:

Some of the wackier denialists in the conservative coalition were pressing the EPA to challenge the endangerment finding (and former Administrator Scott Pruitt considered it). If successful, that would negate all these obligations. But, perhaps perceiving how futile and silly such an effort would be, the EPA elected not to.