The only fly you need for bonefish, according to Nathan Moretti, is the Crazy Charlie

My friend and former Idaho tennis pro and fly fishing guide extraordinaire and presently a Vancouver, Canada   “emigree,” Nathan Moretti, is a traditionalist when it comes to flies and fly fishing ethos and a liberal who caresses every little guy does good story about tying flies and knots. Think Orvis Knot and Crazy Charlie Fly, Bob Popovics, and Clousers, for example. 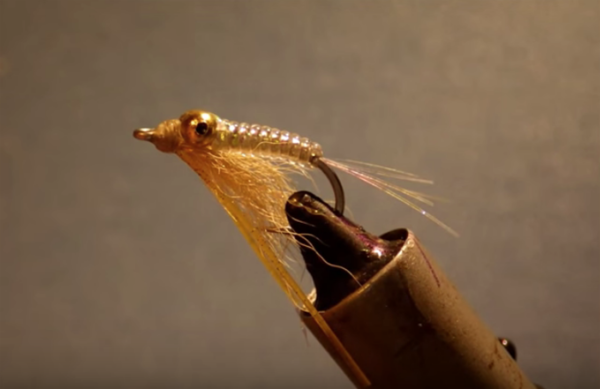 So, on his annual post-holiday Bahamas insertion for the months spanning part of December and January on Acklins & Crooked Island, he once again reminded me with an email containing a half dozen in water images of hooked bonefish – with the point-being that he only uses two flies. I assumed the pics were of bonefish because he even keeps their backs in the water. Nate is somewhat maniacal about catch and release – the fish should never be denied oxygen.

It was time for a perfect story, so I asked for a recipe or step by step still pics of “his” Crazy Charlie (because most catches have been with it rather than Borski’s), but his camera work – even with a point and shoot was far too challenging.

I discreetly mentioned the latter while looking at his offering, and he responded, “Never mind, watch this.”

For more information about Charlie Smith, inventor of the fly . . .