Skip January 27, 2020 Fly Fishing, permit, RECENT, Slide, tagging No Comments on The miracle of tagging. Now we do know where some permit go 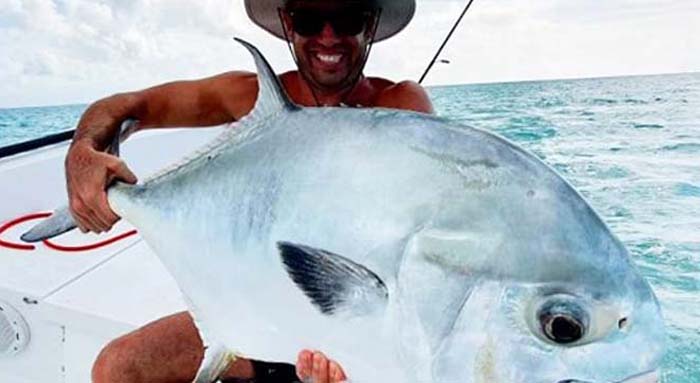 On October 16, 2016, Captain Jose Ucan “Carreto” from La Pescadora Fly Fishing Lodge tagged a 28-inch permit [Trachinotus falcatus]  while guiding a client in Ascension Bay, Mexico, famous for its permit fishing. This wasn’t unusual – Carreto has tagged hundreds of permit over the past five years as part of a long-term BTT project to track permit movements. The main question of the project is – is the Sian Ka’an Biosphere Reserve, which encompasses Ascension Bay, large enough to protect the permit that support the fishery? Until now, all of the recaptures of tagged permit have been in Ascension Bay, suggesting that the Reserve is large enough.

That all changed last week, when Captain Cesar Acosta from El Pescador Lodge and Villas recaptured Carreto’s permit near San Pedro, Ambergris Cay, Belize. This is a distance of approximately 184 miles (296 km) across the international Mexico-Belize border.

The results from the permit tagging in Mexico are thus far similar to findings in Florida – most permit seem to remain in a relatively limited area, but some undertake long distance movements. International connectivity was also recently revealed by a bonefish tagging study that found a lot of movement between Mexico and a pre-spawning location in Belize.

This poses a challenge for bonefish, tarpon, and permit conservation in the region. Bonefish, permit, and tarpon are protected as catch and release only in Belize, but outside of protected areas illegal harvest and netting continue. In Mexico, there are no protections for bonefish, tarpon, and permit, only informal agreements among local communities, fishing guides, and protected areas managers (like in the Sian Ka’an Reserve). Outside of these areas, harvest continues, especially during migrations.”

Clearly, a regional approach to conservation is appropriate. BTT and coastal communities will continue to gather scientific information to further justify and advocate for better conservation and management measures from the governments of Belize and Mexico. 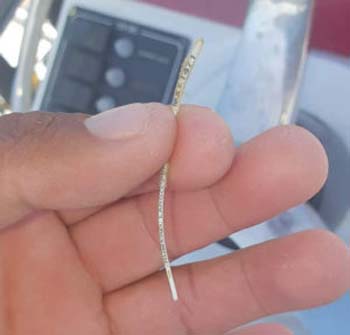 The dart tag identifying the fish.

Engaging a tarpon, bonefish, or permit on a salty flat in the Florida Keys, Bahamas, Mexico, Belize, or other such unique coordinates in the world is the quintessential fly fishing experience. Bettering your knowledge of flats fisheries is a sure thing when you become a BTT member. Enjoy your fly fishing squared by helping protect and study the ghosts and bruisers of the world’s flats.