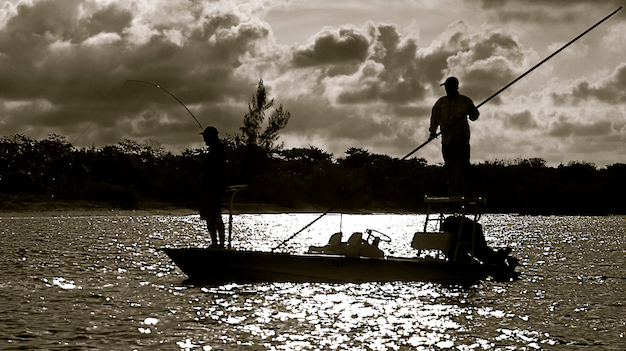 U.S. anglers can now travel to Cuba legally if they have a Letter of Authorization issued by the Bonefish & Tarpon Trust (licensed by the Department of the Treasury through OFAC).

[dropcap]W[/dropcap]ith the easing of political and business restrictions on Cuba by the current US administration, Cuba is finally becoming a legal fly-fishing destination for American anglers as well as vacationing travelers. For me it started with a simple e-mail from Angler Adventures asking if I’d like to go photograph and fly fish in Cuba this past summer… I didn’t get past the first part of the question before I replied: “Yes, 1,000 times, yes!” 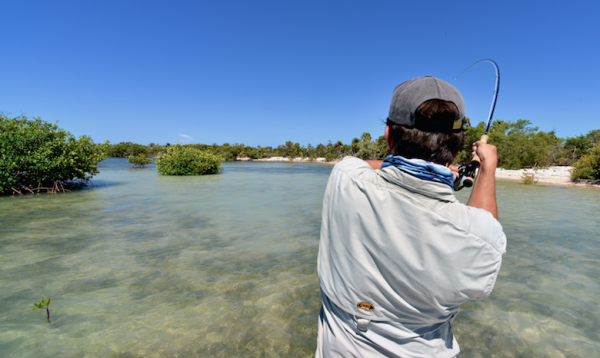 Angler Adventures in Old Lyme, CT has been swamped with requests for U.S. fly anglers to go this “Promised Land” and they desperately needed their flats’ booties on the ground in Cuba to research the details and obstacles of the operation. As well they needed photo images of the travel and fly fishing for their website, brochures and slideshows. 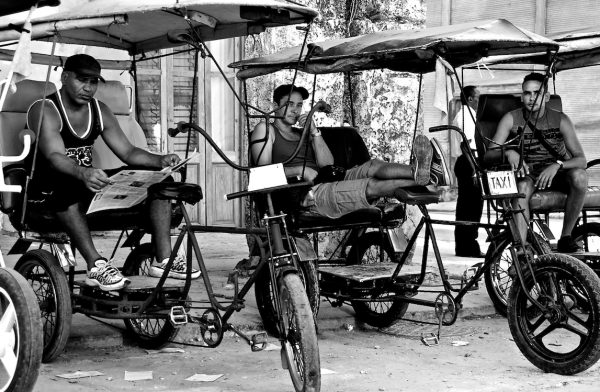 So with that Evan Peterson and I embarked on a 9-day adventure of a lifetime as we went to suss-out what it was like to be Connecticut Yankees in El Jefe’s Court.  Evan has spent quite a bit of time chasing striped bass and bluefish in the Northeast and a fair amount of time catching bonefish throughout the Bahamas, but hadn’t caught a tarpon or a permit on a fly, so this was his best chance to date. 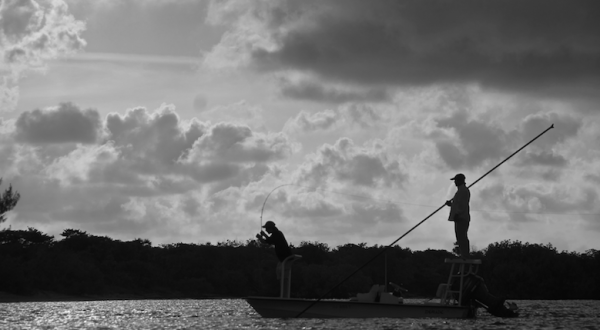 We cleared Cuban Customs and were immediately immersed in a real Cuban experience as we hailed an exquisite, bright aqua blue ‘57 Chevy Bel Air coupe for a stylin’ 35-minute ride to the Parque Central Hotel. 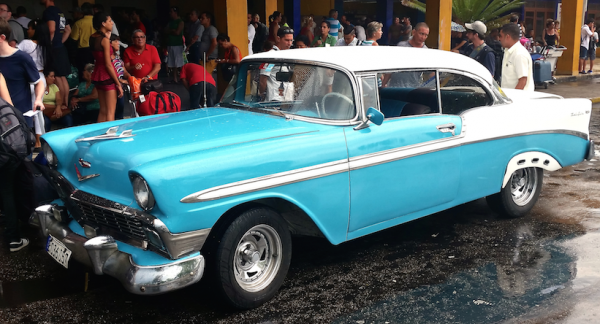 That night, we got about 4 hours sleep, checked out, and met in the hotel lobby for some very welcome Café Cubanos and dry pastries while waiting an hour for our motorcoach, thus experiencing our first “Cuban Time”. The coach was making the rounds of the local hotels picking up SCUBA divers and anglers for the scenic, comfortably air conditioned 275-mile trip southeast across Cuba, from Havana on the northwest shore, to the southern port of Jucaro. Most of the trip was on a eerie, 6-lane divided paved highway, that looked like it was built in the late ‘60’s, and had seen at least 80 or 100 cars & trucks a day use it since… 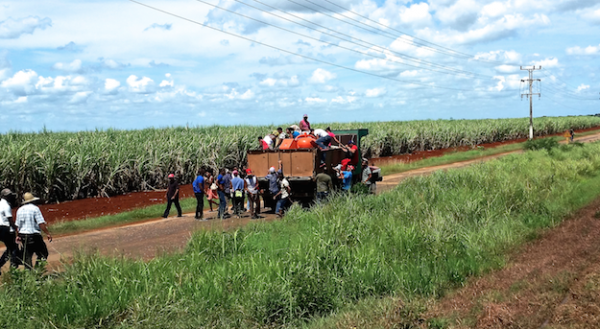 We boarded the ferry to go 60 miles offshore to an archipelago named the “JDR”, short for Jardines de la Reina, which translates to “Gardens of the Queen” and runs almost 90 miles east-west. Our destination was “La Tortuga”, a floating houseboat, permanently moored in a pretty saltwater lagoon, surrounded by dense mangroves, a paddock holding skiffs and pangas for fishing and SCUBA diving, a fuel barge, a tin building with compressors for filling air tanks and generating electricity and running de-salinization plant. 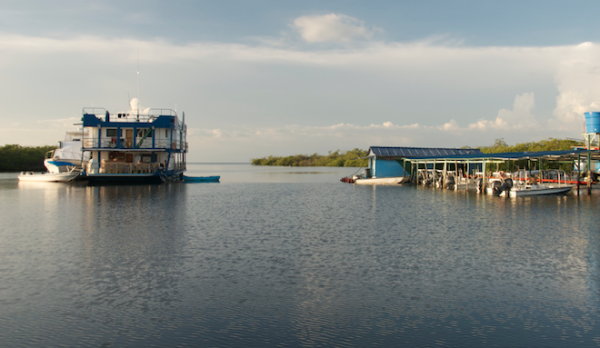 La Tortuga proved to be a roomy houseboat, capable of hosting 14 people in various bedroom configurations ranging from bunks and single beds, to one full size bed and a bunk. Each room had its own bath and A/C unit.  Not spacious, but not nearly as cramped as many live-aboards plying the Cuban and Bahamian waters to fish and dive. The food was fairly tasty, the fruit was delicious, and we had fresh fish as a main course option every night, as well as spiny lobster, pork, or chicken.

We’d shove off from La Tortuga around 8 AM as the sun started to get high enough to help us spot shadows and see nervous water.   While certainly not a “prime time” of the year for flats fishing, we saw and caught bonefish almost every morning. The bones ran in the 2-6 pound range, for sure bigger than what I saw in Belize in early June. For larger bonefish, you need to fish in the cooler air & waters of Fall, Winter and Spring in the JDR. 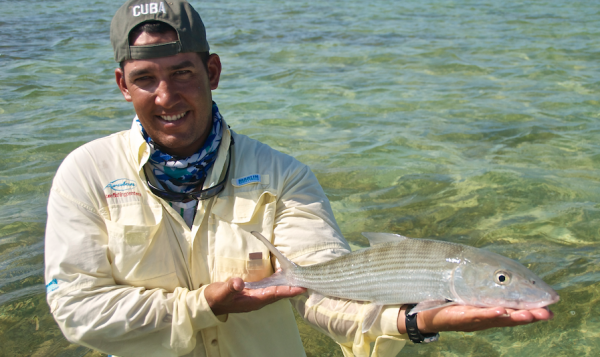 To be continued… Much more to come in our Cuban adventure aboard La Tortuga in Part 2 and Part 3 of this story. Stay tuned…