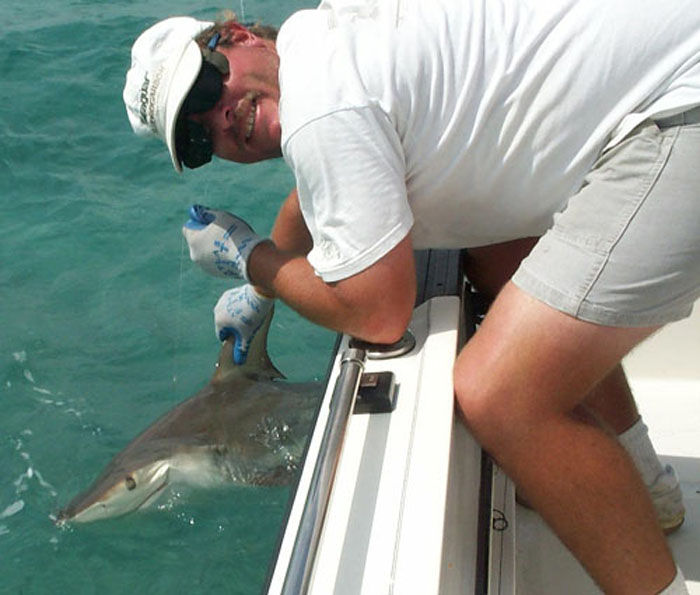 Try a one-off Snowflake fly in the salt this winter

Capt. Scott Hamilton solved how to tease, feed, and catch spinner sharks [Carcharhinus, brevipinna] on a fly. Scott is front and center in the Palm Beaches, Florida, and one its best fly fishing charter captains – if there is something he doesn’t know about spinner sharks, it’s not worth knowing. If you want a shot at spinner contact Hamilton at Fly Fishing Extremes.

Born to catch trouts and other freshwater animals the Snowflake will victimize spinner sharks just as reliably, albeit built on a tube and mas grande

[dropcap]”S[/dropcap]kimming the light fantastic,” as my friend Angie calls my skipping rapidly over the bloggers’ daily musings that land in my inbox. One source, Global FlyFisher [Martin Joergensen], started it all, showing up with a chub imitation he catches animals with in Scandinavia. It’s called Shenk’s Minnow – an original of Pennsylvania’s Ed Shenk [1990s] was probably popularized outside its regional birthplace by John Collins of New Jersey’s Regal Fly Tying School, and that lead to Collins’ Snowflake Sculpin, and that popularized to a wider circle by Tim Flagler of Tightlines Productions also from New Jersey, and then onward to better videos of Shenk’s Minnow by, again, Tim Flagler as sponsored by [ORVIS] and another use of Baby Bernat Blanket Yarn.

So, how do these baby blanket flies fish?

Better than good, and you can buy this baby blanket by the truckload in any color you need. Treat it [often] with floatant to keep it up [Ed Shenk’s Minnow] and down with a little non-lead wire, which so far has been working well along the bottom as has down designee Snowflake Sculpin. Angie fished the sculpin version I tied in a “brown” [I heavy handed striped the white marabou with dark brown] and said it was a producer recording two rainbows, both likely Georgia DNR stocked (14- and 16-inches with unnatural fin ware).

NOTES: Adding or substituting Ustaz for spun rabbit fur on the Snowflake Sculpin some feel works better, as well as adding a little flash. My Palm Beach friends, Spinner shark enthusiasts, have already jumped all over the articulated John Collins’ Snowflake Sculpin not so much for the fly itself but being articulated and easy to tie with rabbit strips, and the new to them baby yarn. They add flash, tie it on a tube, make it much larger [casting with 12- to 14-weights] and like the colors orange, orange, or orange.

Too, a tube fly is saved from a shark’s teeth, usually, living to fight in another bite. A spinner’s dentures can shred an oar in one nip, and I’m told a 6-inch Snowflake can cost over $12, and are hard to come by. I have not been able to find out who is tying them and only seen an iPhone pic of one.

So, here are two videos showing how to tie the Snowflake and Shenk’s Minnow and both with baby blanket yarn and hook tied