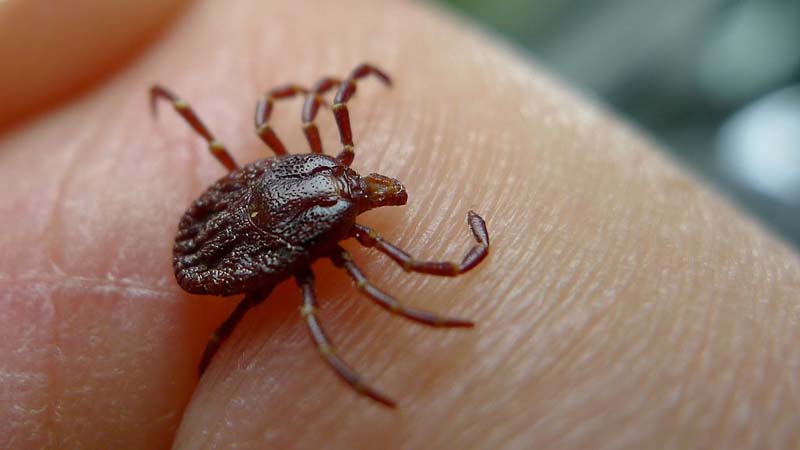 Try Nootkatone, okay for you, but ticks, mosquitoes, and fleas twitch to death from it 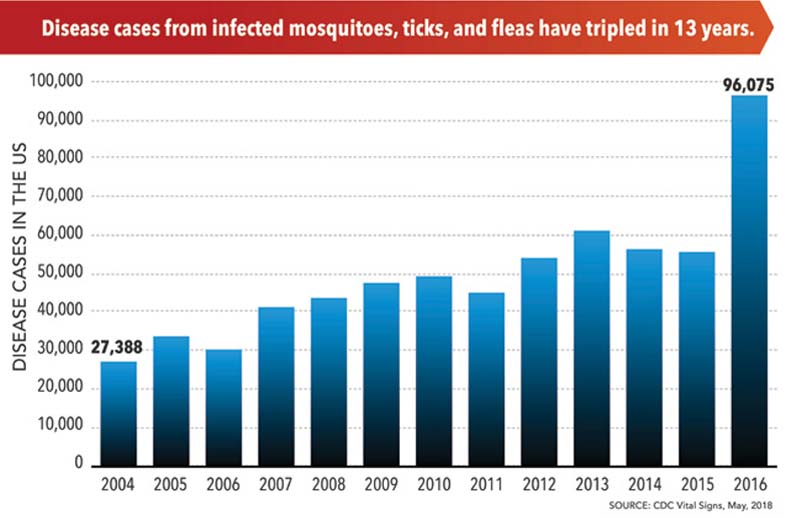 Diseases caused by the bites of ticks, mosquitoes and fleas have tripled in the United States in the last 15 years, the Centers for Disease Control and Prevention said in a 2018 report. They include Lyme disease, anaplasmosis and Rocky Mountain spotted fever from ticks; West Nile, dengue, Zika and chikungunya from mosquitoes; and plague from fleas.

The E.P.A. has approved nootkatone, which is found in cedars and grapefruit. It repels ticks, mosquitoes and other dangerous bugs for hours, but is safe enough to eat.

“It is ‘not known in great detail’ how nootkatone works, Dr. Beard said, but it appears to activate octopamine receptors, which in insects send electrical impulses from one nerve cell to the next. Unable to turn off the signal, the bugs twitch to death.”

Adding a new weapon to the fight against insect-borne illnesses like Lyme disease and malaria, the Environmental Protection Agency on Monday approved a new chemical that both repels and kills ticks and mosquitoes. SOURCE: CDC Vital Signs, May, 2018

The chemical, nootkatone, an oil found in cedar trees and grapefruits, is so safe that it is used by the food and perfume industries.

Nootkatone is considered nontoxic to humans and other mammals, birds, fish and bees, the E.P.A. said in a statement.