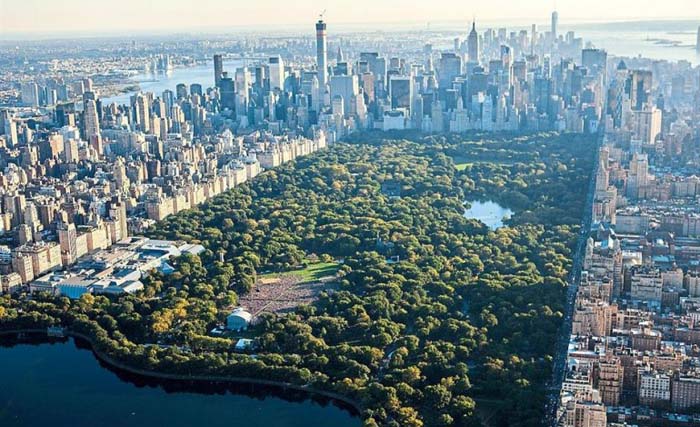 Urban angling is a secret among 9 million

[dropcap]A[/dropcap]few weeks ago, Kimberly C. Lee tied on a rubber worm and sent a long cast sailing into the lake in her backyard. A pink sunset glittered on the water, and a heron swept by overhead. Lee reeled in the worm. For a moment, all was quiet.

An elderly man driving an electric golf cart puttered up the path behind her and braked. “Caught anything?” he asked.

Before she could continue, the man drove away in his cart. “Why so surprised?” Lee muttered to herself. “You’re the one who works here.”

Still, Lee, president of the Manhattan chapter of the Brooklyn Fishing Club, could excuse the intrusion. Her backyard is technically a shared one—New York City’s Central Park—and the cart driver was an oblivious Park employee. She’s used to the wonder in onlookers’ eyes. There’s something shocking about pulling a fish from a body of water when it’s flanked by concrete canyons and hordes of tourists.

Lee wasn’t the only angler at the 11-acre lake at the park’s northern end, known as Harlem Meer. A few yards away, a middle-aged man in sandals cast a fly rod and hauled out bluegill after bluegill. Down the shoreline, a group of four young men in Supreme hats and fresh sneakers flipped jigs into a narrow channel and debated moving on to their next spot. As the air cooled and the park cleared, a ratio shifted: For every person reading or taking a twilight walk around the Meer, there was another one holding a fishing rod, hoping to catch an urban bass.

Urban angling has been around in America as long as there have been cities, but unlike the broader categories of fly-fishing, bass fishing, and saltwater angling, it has no recognition as a unique pursuit, no guidebook or seminal novel. Rather, it’s treated as the redheaded stepchild of fishing, an activity seemingly taken up only by those poor souls crammed into cities, chosen out of necessity. Recently, I bought the book Bright Rivers by the excellent fly-fisherman and writer Nick Lyons because I heard that it focused on fishing in New York. I was disappointed to read that the stories were all about escaping New York to fish elsewhere. Lyons’s bright rivers were all “wild, untamed—like that Montana eagle riding a thermal on extended wings.” Of New York City itself, Lyons wanted one thing: out. “I do not want the qualities of my soul unlocked only by this tense, cold, gray, noisy, grabby place—full of energy and neurosis and art and antiart and getting and spending,” he wrote.

Even the Gray Lady took a shot at anglers with an incredulous headline from 2005: “Fishing in Central Park. For Fish. Really.” In fact, the Big Apple has quietly become a prime model for the richness of urban fishing culture—really.

The bustle of New York City life seems to make people forget that four of its five boroughs are islands, which means there are plenty of shorelines. Shorelines packed with people, yes, but none of that negates the city’s fishiness: its jetty breaks, the way its tides sweep in hordes of baitfish, the shaded banks of its freshwater ponds and lakes.

“To be a really good angler, you have to learn fishing in all different types of situations and for all different types of species,” Steve Wong, a supervising educator with the Prospect Park Alliance, recently told me as he fished a secret spot on Prospect Park Lake in Brooklyn. Wong isn’t part of any particular fishing group, like the Brooklyn Fishing Club, but he’s deeply enmeshed in the fishing culture of the city. He grew up fishing the piers and beaches of Los Angeles. Then he moved to Seoul, South Korea, where he joined a cadre of older Korean men who fish offshore islands from tiny portaboats. Wong next moved to New York, seven years ago. He found, unexpectedly, that it had some of the best fishing yet. 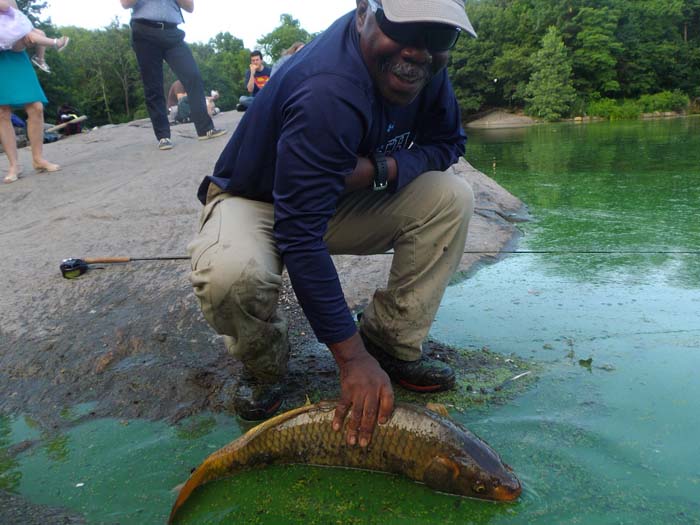 “In NYC, you have access to all those different types of fishing. You have great trout fishing a train ride away” in the streams and rivers of the Catskills, including Roscoe, New York, nicknamed Trout Town, USA. “Great ice fishing. For saltwater, you have the striper fishery of the Hudson Bay, and even more species—fluke, bluefish—out on Long Island. And the city can be a bass fishing destination.” Wong accented this last point by hauling in two decent-sized largemouth bass in three casts.