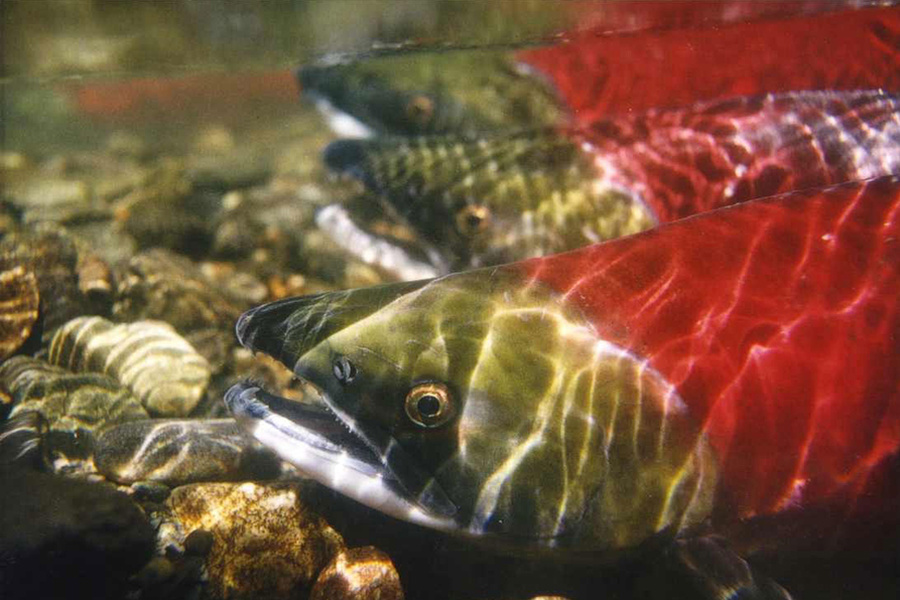 While the West incinerates and salmon succumb our politician’s fiddle

This is shaping up to be a dire summer for fish and trees.

Temperatures in the Columbia and Snake rivers are already within two degrees of the slaughter zone of 2015, when half the sockeye salmon run was lost because of high water temperatures. An estimated 250,000 sockeye died that year long before reaching their spawning grounds.

The sockeye run is at its peak right now just as temperatures hit record highs across Washington state and in Idaho. Spring and summer chinook and steelhead migrating in the rivers also are at risk.

Salmon are cold-water animals. Temperatures above 62 degrees make them more vulnerable to disease, and as temperatures climb higher, they will stop migrating altogether.

Water temperatures are already at dangerous levels despite an earlier start to cold-water releases from deep in the Dworshak Dam, on the Clearwater River, upstream of Lower Granite Dam on the Lower Snake River. Nonetheless, temperatures in the tailrace at Lower Granite are still edging above safe levels for salmon and are even hotter downriver.

“We are crossing the line to temperatures that can be disastrous for fish,” said Michele DeHart, manager of the Fish Passage Center, which monitors and studies fish migration in the Columbia and Snake rivers. “I would say the outlook is pretty grim.”

Claire McGrath, fisheries biologist for the National Oceanic and Atmospheric Administration based in Portland, said managers are throwing everything they’ve got at the problem — and even mustering trucks to take sockeye out of the Lower Snake River — if they make it to Lower Granite. Instead of migrating naturally in the river, the fish would take the highway to an inland hatchery for spawning.

“Idaho is preparing to move fish, if they have to,” she said adding that very low flows in the Snake River, at 60% of average, are compounding the temperature problem.

Trucking fish obviously is not preferred to natural, in-river migration, McGrath said. “But not at the risk of losing most of the run.”

After the last sockeye meltdown in 2015, the Fish Passage Center concluded in a 2016 memo that a drawdown of the Lower Granite reservoir offers significant potential for reducing the water temperatures at the dam, and possibly contribute to overall lower temperatures at the other downstream Snake River sites. 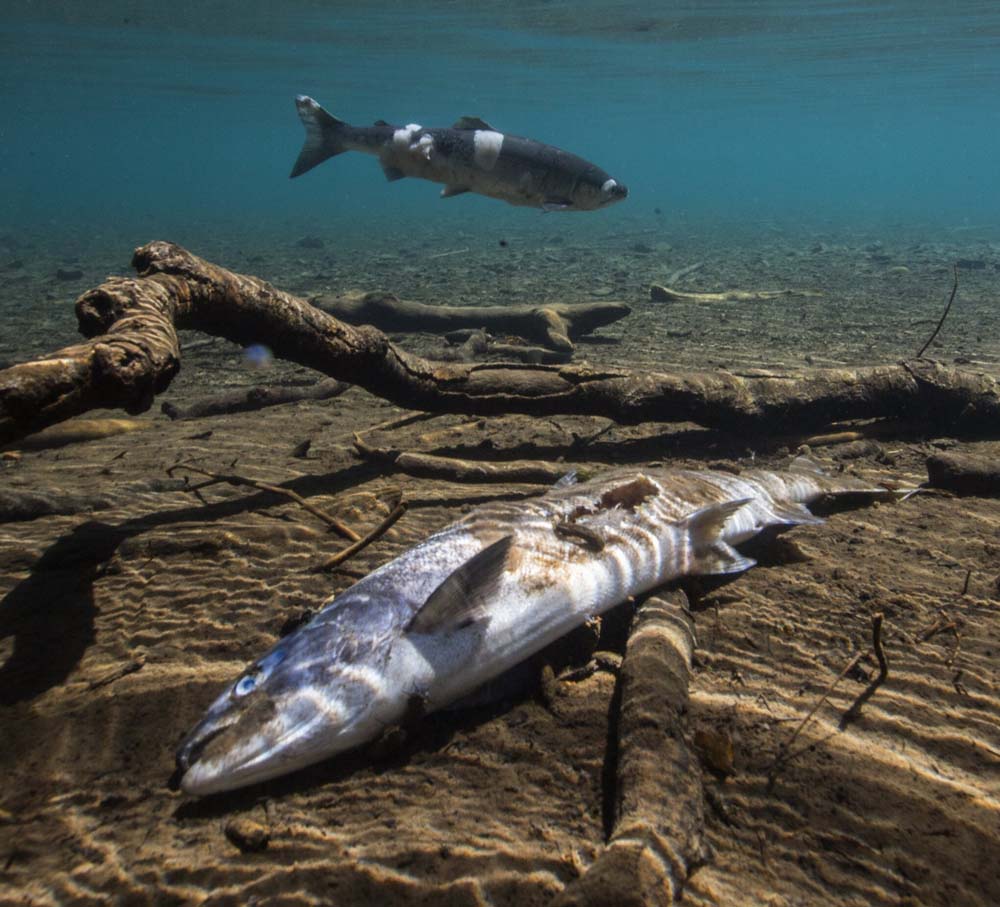 Fish managers fear a sockeye slaughter similar to losses of 2015 is in the making in the heat and drought of this summer. (Steve Ringman / The Seattle Times, 2015)

The idea, so far, has not gained traction.

A GOP Congressman, Mike Simpson of Idaho, has proposed going further, to take out the Lower Snake dams and replace their benefits to boost survival of salmon and steelhead at risk of extinction, a proposal generating plenty of heat of its own.

About:
Lynda V. Mapes: 206-464-2515 or lmapes@seattletimes.com; on Twitter: @LyndaVMapes. Lynda specializes in coverage of the environment, natural history, and Native American tribes.