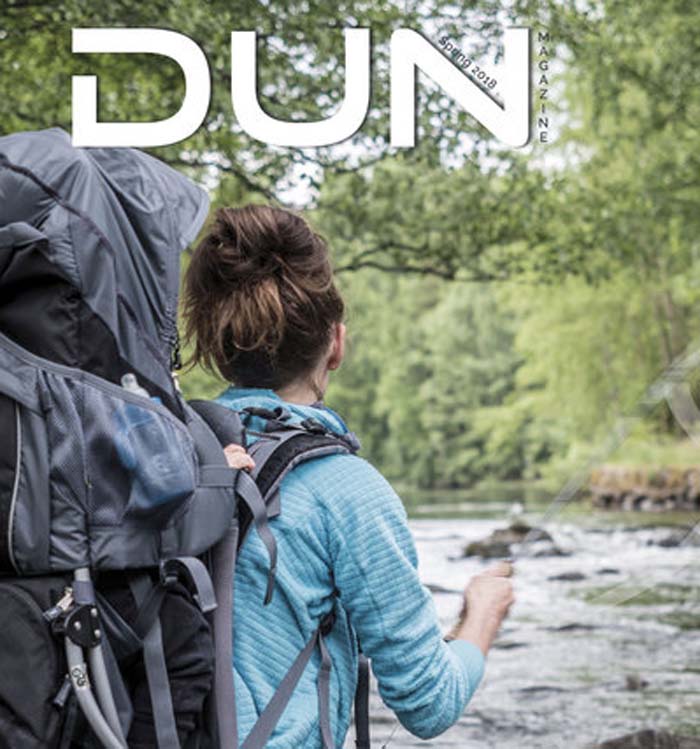 Jen Ripple is one of the most admired personalities and an industry leader in the world of fly fishing. Ripple is a doer who does not need crutches. She sold an idea, DUN Magazine, and it performed better than planned. She struck a chord.

It’s because of her successes, and a few others, that the entire fly fishing industry’s clothiers and outdoor gear manufacturers stopped thinking of women as small men, and took notice that a woman is built differently.

[dropcap]J[/dropcap]en Ripple is the Editor-in-Chief at DUN Magazine; member of the board of American Fly Fishing Trade Association (AFFTA), and member of the board of Fly Fishers International (FFI); to say Jen Ripple is a leader in the industry short-changes her contribution to the growth in the sport. Since founding DUN magazine, she’s leading the charge in changing the face of fly fishing. ORVIS: How long have you been fly fishing?

ORVIS: What ignited the spark in you to start DUN Magazine? How did the idea for your business come about?

ORVIS: What motivates you?

JR: Women motivate me. I figured back in 2013; I couldn’t be the only woman on the water. I didn’t see them where I was fishing in Michigan but knew they were out there. It seemed like we didn’t have a history, that we were new to the sport and felt uncomfortable on the water. So, what motivated me the most was learning that history of women’s angling and being like, “No! Wait! We belong here.” From that point, my thinking changed—realizing that I belonged. I belonged on the river. I belonged in the fly shop and wasn’t going to take “no” for an answer.

That was back then. Now, what motivates me the most is seeing that our DUN authors are mostly everyday women. At DUN we feel empowering an everyday woman’s story is important. I can have the big names in the industry write for us, but I don’t think that’s as inspiring as hearing from someone who picks up a fly rod for the first time and falls in love with it. So, I think it’s the everyday story that motivates me the most.