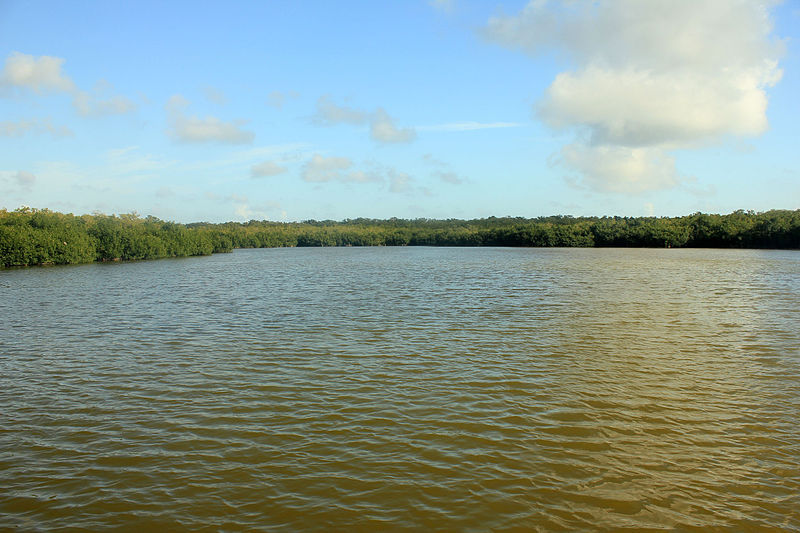 Who would defend the right to pollute?

Answer: Florida State Rep. Matt Caldwell, but under the cover of darkness – yours, mine and all the farmers in Florida

[dropcap]T[/dropcap]he Right to Pollute is worth billions, especially the right to pollute a national park. That means there’s money to be made defending that right. Champions of pollution build careers and fortunes helping private industry destroy public places, and few have attracted more mercenaries than the Everglades.

We saw it on the national stage last week as only three of Florida’s congressmen–Ron DeSantis, Brian Mast, and Francis Rooney–voted to check federal payouts to the sugarcane industry, the source of the biggest threat to Everglades National Park’s survival. In a political climate where few issues cross the aisle, defending two billionaire families’ right to pollute the Everglades remains a bipartisan tradition.

So does hiding that tradition behind farmers

The same illusion plays on the Florida political stage, where polluting industries hide their legislative agendas in agriculture policies, using farmers as human shields. It works. When politicians claim clean air and clean water initiatives hurt farmers, we give up. No one wants to hurt farmers.

Agriculture commissioner hopeful Matt Caldwell built a career running this trick. Five years ago, when Rick Scott’s cabinet faced legal action over giving public land to the sugarcane industry with no-bid, 30-year leases, Caldwell came to the rescue with an amendment declaring the deal “in the public interest,” posing as an advocate for farmers. (Contrast that with Senate President Joe Negron’s acknowledgement that more public land for the EAA reservoir would have meant fewer toxic discharges–Caldwell’s maneuver was actually the opposite of public interest.)

US Sugar executives rewarded Caldwell the following year, bringing him on a secret trip to Texas’ King Ranch with Gov. Rick Scott and Agriculture Commissioner Adam Putnam. None of the attendees could remember whether they discussed political strategy.

Soon afterward Caldwell sponsored the 2016 Florida Water Policy Bill, which as Carl Hiaasen pointed out, freed polluters across Florida from water quality regulations and clean-up costs. The impact would be especially hard on Lake Okeechobee and the estuaries to its east and west, Florida Bay, and Everglades National Park. Opponents, of course, were branded anti-farmer, and lost. Now Caldwell is running for Putnam’s seat, and of course Putnam–the water policy bill’s so-called “political shepherd”–has his sights set on the governor’s mansion, and US Sugar and Florida Crystals are bankrolling both.

Caldwell recently began posing for publicity photos in a cowboy hat, recasting his record as pro-farmer. So far few have dared to call him a champion of polluters; a defender of policies that blanketed the Treasure Coast with toxic algae and exposed waterside communities to elevated cancer, neurological, and liver disease risks…and left the water-starved Everglades fighting for survival…and put Miami’s freshwater supply in jeopardy…and wiped out Florida Bay’s seagrass meadows.

But maybe Florida’s farmers should speak up. Because the Right to Pollute doesn’t do much for them. They’re not the beneficiaries of Caldwell’s policies–just the cover. When the photo ops are over and the campaign staff leave town, farmers go back to work. They know they’re not pocketing federal subsidies or sweetheart land deals–those perks go to the industry execs who write the big checks.

Over the Memorial Day weekend, Martin County farmers had a chance to confront Caldwell when he visited Stuart, ground-zero for toxic discharges

Maybe there isn’t a Florida agriculture commissioner candidate who honestly supports farmers, with policies and financial support to reward stewardship practices and conservation. Maybe everyone fighting over this political stepstool is a champion of the Right to Pollute the Everglades, and like Caldwell, happy to let people confuse that with being a farmer. But it’s not the same thing.

South Florida is expecting more rain this weekend. Lake Okeechobee is swollen, and–thanks to Caldwell and his handlers–more polluted than ever. On the St. Lucie they’re already talking about toxic algae. That talk isn’t worrying the mercenaries, though… they’re safe as always, crouching right behind the farmers.

Featured Image is a Creative Commons — Public Domain photo by Yinan Chen. One of many a hidden bays in Everglades National Park. Allowing pollution is a deadly companion of this park.