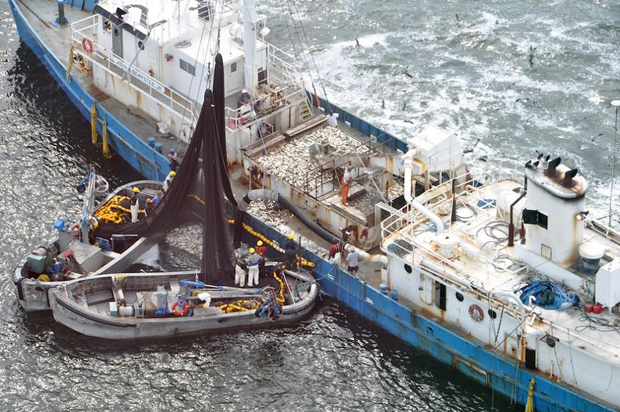 Conservation: Are baitfish the honeybees of the oceans?

Bait at the Crossroads. To manage or not, and how?

By Steve Kantner / photos by Pat Ford and Kantner Huge schools of baitfish once blanketed the surf. Is what anglers are reporting just a hiatus? Pat Ford photo.

[dropcap]S[/dropcap]alt water baitfish may be on the decline, with no end in sight. So says a growing number of coastal anglers, who view the shortage as affecting their interests—not the least of them, tourism. Whether the problem is real is up for debate. But if proven correct, it could have far-reaching consequences.

What does this mean to salt water fly fishers? Imitation is the goal of all angling with flies – including ethereal pursuits such as salmon and steelhead fishing. That’s why ample forage is an integral part of it. Mention salt water forage and most anglers think baitfish, which are typically associated with streamers and bucktails.

But there’s much more to forage than white-knuckle hook-ups. Take, for example, how baitfish represent the primary link in an undersea food web that unites all marine creatures—from tiny invertebrates to mammals and birds? Talk about mouthfuls! Frigate bird swoops on a school of frightened ballyhoo, while sailfish attack from below. Pat Ford photo

So far, In Florida there’s no confirmation that the stocks are dwindling. Yet it has happened elsewhere and the mere mention of a shortfall has the experts clamoring. One thing’s for sure: There have been changes—some that we fly fishers are well-aware of.

Take how, fly fishermen rely on live chumming–which, admittedly, amounts to a drop in the bucket. But, still, it speaks to the increased consumption of a finite resource. Add the very real threat posed by large commercial harvests (baitfish are now used for everything from fertilizer to cosmetics, to the pellet food that’s used in trout hatcheries) to a general decline in the quality of the environment, and you have all the ingredients for an eco-implosion.  So, what can we do to avert disaster? I posed that question to Thomas Wheatley, Manager of U.S. Oceans for the PEW Charitable Trusts. Wheatley, whose job includes staying abreast of these problems, says he’s optimistic about all the recent publicity:
“It’s important more than ever that we get the word out—about the role of baitfish in a sustainable environment. That’s job number one. If we can get everyone on board and collect more data, we can get right to work. We think a proactive management plan should be considered before we have a full blown problem.”
Wheatley continued:
“But there’s good news, too—that so many diverse stake holders have been willing to cooperate. It’s in everyone’s interest to provide for the future.”
He concluded with the following:
“We’d like to expand the dialog between sports and commercial interests, federal and state authorities including the Fish and Wildlife Conservation Commission (FWC), along with scientists and other organizations like ours.”

Scientist Justin Grubich, who works with Wheatley, has been pouring over data for the past year-and-a- half—studying statistics. He cites the importance of science in seeking solutions. Or, as he put it:
“No one knows for sure how much biomass is out there.  But rather than waiting, let’s get ahead of the train.”

Giant jack crevalles respond to a handful of baitfish.

When I asked Grubich if he’d witnessed any recent trends, he mentioned the shift away from single-species management–the traditional way to manage fish stocks–to a more-holistic approach: ecosystem-based fisheries management.

That’s where a wealth of factors are considered together: from the health of seagrasses and mangroves to overall water quality. Fly fisher, Paul Nute puts one in the air in a “healthy” canal that also serves as a nursery.

As for the International Game Fish Association (IGFA), it’s fully committed, as is the Florida Wildlife Federation, the Guy Harvey Foundation, Pew Charitable Trusts, the Snook and Game Fish Foundation, and other groups that favor a forage management policy – in this most-recent attempt to protect the environment.

“Remember,” added Grubich, “this isn’t just about fishermen. In fact, it was an Audubon study that alerted the scientific community to the importance of baitfish as they relate to seabirds.”

So, is there a problem and if so, is it fixable? While the debate continues—mired, albeit, by gaps in the data—both the Mid-Atlantic and Pacific Fishery Management Councils have taken action by curtailing the development of new forage fisheries. This has been lauded as a step in the right direction, but Florida has yet to take action.  Yet, it could be one of the first states to do so and, arguably, has the most to lose if a forage fish collapse does occur.

In fact, it was only recently that a coalition of stakeholders asked the FWC for enhanced forage fish data collection and management. Now, with Florida becoming our third-largest state (based on population), and with so much revenue hanging in the balance—not just commercial but recreational (i.e. tourism) —this call for action might turn the tide. Commercial fisherman, Ben Hartig, with a catch of Spanish mackerel that stayed in his chum slick. Either restrictions or shortages, could affect his ability to earn a living.

Only time will tell how we solve this dilemma. However, if there’s one thing all the stakeholders have in common, it’s a desire to keep Florida what it’s always been: “The Fishing Capital of the World.”

The menhaden population has not recovered throughout its historic range from Maine to Florida. Capt. John McMurray explains the importance of forage fish . . .

The sardine population along the West Coast has collapsed due to changing ocean conditions and other factors, including allegations of overfishing, prompting regulators Monday to cancel fishing next season and schedule a vote this week on an immediate emergency ban. Since 2007, the recorded drop in sardine population is 91%. Read story details . . .