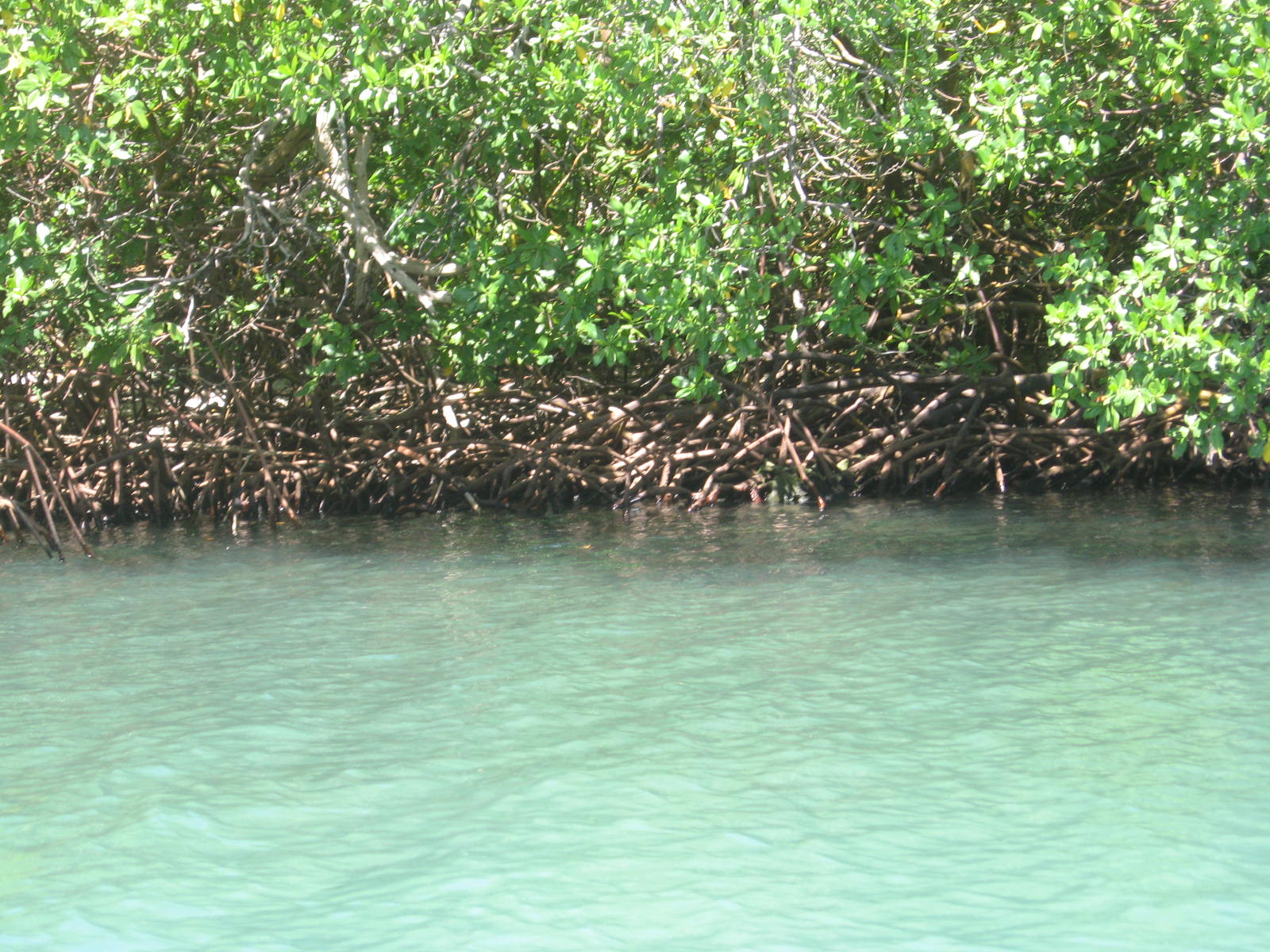 Conservation News: A National Park, Sea Change and Looking Back

Everglades National Park hopes to alter the tide of climate change and, perhaps, the future of park planning

According to a recent poll (2012), only two per cent of Canadians rejects the overwhelming scientific evidence that Earth is warming at alarming rates. U. S. polling indicates more deniers live in the U.S., but still only represent 15 per cent of the population.

The latter and former figures may seem surprising low given the volume of nonsense deniers, most of whom believe the fossil fuel industry funded “science” and papers spread through letters to the editor, blogs, radio call-ins, and website comments.
By Kevin Grange 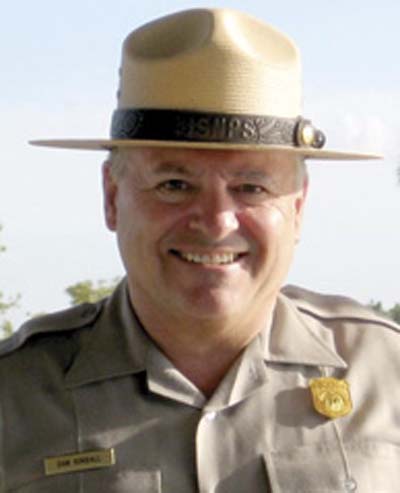 [dropcap]S[/dropcap]ixty-five years ago, environmentalist Marjory Stoneman Douglas prophesied in her classic book, The Everglades: River of Grass, which urban development and water diversion would dry out the land so much that the area would eventually erupt in flames. Her rightful concern may have prevented her from seeing the next threat that lay ahead—that seawater, not fire, might ultimately pose the greatest danger to this sensitive ecosystem.

Encompassing roughly 1.5 million acres, Everglades is the third largest national park in the lower 48 states. It’s also one of the most endangered. Over the past hundred years, the Greater Everglades, once a vast sanctuary of freshwater shallows and sawgrass, has shrunk to half its original size. Canals and levees, dug years ago to spur urban and agricultural growth, have drained thousands of acres of wetlands.

Now, as a result of climate change, rising seas are reconfiguring shorelines and pushing saltwater tides deeper into the park. Sea level around Key West has risen eight inches over the last century, and a regional working group is predicting another nine to 24 inches of rise in just the next 50 years, based on numbers from the U.S. Army Corps of Engineers.

Considering that 60 percent of the park lies less than three feet above sea level, rising tides could make the famed “River of Grass” a thing of the past. It could cause the inland migration of plants and animals, increase storm surges, and damage the park’s pine rocklands, a unique forest ecosystem boasting colorful flowers and plants. Rising seas also could inundate park buildings and wash away trails and campgrounds, destroy ancient Indian sites, and—perhaps most worrisome to residents—cause saltwater to intrude on the Biscayne Aquifer, the main source of drinking water for nearly 5 million people.

In some ways, the fate of these resources rests on the shoulders of an unlikely subject: a tree. Everglades National Park contains the largest contiguous stand of protected mangrove forest in the Northern Hemisphere, which provides foraging, nesting, and nursery grounds for manatees, crocodiles, herons, and a colorful array of fish. But they also have the vital job of separating the fresh water from Florida Bay, using a unique root structure to filter pollution, slow erosion, and trap sediment, thus creating a low, broad dike that protects against the advancing sea.

How will the mangroves adapt to the rising seas?

That answer depends on a complex set of factors, including the type of mangrove and its root structure, but scientists estimate that a large-scale disturbance such as a hurricane coupled with sea-level rise could turn mangrove forests into a desolate expanse of cloudy water and muck.

“Hurricanes Katrina and Wilma reminded us of the vulnerability of the site,” said past Park Superintendent Dan Kimball. “Our number one priority is to restore the freshwater flows in the Everglades, so the entire ecosystem is more resilient to the effects of climate change and rising seas.” And they might just be able to achieve that, thanks to the state and federal governments’ joint Comprehensive Everglades Restoration Plan, which is helping the park to remove canals and levees that inhibit natural water movement and storage—a $12.2 billion investment over 30 years. Returning natural flows of greater quantity and quality would provide a freshwater “wall” against advancing seas and help temper changes to the Everglades ecosystem. 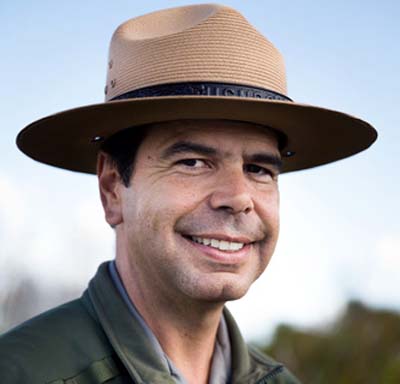 Pedro Ramos, the new Everglades National Park supt. has made great strides to improve the ENP experience, and done so without an obliging congress. ENP image. Fy Life Magazine is looking forward to a conversation with Supt. Ramos on the future of the park facing floods and rising water issues.

Consider Hurricanes Katrina and Wilma, which struck in 2005 and destroyed nearly all of the facilities in the beloved Flamingo area of the park. “We could have abandoned the site and walked away,” says park planner Fred Herling. “But we chose to see it as an opportunity to get more creative about [adapting to] coastal sites vulnerable to storms, climate change, and sea-level rise.”

When redevelopment plans stalled due to budget concerns, NPCA’s Sun Coast office launched a tireless campaign of surveys, sign-on letters, reports, and studies that illustrated not only the strong visitor interest in the area but the potential economic benefits of rebuilding Flamingo. “A recent Park Service report shows that for every federal dollar invested in our parks, ten dollars are generated,” says Jacqueline Crucet, senior program coordinator in NPCA’s Sun Coast office. “It’s a great return on investment.”

Actively participating in NPS planning efforts, NPCA also helped park staff dream up a new vision for Flamingo: Rather than rebuild and replicate old facilities, many constructed at grade, the park replaced fixed docks with floating ones, built new elevated housing for staff, and is considering seasonal eco-tents, mobile structures and elevated cottages that could be relocated to meet visitor needs. The result? A more sustainable national park that’s less expensive to maintain and responds to change as readily as the ecosystem it protects.

In 2013, much of Flamingo’s future will be spelled out. Near term, visitors can learn about climate change through park flyers. Also, climate-change wayside exhibits are currently in development.

“My hope is people will come to the Everglades, fall in love with the park, and want to learn more about it,” says Kimball. “The park is one big scientific platform that tells the climate-change story.”

“We have a great opportunity to educate millions of people in the decades ahead,” adds Herling, who has been inspired by all the different organizations working together on this issue. “And NPCA has been a real champion in elevating the discussion.”

South Florida is home to more than 6 million people. According to Harold Wanless, a geologist at the University of Miami, the rise in sea level expected by the end of the century would put 56 percent of developed areas under water at high tide 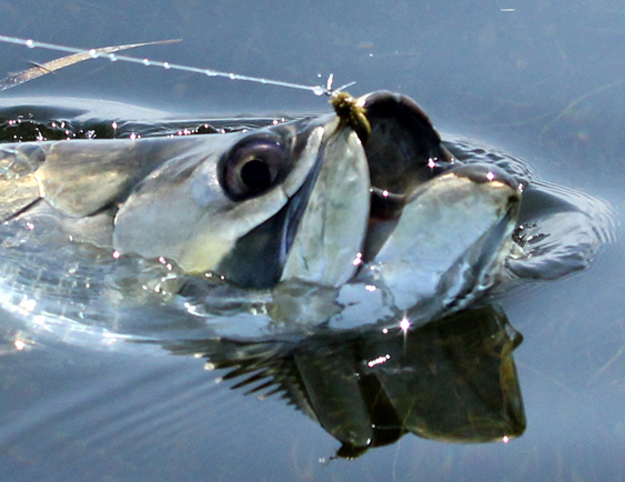 NOTE: Story source – Kevin Grange is a freelance writer in California. His first travel memoir, Beneath Blossom Rain, was published in April 2011.