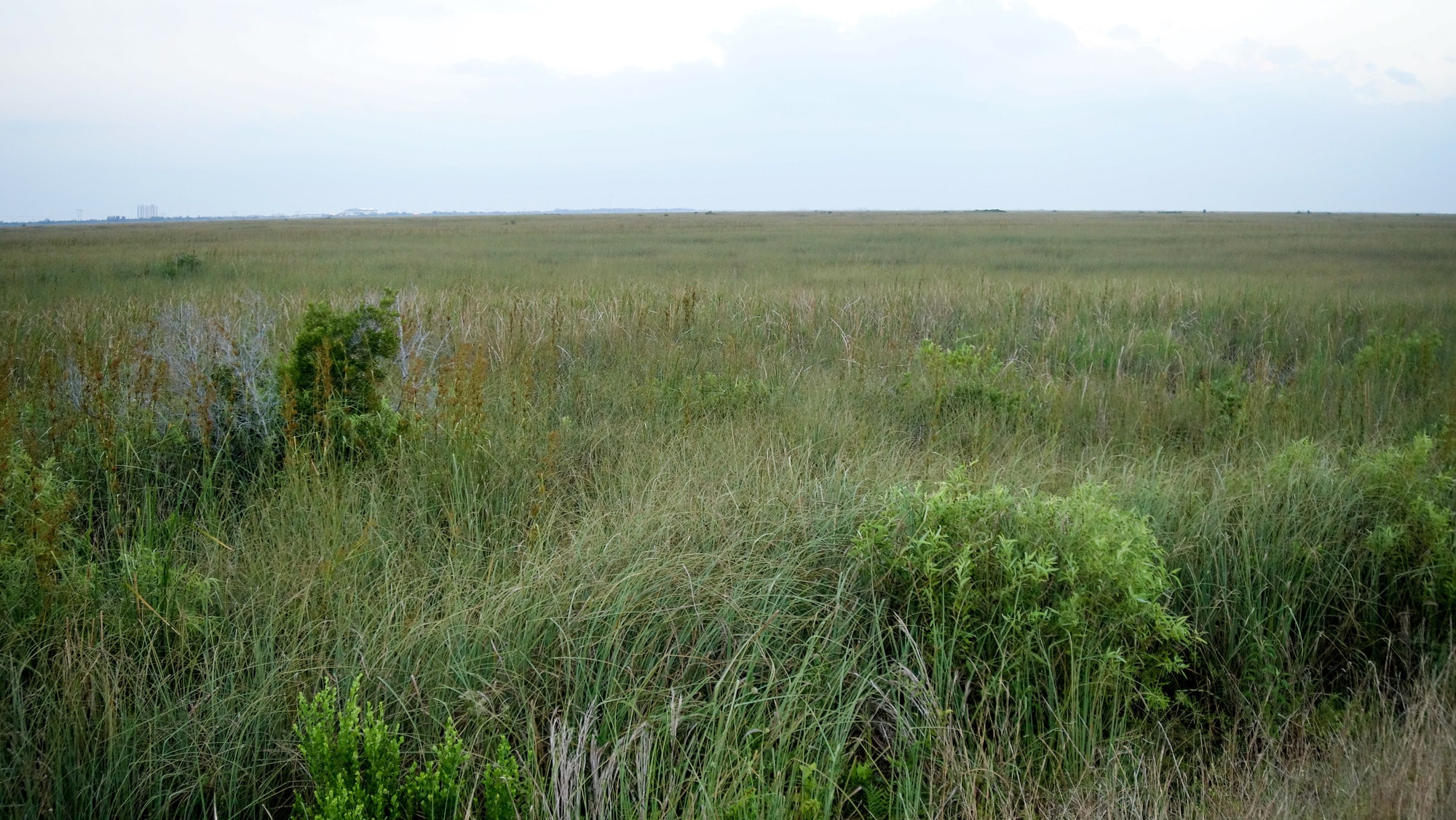 East Coast Wetlands: We’re losing twice as much as we restore 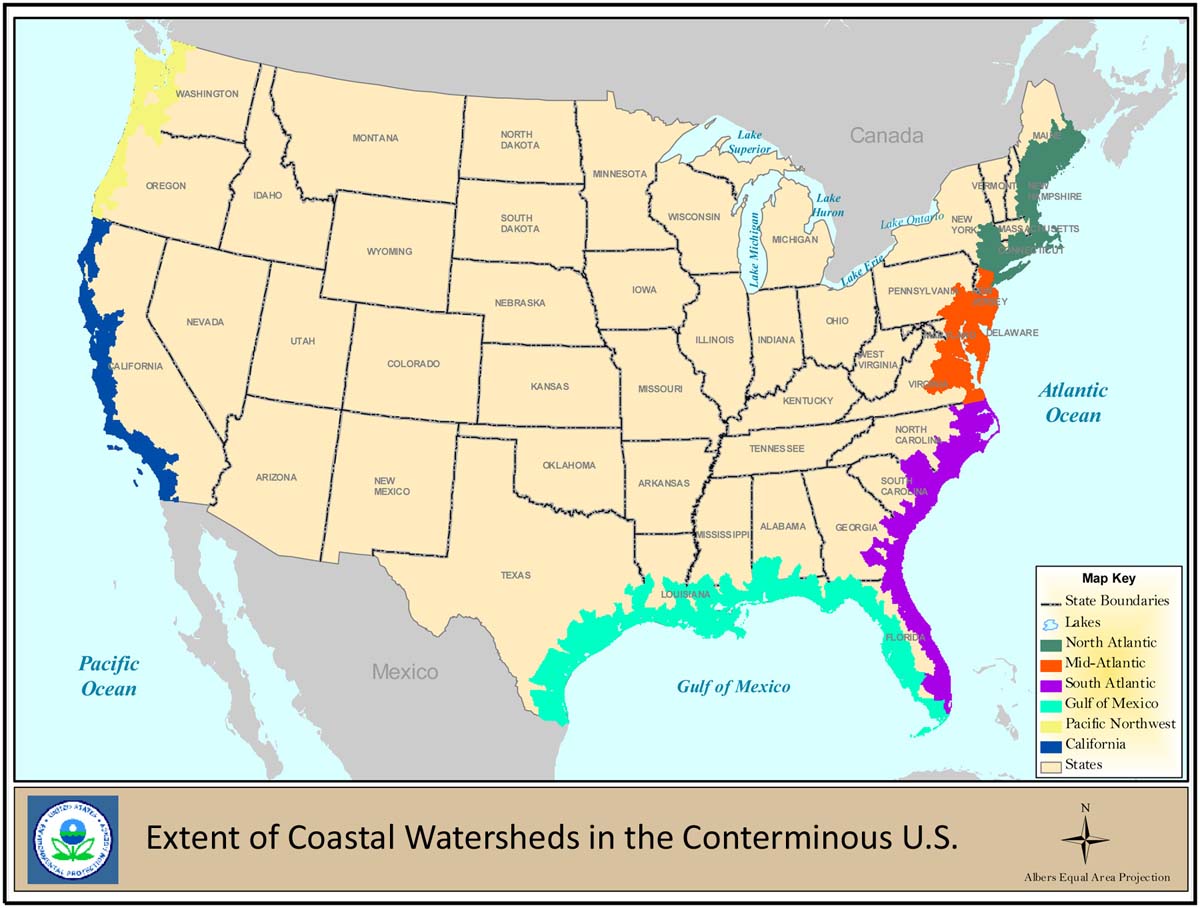 As seen on this map, coastal watersheds can extend many miles inland from the coast. The extent and condition of wetlands within a coastal watershed is both dependent on and influences the health of the surrounding watershed. Wetlands in ç are experiencing disproportionate losses compared to wetlands in the rest of the country, making them particularly important areas for protection. Map by EPA.

Despite their environmental and economic importance, coastal wetlands (wetlands located in coastal watersheds) in the eastern United States are being lost at twice the rate they are being restored. More focused protection strategies are required to reverse this trend.

Total U. S. wetland losses and gains and the resulting changes in land cover between 2004 and 2009 in freshwater and saltwater  wetlands:

NOTE: Based on information from Status & Trends of Wetlands in the Coastal Watersheds of the Conterminous United States 2004 to 2009.

Why are coastal wetlands important?

Coastal habitats provide ecosystem services essential to people and the environment. These services are valued at billions of dollars.

Services provided by coastal wetlands include: 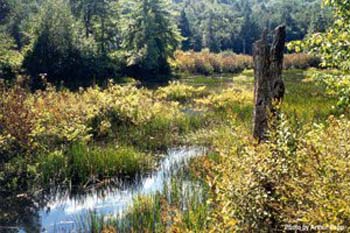 Erosion Control: Coastal wetlands can prevent coastline erosion due to their ability to absorb the energy created by ocean currents which would otherwise degrade a shoreline and associated development. 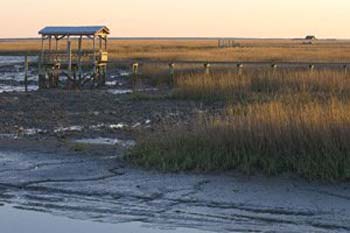 Commercial Fisheries: Over 50 percent of commercial fish and shellfish species in the Southeastern United States rely on coastal wetlands.

Water Quality: Wetlands filter chemicals and sediment out of water before it is discharged into the ocean.

Carbon Sequestration: Certain coastal wetland ecosystems (such as salt marshes and mangroves) can sequester and store large amounts of carbon due to their rapid growth rates and slow decomposition rates.

What is the rate of coastal wetland loss?

Coastal wetland acreage trends are documented in the Status and Trends of Wetlands in the Coastal Watersheds of the Conterminous United States (PDF)(58 pp, 12 MB, About PDF) report by the U.S. Fish & Wildlife Service (FWS) and the National Oceanic and Atmospheric Administration’s National Marine Fisheries Service. This analysis concluded that more than 80,000 acres of coastal wetlands are being lost on average each year, up from about 59,000 acres lost per year in the previous study covering 1998 to 2004. A majority of this loss occurred in freshwater wetlands. 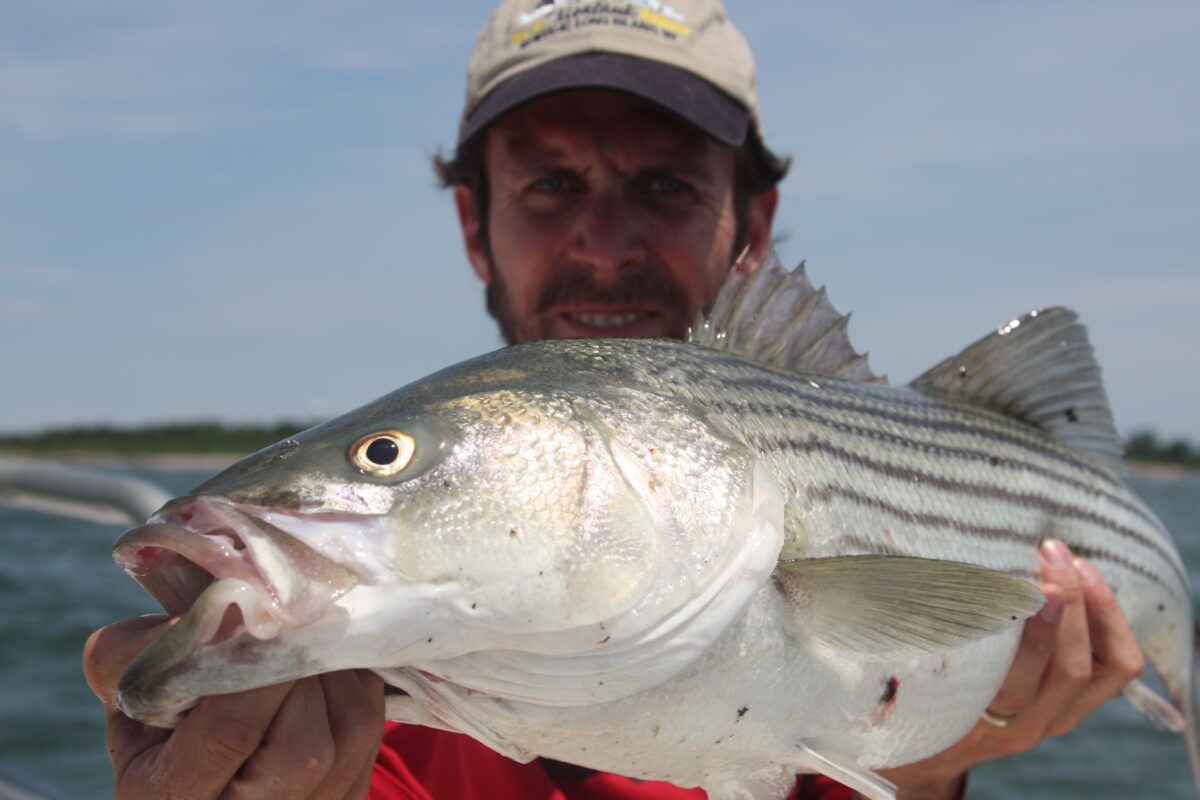 Captain Andrew Derr , an active guardian in the protection of Eastern Long Island’s remaining wetlands, shows a clients nice striper caught on a wetlands boundary this past spring. The history of the striped bass fishery in North America dates back to the Colonial period. Many written accounts by some of the first European settlers describe the immense abundance of striped bass, along with alewives, traveling and spawning up most rivers in the coastal Northeast. Capt Derr photo.

What are coastal wetlands?

The diagram below illustrates the range of wetlands which can be found in a coastal watershed. These wetlands can be tidal or non-tidal, and freshwater or saltwater. 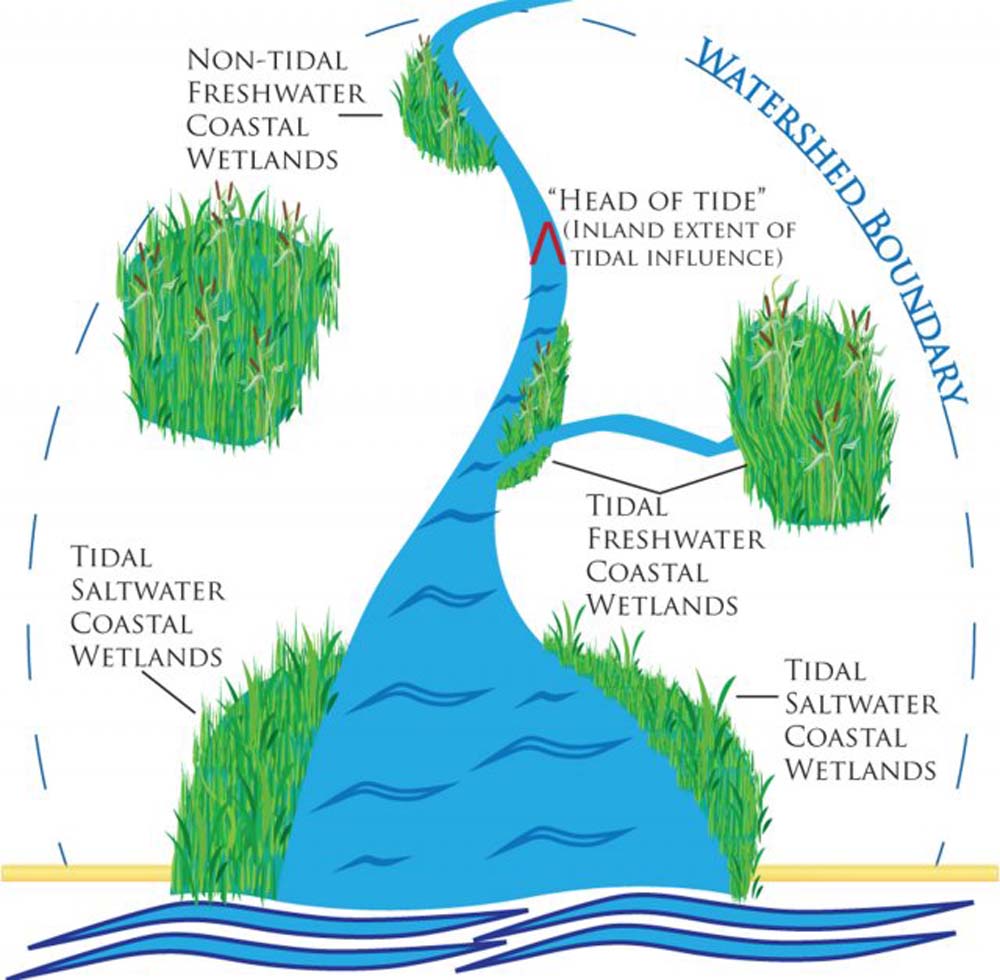 Why are coastal wetlands being lost?

Coastal wetland losses occur as a result of both human activity and natural processes.

Human Activity: Human activities which may lead to losses of coastal wetlands include urban and rural development, agriculture, and silviculture. These land use changes can also indirectly impact nearby wetlands by altering hydrology through increased runoff or water withdrawals in the watershed. Most of this loss occurs in freshwater wetlands. Over half of the U.S. population lives in coastal counties, intensifying the stress on coastal wetlands relative to inland areas.

Natural Processes: Coastal wetlands, especially estuarine and marine wetlands, are naturally altered by high energy events such as erosion and inundation from sea level rise and storms. The impacts of these processes may be magnified by climate change and shoreline armoring. Estuarine wetlands typically protect the coastline from erosion and flooding, but if sea level increases and development prevents inland migration of wetlands, more wetlands will be converted to open water.

Striper is the newest addition [December 2021] of award winning watercolorist Thom Glace. The striped bass (Morone saxatilis), also called the Atlantic striped bass, striper, linesider, rock, or rockfish, is an anadromous perciform fish of the family Moronidae found primarily along the Atlantic coast of North America. It has also been widely introduced into inland recreational fisheries across the United States. Striped bass found in the Gulf of Mexico are a separate strain referred to as Gulf Coast striped bass. The striped bass is the state fish of Maryland, Rhode Island, and South Carolina, and the state saltwater (marine) fish of New York, New Jersey, Virginia, and New Hampshire.