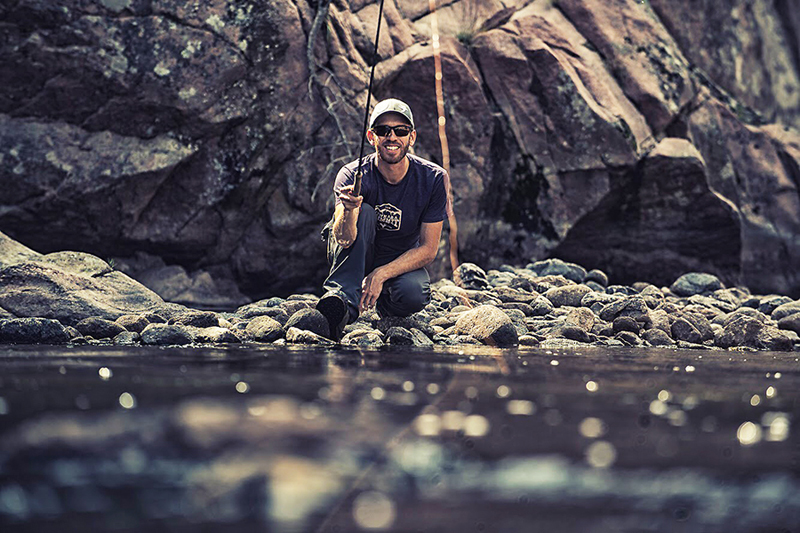 Wrong headedness getting too common online. Maybe it is time we get over ourselves

By Skip Clement, the editor

I have no intention of withdrawing opinions as expressed in my April 28th story [You Can Dap and Nymph Fish Your Way to ‘Mo Betta’ Results]. However, I can say I’m sorry for upsetting those who felt slighted for being Tenkara fly fishers. However, I’d never retreat from saying that Tenkara is particularly appealing because it is easy to learn to do – fly fish, and absent of any difficulty similar to casting a fly conventionally.

The source of discontent may be that some purist fly fishers are under the delusional belief their “fly fishing” religion holds sway and that Tenkara, nymphing, dapping and other forms of presenting a fly are not fly fishing.

Using current presidential-like expressions these self-proclaimed purists, these hecklers believe that fishing in any other way than theirs is the same as teasing game fish into a bite with dead or live baits, casting chunks of shaped metal, and plastic – all with trebled hooks and thus, not fly fishing.

These Wingnuts believe they have Patrician-like divined rights as fly fishers and that Tenkarans are only Plebeians – proletariat and not really fly fishers and therefore deserve to be poked fun at and ridiculed. 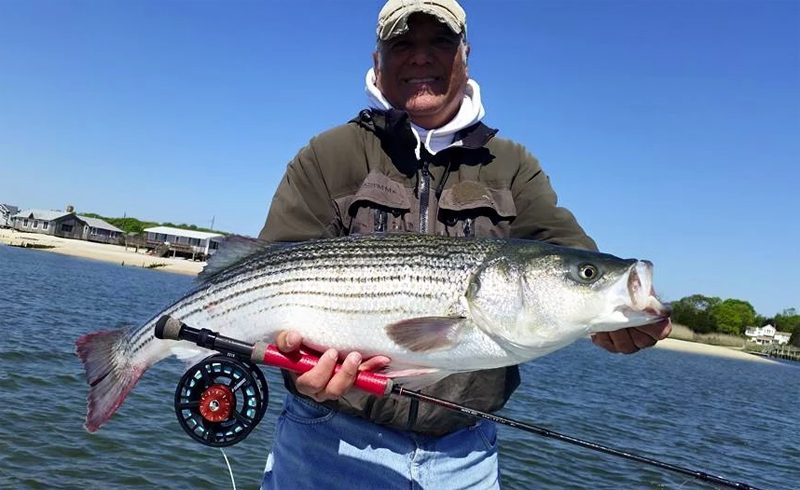 Former editor, published author, columnist, conservationist, part-time Tenkara angler, and all around knowledgeable angler, boat captain, and fun fly fishing guide,  Capt. Andrew Derr pointed out to me that the Tenkara community has been ridiculed for a long time by a small band of fly fishers who have slighted Tenkara as “fake fly fishing.”

George Daniel refers to casting in terms far distant from the commonly held nomenclature – calling casts, without hesitation – flopping, flipping, and lobbing a fly, but those terms in Daniel’s book are specific techniques of “casting a fly” – sometimes

George Daniel, three time author on nymph fishing books is also a two-time US National Fly Fishing Champion and 5th ranked as such in the world. He logs more than 280 days a year on water each year – has been fishing the middle counties of Pennsylvania since childhood and probably knows more about nymphing and dapping than anyone in the US. 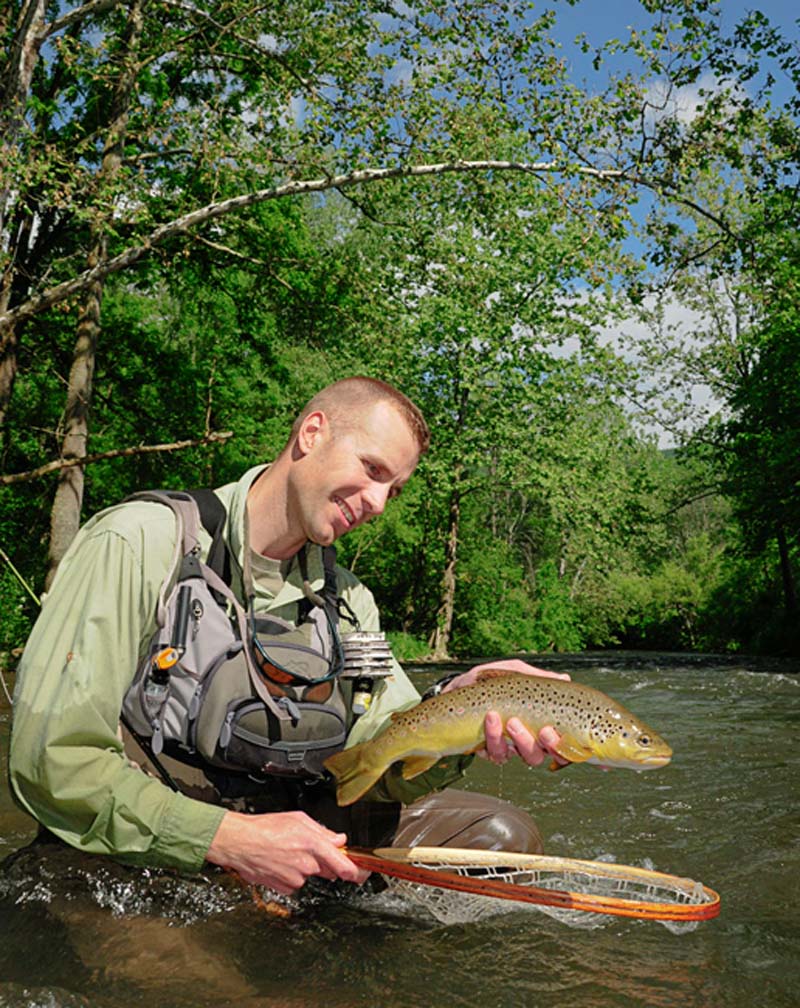 George Daniel shows off a brown trout from one of his Pennsylvania home waters. George is probably familiar to many of you already. He has appeared on ESPN and OLN while competing in the Great Outdoor Games and the Fly Fishing Masters, he has competed around the world as a member of Fly Fishing Team USA, and he is the author of Dynamic Nymphing. He’s also a certified FFF Fly Casting Instructor. Photo courtesy of George Daniel.

My unintended slight was apparently restating, I thought, the rallying cry of Daniel Galhardo’s promotion of Tenkara. “It is easy to learn and does not require difficult conventional casting skills. It is very simple casting anyone can do.” – [paraphrasing from memory]

If you do have well-practiced casting skills of the traditional kind and have 65 years under your belt catching everything from sailfish to payara, and sharks to blue gills on a fly, you know Tenkara does not require nor need casting as commonly practiced to be successful.

If you’re new to fly fishing, thanks to Tenkara, you’ve got no dog in the discussion, so listen and read-only.

I Tenkara fish on planned outings. I got my pick of rods without making a mistake by talking with Daniel about buying one three years ago. Now I’m on a quest for a second rod. My tenkara outings generally take me on-foot to small streams with fat little brookies that in bright sun look like they were painted by AD Maddox.

I fish other local ponds crowded with crappies and other panfish as well as a largemouth bass pond on a friend’s farm not far from me. When one ages Tenkara fly fishing keeps you in the game because of design and simplicity, which eliminates “casting” as we all know it.

A shot of my current model Tenkara fly rod and looking to make some changes. Photo credit SGBmedia.

Are there other venues with opportunities to fly fish Tenkara style?

Yes, hundreds and more seem to evolve monthly, and that’s part of the intrigue of Tenkara. Still, at 81, I don’t plan on Tenkara trips to try on new destinations, new fish species, or new, non-traditional methods of using Tenkara. But I do know that without a reel, the limit of fly line and leader length, there’s no need of casting a fly conventionally.

Concluding – Fly fishing is what makes my life go ’round

For me, using Tenkara and casting or flipping my fly, so it will bounce off a boulder 10-feet from me and have it fall into the water on the backside, and treat a double digit Chattahoochee River brown to eat is as much fun as pitching a mouse fly 40-feet from a drift boat so it will land onshore. And then swim the mouse back into the water so the fly provokes an Alaskan rainbow or Dolly to eat.