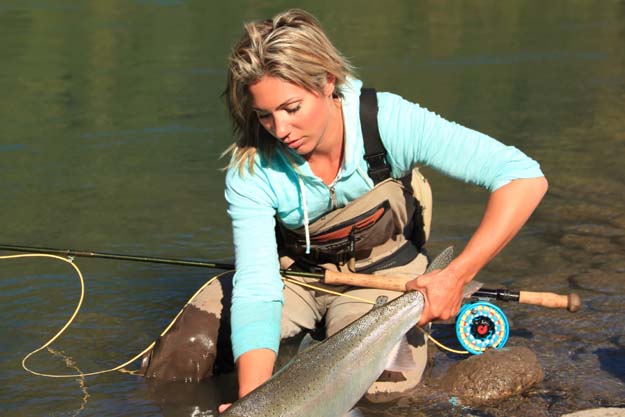 In fly fishing, men are not equal to women

[dropcap]I[/dropcap]’m going to come right out and say it: Women are naturally better fly fishers than men.

Angling with artificial flies has a very long history, starting with Dame Juliana Berners (1496) writing the first description of the sport over 500 years ago.  In the last century, Joan Wulff held the world record for distance in fly casting for decades.  More recently, anglers such as Cathy Beck and the Lange sisters in Montana have become respected names in the industry, and I have it on very good authority that April Vokey can handle the business end of a spey rod with consistently excellent results.  But for the most part, the current culture of fly fishing has been formed either by the published academic opinions of desiccated old men or lately, the Hi Def visions of the GoPro Bro-Brah’s currently populating the high country of the West. This media environment has created many preconceptions that shape how people approach our sport. Women who have excelled in the craft have had to sidestep the influence of we men like sociological ninjas.

Think about the true nature of fly fishing — the elements of reading the environment, and the delicate application of power — and you’ll eventually realize that women are better equipped from the get go, both physically and mentally. After a decade and a half of working as a guide with brand new, first time anglers I began to see this consistently, and not only had to acknowledge it to be a better host but realized that I maybe had my perspective wrong in the first place. 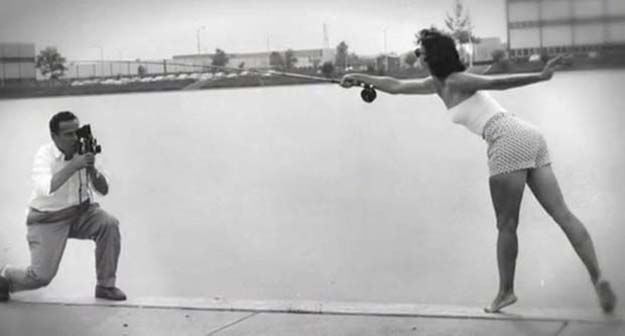 n 1948, noted fly fisher Charles Ritz invited Joan to the first post-war fly fishing event to re-open in Europe, and she won the competition in an impressive fashion at only 21-years-old. In 1951, she became the first woman in history to win the Fisherman’s Distance Event, casting 131 feet against all-male competition, a truly remarkable achievement. Image credit Joan Wulff.

For starters, there seems to be an openness in accepting new information

I can’t tell you how many times I’ve been out with a man and wife couple for the first day of instruction in river fishing, and after quickly absorbing what I had to initially offer, the woman angler starts to hook up well before the man does.  The man then invariably reacts by attempting longer casts and deeper wading, which in early season usually results in his getting his ass handed to him, followed by a nice long break while we empty out waders, put on dry socks and rebuild leaders.